How artificial intelligence is helping these companies protect the world's wildlife 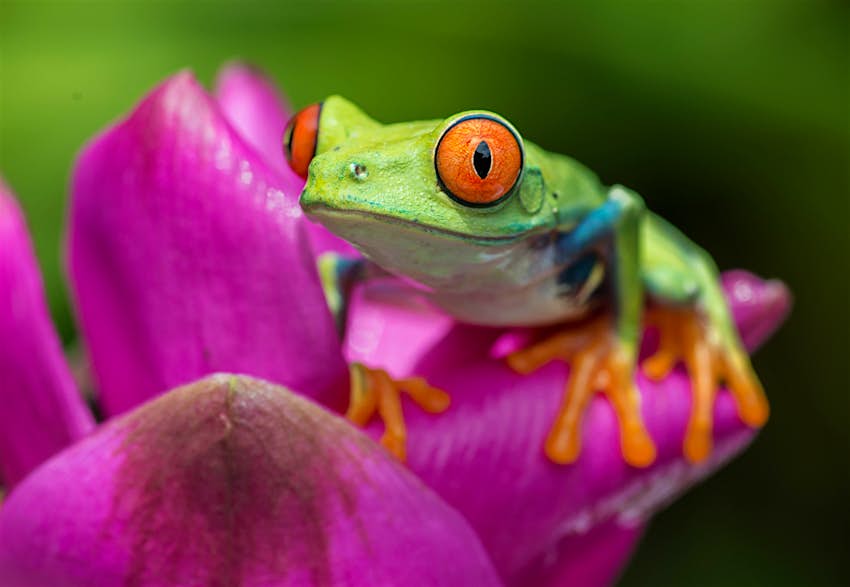 Animals are disappearing from the Earth at a rapid rate, but some organizations are using AI to help save them © Paul Vachier / 500px

Achieving ethical travel goals has become a pressing ambition for many of us who wish to protect our vulnerable environment while still exploring the world. We are now acutely aware of how our carbon footprint stamps the earth, and how our daily recycling and commute behaviors can contribute towards the bigger green picture.

Tourism has been partly blamed for lending to the endangered status of many of the word’s beautiful wildlife, but there is a counter argument for finding responsible excursions and projects to take part in that may actually help minimize the damage being done.

While the future of many living organisms is at risk if the activities of humans continue to place the same demands on the earth, these ethical travel projects actually help drive awareness among policy makers – and tourists in general – as to the extent of the difficulties many species face.

Aside from the economic motivation incentivizing those on a political level in those visited areas to "do something," this education also encourages us as travelers to "do more" when we return to our own homes. Knowledge, as they say, is power.

Spiraling in a negative trajectory, the loss of wildlife species is currently estimated to be at least 1000 times higher than natural extinction rates. In better news, artificial intelligence (AI), and the continuous advances in technology, are allowing governments, organizations, and individuals to work toward a cleaner planet; on land, across air and in water.

Machine learning, data mining, smart sensors, image-recognition algorithms, remotely piloted aircraft and smart measurement devices; these are just some of developing tools that can be used to combat one of the greatest challenges facing our world today: sustainability.

And companies committed to the conservation of wildlife have been utilizing these tools, and more, as they strive to improve the efficiency and effectiveness of a growing number of programs and projects.

These innovations in wildlife protection have been created to battle against the pressures from unsustainable human activities that contribute to over-exploitation, climate change and habitat loss.

According to a landmark report from the United Nations' Intergovernmental Panel on Climate Change (IPCC), worked on by more than 100 scientists from 36 countries, future damage from the rising seas and melting glaciers that cover 80% of the earth is inevitable.

For some perspective on this, close to 6.6 billion tons of seafood has been taken from our oceans since 1950 and nearly 200 million people depend on coral reefs for protection against storm surge and waves (WWF figures).

However, the "Special Report on the Ocean and Cryosphere in a Changing Climate" allows for a glimmer of hope that the world still has time to stem the damage being done to corals and other marine life – if they act now.

This follows the most recent Living Planet report, published by the World Wildlife Fund (WWF) every two years, which has shown population sizes of wildlife have decreased by 68% globally between 1970 and 2016.

WWF President and CEO Carter Roberts has previously told Forbes that the report tracks a representative set of animals and the demands humanity places on the planet – and both of these trajectories continue to head in the wrong direction.

“We are losing species, in some cases at an accelerated rate, and humanity demands 1.5 times what the planet can sustain," Roberts says. "That can’t last.”

The ability to measure, track and assist in protecting and prolonging life in a species of wildlife is becoming more and more accessible and effective as companies – and scientists – leverage the technology at hand.

Seattle-based Snow Leopard Trust is a nonprofit group that works to protect the endangered cat on the ground in China, Kyrgyzstan, India, Mongolia and Pakistan. It does this by gaining a better understanding of the animals’ needs and behaviors, its surroundings and threats.

Partnering with Microsoft, the organization is using an AI solution to improve the data collection from their remote cameras, helping to identify snow leopards from other animals that may have triggered the camera sensors and classifying hundreds of thousands of photos in mere minutes.

Another method being used for tracking behaviors such as the sleeping and travel patterns of species of wild land animals are smart collars. While traditional collars have come under some controversy for the data that could potentially be accessible by hunters, groups such as Kenya-based nonprofit Save the Elephants believe that the collars actually help to outsmart would-be poachers.

The real-time feed from these devices – which detect panicked motions as if the animal were under attack, or inform if the animal enters an area hunters are known to frequent – allow rangers to react and steer the elephant away from danger, and potentially lead to arrests of poachers.

Scaling up or down – and thinking outside the box – when interacting with such a wide range of wildlife at risk is essential. But whether it’s a teeny tiny backpack that weighs 5% of the weight of a resilient piping plover, or gene sequencing to solve the Tasmanian devil’s facial cancer crisis; AI and technological advances are making these things possible.

One exceptional ongoing project is that of the New Zealand Department of Conservation’s Kakapo Recovery Program. The official “spokesbird” for New Zealand conservation, the kakapo is veering very closely to extinction and scientists are using fitness trackers and semen-carrying drones to help the bird reproduce.

When it comes to our ocean life, we explore yet another realm of innovation. OceanMind, for example, helps to inform and empower authorities and seafood buyers on fishing compliance around the globe. From cutting-edge technology for “dark vessel” detection and real-time alert feeds to supply chain transparency and surveillance of marine protected areas, the non profit’s mission statement after a relaunch last year is clear: protect the world’s fisheries.

Taking a rather different approach in caring for the water wildlife is the Zoological Society of London’s Karina Acevedo-Whitehouse. The scientist is behind a non-invasive method of collecting samples from whales to assess health: by recovering the mammals’ snot from outside of the blowhole.

The technique involves using a 3.5ft remote-controlled helicopter with petri dishes attached below to be positioned in the "mist" of a blow arising from the ocean’s surface. Analyzing the mucus can then determine if there is anomalous bacteria present.

The future of AI and conservation

As the world becomes increasingly aware of humanity's impact on the environment and ecosystems, technology will play an increasing role in stemming the loss of wildlife.

The groups above are just the tip of the iceberg when it comes to the AI-related activity being done to counteract the potential extent of destruction. The power of the technology that many feared would lead to the loss of their job could save the planet.

The 10 best things you can do for free in Baltimore