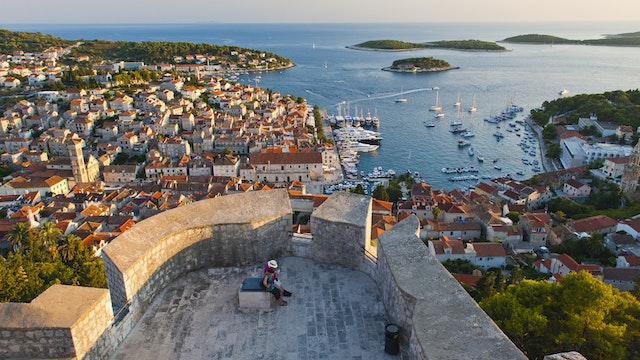 Looming high above the town and lit with a golden glow at night, this medieval castle occupies the site of an ancient Illyrian settlement dating from before 500 BC. The views looking down over Hvar and the Pakleni Islands are magnificent, and well worth the trudge up through the old-town streets. Once you clear the town walls it's a gently sloping meander up the tree-shaded hillside to the fortress – or you can drive to the very top (100KN in a taxi).

The Byzantines built a citadel here in the 6th century, and the Venetians began construction of the present fortress in 1278. It was strengthened in 1551, which may have saved the lives of Hvar's population, who sheltered here in 1571 when the Turks sacked their town. The Austrians renovated it in the 19th century, adding barracks. Inside there's a collection of ancient amphorae recovered from the seabed, and a terrace cafe.