Where to travel based on your Chinese zodiac sign

An ancient Chinese myth states that the world’s first god – the Jade Emperor – designed the zodiac. The 12 most auspicious animals held a great race to go to the emperor’s party, and it was decreed that the animals would be placed in the zodiac in the order in which they arrived. High jinks ensued as each animal played to their natural strengths in a bid to get there first.

The rat used its wits and speed to win the race and was named first in the zodiac, with the loveable pig, who had been distracted by delicious treats along the way, finishing last; a 12-year zodiac cycle was created, with each year corresponding to one of the animals.

People born in that year are said to take on characteristics associated with its zodiac animal. And every time ‘your year’ (known as běnmìngnián, 本命年) rolls around, it is believed to be bad luck for you, with a series of superstitious activities, ranging from wearing red undergarments to rearranging the furniture in your home, recommended to combat ill fortune.

If you’re not sure what your Chinese zodiac is, check your sign using a calculator tool. The Chinese zodiac follows the lunar calendar – the year starts at Chinese New Year and the dates shift annually – so if you were born in January or early February, be aware that you might actually fall into the zodiac year before the year of the birth according to the western calendar.

Whether you’re a trustworthy pig, a cheeky monkey or a daring dragon, read on to find out where you should travel based on your Chinese zodiac sign.

Lovely pigs are trustworthy as well as curious and easy-going. You’re superb planners and can feel at home almost anywhere. Being so trusting, you should travel somewhere you’ll receive as warm a welcome as you’d extend, and there’s nowhere more hospitable than Ireland. Your optimistic attitude and ability to have a good time almost anywhere will fit right in with the fun-loving locals in the Emerald Isle. As the Irish say: céad míle fáilte – one hundred thousand welcomes!

Like their real-world animal counterparts, people born in the Year of the Dog are loyal, sweet and loveable. They prefer the quiet life and staying in the company of a few good pals rather than going on solo trips. Dogs are creatures of simplicity and enjoy being active and playful outside, so we think a friend-filled getaway in the Colorado Rockies would be perfect for you. Grab a scenic camping spot or cosy rustic cabin and take your paws and pals for a long mountain walk.

Though some may see your sign as being a bit cocky, dear rooster we prefer to recognise you as brave and self-confident. You dream big but are organised enough to see those dreams through to fruition, and you’ve got a carefree streak that makes you crave adventure. We reckon a road trip around Namibia will suit you just fine: sleep under the stars, explore wide deserts, witness wildlife communing around watering holes and awaken like a true cockerel to watch the sunrise over sand dunes.

Like China’s most famous mythical figure, the Monkey King, you have a bit of a mischievous side. You’re witty, curious, love a good laugh and are a fast learner about subjects that intrigue you. We think child-at-heart monkeys should head to Florida, where your inner kid can play in a slew of amusement parks, sporty monkeys can surf and swim, thrill-seeking monkeys can zoom through the Everglades on an airboat tour and limelight-loving monkeys can hit the dance floor in Miami.

Sheep are intelligent, social and stylish (we love your woolly jumper). Your natural habitat is being surrounded by greenery and fresh air, and like your ovine counterpart, you are a group-minded creature who prefers travelling with friends and making new ones wherever you go. We think you 'll love New Zealand’s crystalline air, gorgeous mountains and pleasingly tidy cities filled with thoughtful, charming locals to befriend. Plus, New Zealand has 30 million sheep and just 4.5 million people – that’s about six sheep per person – so you’ll feel right at home.

*A word about the sheep: the Chinese word 羊 yáng translates to Caprinae, the family of bovids that includes goats, sheep and ibex, causing some confusion as to exactly which animal represents this sign. Take your pick!

Likeable and warm-hearted, horses are herd animals who love to be in social situations. You find energy at big events and love being with other people; you’re also a creature of strength with a sometimes unexpected wild streak. We think you should head to offbeat Novi Sad, which hosts Serbia’s largest festival (and one of Europe’s coolest) – Exit Festival. You can rock out to bands playing on 16 different stages, go zip-lining or just soak up the crowds, then head off to explore the hidden corners of this sweet little Balkan town.

Snakes are known as wise, intuitive thinkers. You are usually artistic types and are a bit of an enigma, enjoying both peace and quiet as well as fine and expensive things. You also thrive on new ideas and revel in learning about the history, culture and language of any place that you visit. In Senegal, you’ll get a heady mix of historical architecture, boutique hotels and busy local markets as well as a dose of creativity in capital city Dakar – home to one of West Africa’s foremost art scenes and the Dak’Art Biennale of Contemporary African Art. And, most importantly for snakes, there are also vast interior national parks, wildlife reserves and empty sand beaches to escape to when you start to crave solitude.

Powerful dragon, you are the only mythical creature in the Chinese zodiac (oh, but are you really mythical?). Arguably the most important creature in Chinese legend, the dragon is a strong, courageous, idealistic leader who loves to be on the move. You’ll appreciate visiting somewhere with a sense of romance and where you can be active, so we’re sending you to your spiritual homeland: China. You’ll feel right at home amidst the staggering karst peaks of Zhangjiajie in southerly Hunan province – in fact, your dragon’s lair might just be lurking here among the mist-covered mountains.

You may appear soft and furry, gentle rabbit, but you also have a great sense of humour and an eye for detail. Your patience affords you an appreciation for the complexities of art and you are a compassionate soul who likes to dig deep into the history and culture of the places you visit. Iran is a treasure-box of all the things you love most: kind-hearted people and a wealth of architectural wonders. Of all the animals of the zodiac, you will most value the endless, welcoming cups of tea and warm smiles that greet you around every turn in Iran.

Restless tiger, you are adventurous and excitable and always follow your passions. Tigers can handle anything but hate preparing for it – they love their travel with a hint of recklessness. Many tigers are adrenaline junkies, but the main point is, you’ll want to visit somewhere rather unconventional. We reckon you should venture to lush Guyana, one of South America’s smallest and least-visited countries. You’ll easily see beyond Guyana’s economic and political struggles and relish getting under the skin of this unsung beauty, whether finding your way through its lush jungles to wild Amazonian waterfalls or scouring the streets of the edgy capital city, Georgetown.

Steadfast and an excellent planner, the honest ox has a keen eye for detail. Your resoluteness makes you fit for long trips, and your penchant for the quiet life means that slow travel is your bag. We suggest you take to your travels on your own two feet and hike the Appalachian Trail. Spanning more than 3500km from Maine to Georgia, this is an epic walk that winds through 14 US states. It takes most hikers between five and seven months to complete – plenty of time for your considered pace and observant, contemplative nature.

Clever, resourceful, quick-witted and curious, people born in the Year of the Rat need a lot of variety. You have some of that ‘can’t sit still’ energy and, as the first animal in the zodiac, your sign represents new beginnings. You like a little bit of everything and many of you are night owls, so we suggest a trip to Lima, Peru – specifically the eclectic Barranco neighbourhood. A night market, street murals, cafes and ceviche joints, contemporary art galleries, colonial mansions turned into trendy bars for every tipple – energetic rats will never get bored in the Peruvian capital. 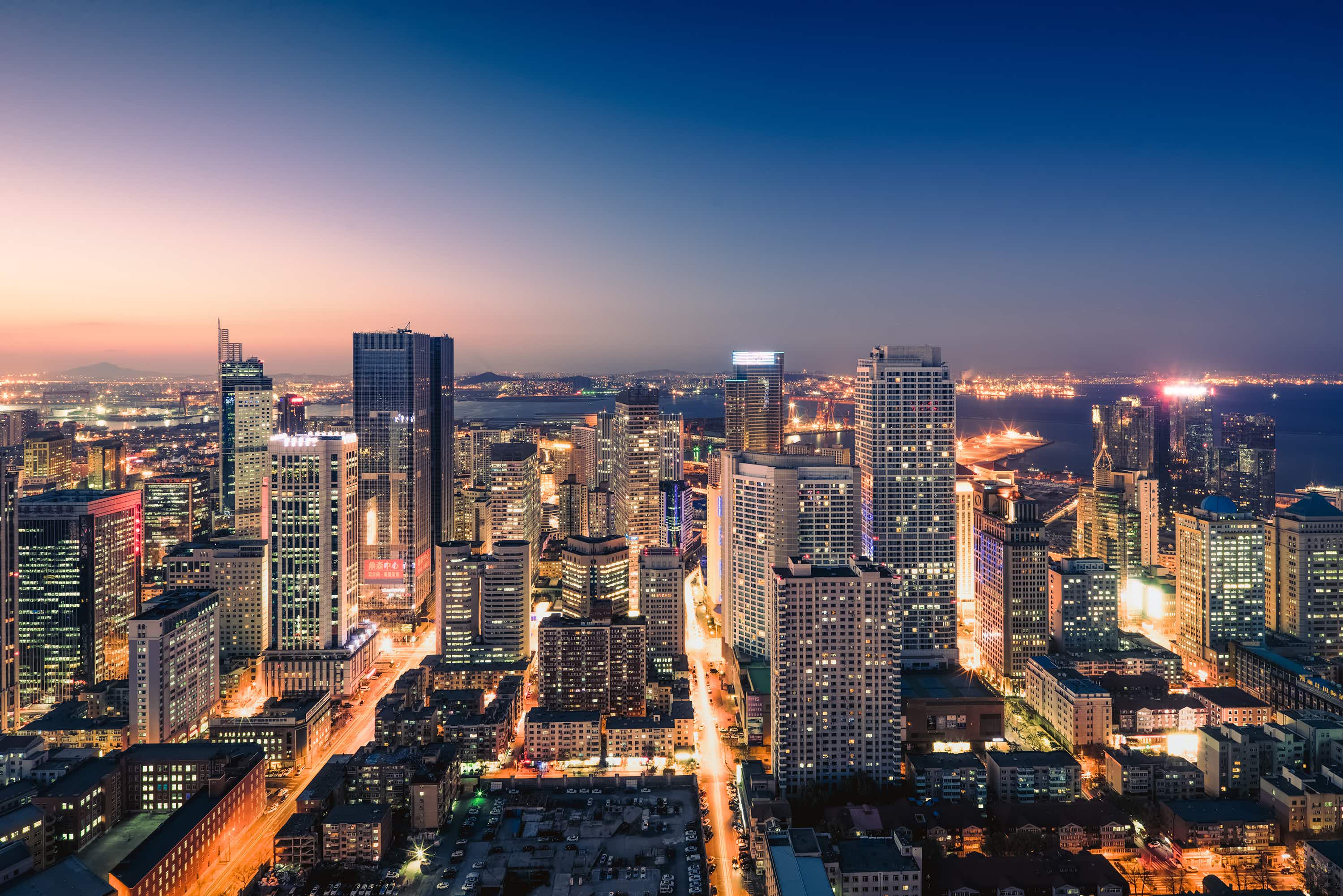 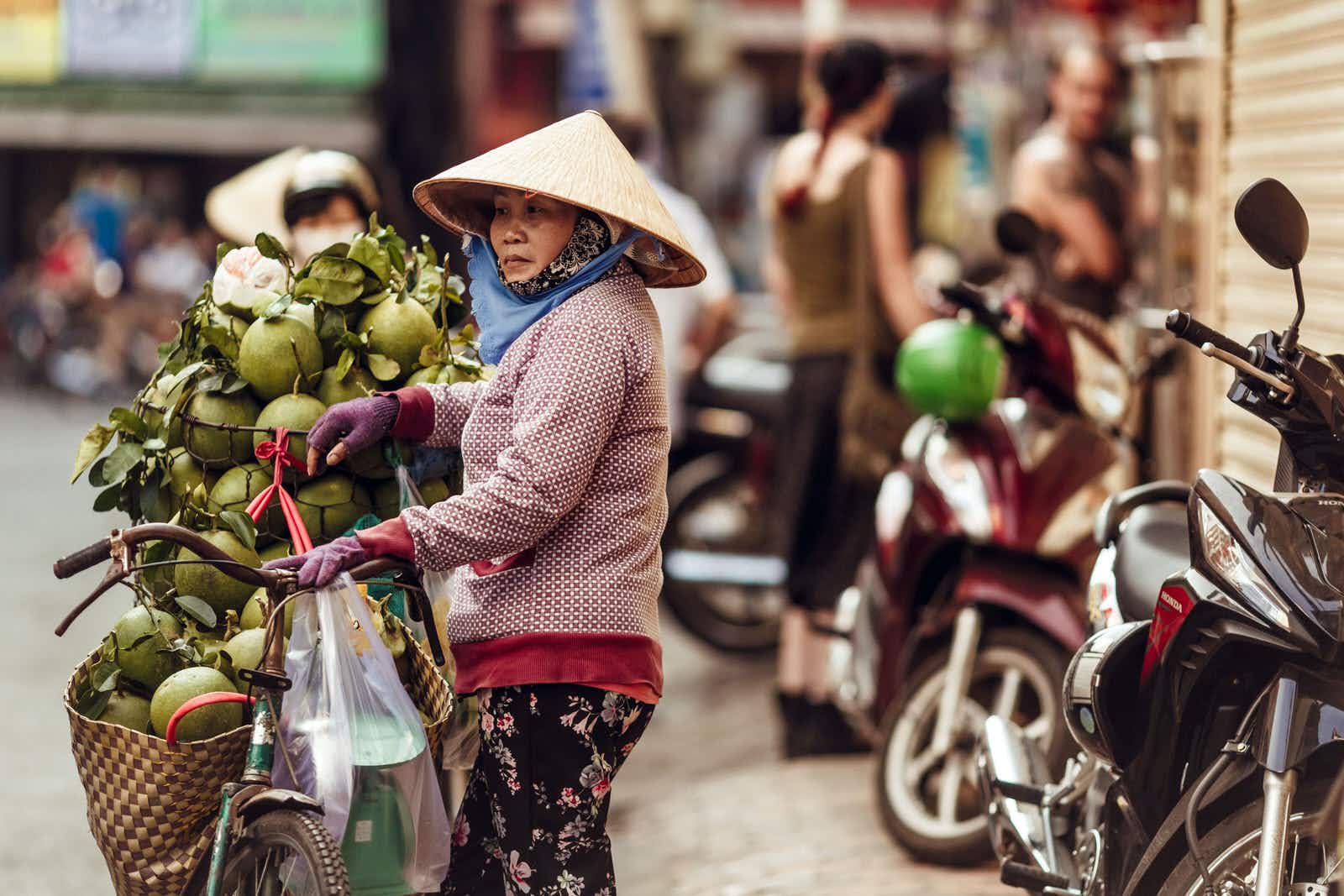 Made in Vietnam: souvenirs from Ho Chi Minh City that…