Sometimes traveling the world is hard work, and with the weather staying at a steady level of hot to hotter, a little afternoon downtime is absolutely essential. Ice cream shops are the prefect locale for anyone needing a break from the heat, especially with kids in tow. While you can find ice cream parlors in just about every town in the US, there are a few shops worth visiting for more than just the creamy cold stuff.

Think interesting flavors you’ve never imagined. Think unusual forms of entertainment while you’re there. Those are the sorts of things we took into consideration when scouting out the most unique ice cream experiences across the country. Take a look at our list and find the cone of your dreams. Located in Little Havana (one of Miami’s most colorful neighborhoods), Azucar encompasses the spirit of the 305 by way of tropical flavors inspired by the owner's abuela who was from Cuba, but  traveled all over Central America and the Caribbean and made ice cream with the tropical fruits she found.

Kids will dig walking up to the shop (there’s a massive ice cream cone sculpture just over the front door) and choosing from over 30 toppings for their vanilla cone. Adults will enjoy some of the more creative flavors like Champagne Grapefruit and Nutella, followed by some drinks and dancing at the nightclub next door. Just don’t leave without trying one of the more Miami-Cuban-inspired flavors like the Abuela Maria (vanilla with pieces of guava, cream cheese, and Maria cookies).

For folks who stress over the calories in a cone, there’s the LA-based Peddler’s Creamery. You won't find any bland, low-fat ice cream here though. Instead, each batch is churned by way of a stationary bicycle – and you have the option of churning it yourself.

Join the Peddler’s Club and you can get in a workout (roughly 20 minutes on the bike at 15mph) and enjoy a free scoop at the end. With each bout of cycling you do you can churn one batch of ice cream. But if you don't feel like an impromptu cycling jaunt, you can just buy a scoop of snickerdoodle, vegan salted caramel, or even a Waffle Nacho Sundae for cheap, with 5% of your proceeds going toward social and environmental causes.

Funky hats and ice cream acrobatics are just some of the things you’ll find at Amy’s Ice Cream, which has locations in Austin, Houston, and San Antonio. This quirky Texas chain boasts over 350 rotating flavors of ice cream, from Belgian Oreo to Maple Bacon. There are also a number of dairy-free flavors, and even some that will give you quite a buzz, like Peach Daquiri  (peach schnapps and a splash of rum blended with peach infused sweet cream ice cream) or Sith Happens (dark chocolate and fireball whiskey, anyone?).

The Scoops – counter staff who occasionally dance and fling actual scoops of the frozen stuff into the air – create seasonal treats while the display freezers are packed with ice cream cakes, chocolate covered strawberries, and other specialties to sweeten the deal.

One of the hippest, most popular, yet still most unique ice cream chains up and down the West Coast is Salt & Straw. You won’t find vanilla, but you will find Double Fold Vanilla. It’s not just chocolate – it’s Freckled Woodblock Chocolate. Strawberry? Nah, more like Strawberry Honey Balsamic with Black Pepper. And while some of these flavors might freak out a few kids, if you’ve ever been to Portland (where S&S began), you know they are a local favorite.

Salt & Straw has also worked with elementary schools to get kiddos involved in the flavor-creation process (with winners enjoying proceeds from profits to fund their schools). With locations as far north as Seattle all the way down to San Diego, we know Salt & Straw is here to stay.

How often do you get to meet and thank the cows who helped make your ice cream? Well, in Traverse City, Michigan, you have the chance. The small, family-owned dairy farm processes its own milk and uses it to create their 120+ flavors – among them is the highly revered Cherries Moobilee, a perfect blend of chocolate and cherry.

PS: if you’re feeling indecisive, MOOmers offers an ice cream flight where you’ll get various flavors in small portions because that’s just the kind of magical place MOOmers is.

What once began as a rainbow-colored ice cream truck, Big Gay Ice Cream has exploded into a brick-and-mortar ice cream chain and a must-have experience for anyone who simply loves ice cream. Couple and co-owners Doug Quint and Bryan Petroff now have multiple locations in New York City, plus another in Philadelphia, where folks can order various cones, sundaes, and milkshakes.

People come here from all over to try queertastic flavors like the Dorothy (vanilla soft-serve with dulce de leche and crushed Nilla wafers that Judy Garland would have certainly approved of) and the Rocky Roadhouse (an ode to Patrick Swayze complete with chocolate ice cream, toasted almonds, and mini-marshmallows). Oh, and if you’re on the east coast, there’s a good chance you can find one of their pints of Salty Pimp at your local Wawa or Target.

OK, so there’s technically no ice cream at this shop in San Diego. An’s is a gelato shop unlike any other, housed in an a historic building which used to be a dry cleaner business. The new owners decided against gutting it completely, instead preserving the same name and some of the same look and feel of the shop. Now, guests can walk in and enjoy a nice, cool surprise – gelato created by chef David Aguilera who studied the art in Europe for over a decade. Order any one of their “fabrics” (a.k.a. flavors), such as Lycra (orange blossom and kiwi), Fluff (honey and blueberry marmalade), Gingham (coffee and orange), or Chiffon (strawberry and ginger). You’ll never look at cotton or silk the same way again. 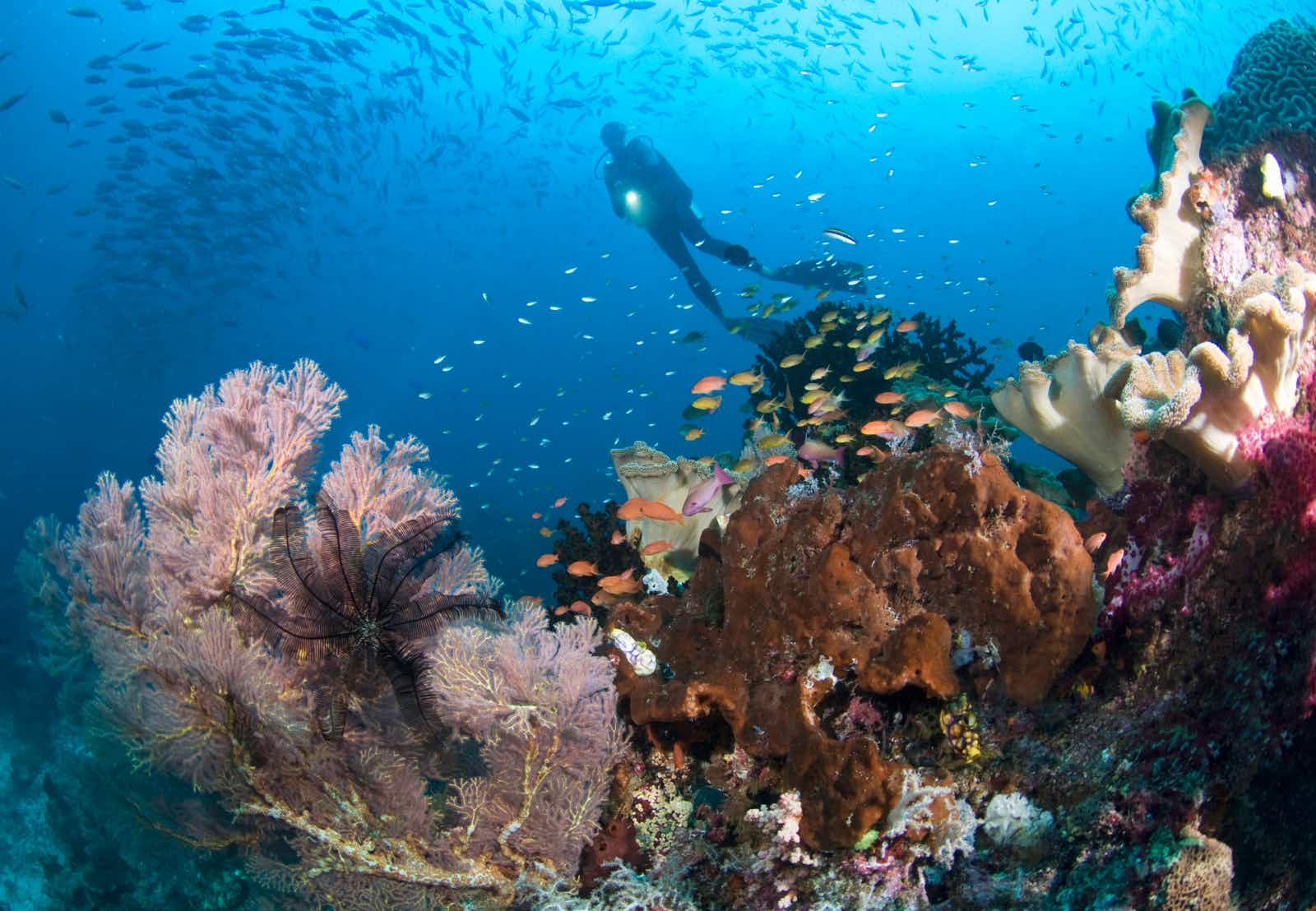 By land and sea: outdoor adventures in Indonesia 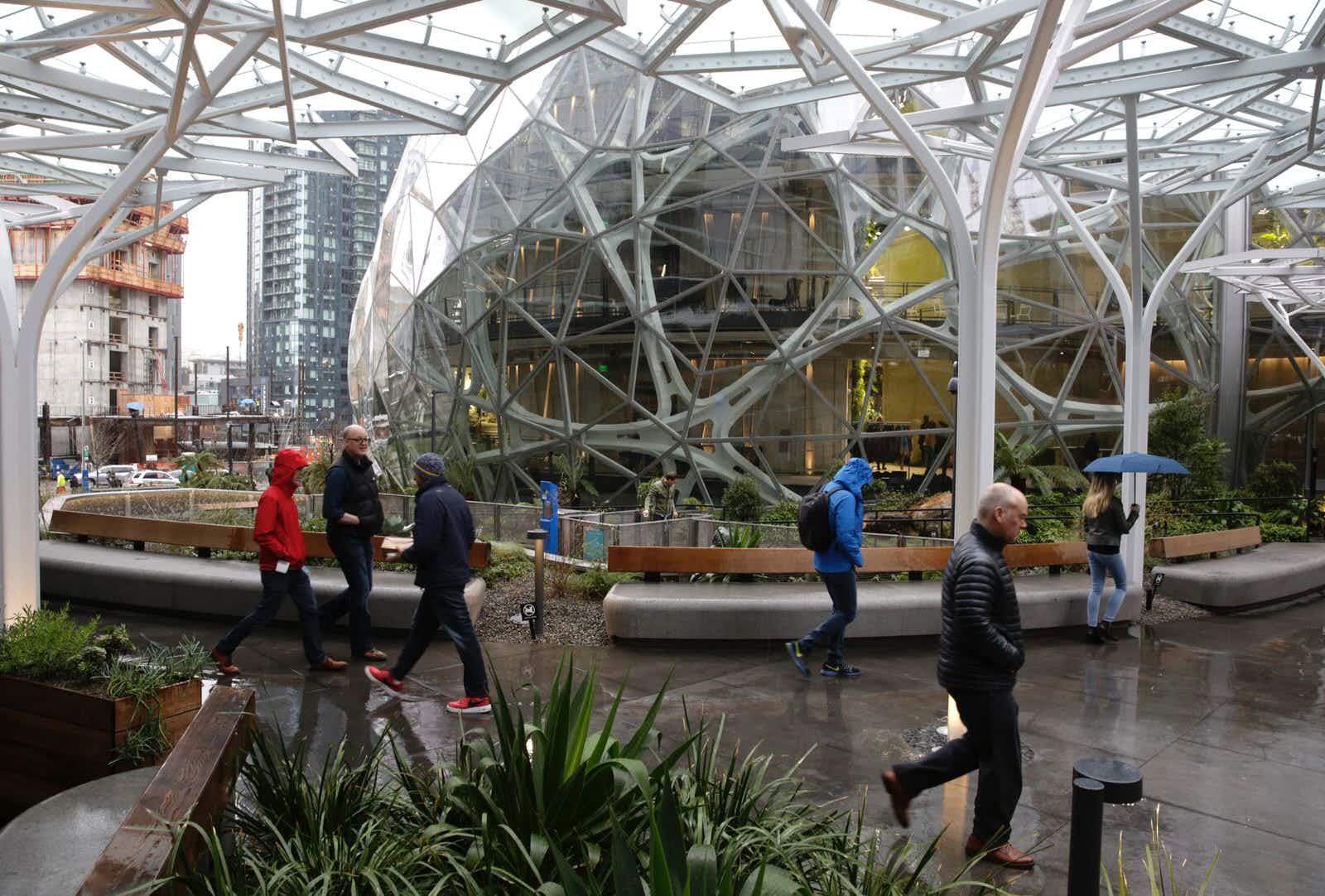