Famous railways – from America’s California Zephyr to Switzerland’s Glacier Express – are rightly celebrated in travellers’ lore. But the most iconic journeys tend to have popularity and prices to match their fame. Look a little closer into the world of train travel, however, and there are dozens of incredible, well-priced trips to discover.

Here is a near-perfect railway adventure most people have never heard of. The Austro-Hungarian Empire left a knot of railways that look curious to modern eyes, but radiated out of Vienna to important parts of this lost kingdom. The Transalpina railway, which stretched all the way to the now Italian port city of Trieste, still runs today between Jesenice and Nova Gorica in Slovenia, from where passengers can stroll into the historic Italian city of Gorizia.

The journey is a spectacular tour of Slovenia’s upland highlights, climbing through mountain villages along the Soča River, passing through superb Alpine scenery near Lake Bohinj, and on past Lake Bled’s iconic castle. Steam specials ply the route in summer, while characterfully dilapidated regional trains run year-round. Some services continue south from Nova Gorica to Sežana, from where you can hop onwards to Trieste via a historic tram.

Trieste in Italy and Ljubljana are the nearest gateways to this journey, which in itself offers an excellent way to travel between north-east Italy and the Slovenian capital, from where you can travel on towards the Balkans or central Europe.

The Coastal Pacific journey from Picton to Christchurch is a classy Kiwi railway that rivals its more famous counterpart, the TranzAlpine. Often combined with the InterIslander ferry from Wellington, this journey begins in Picton, gateway to the beautiful sunken valleys of the Marlborough Sounds. Wine buffs may struggle to part from the world-famous Sauvignon Blancs that grow on the warm, misty slopes here, but a glass or two forms the perfect accompaniment to the hours of dreamy coastal trundling that the journey offers.

Rocky coves and beaches dotted with seals and other wildlife line much of the way. Kaikoura is a magnet for whale watchers and dolphin spotters, and is an ideal place to break the journey. A final inland stretch across the Canterbury Plains leads to Christchurch, where the new city continues to emerge from the earthquakes of 2010 and 2011.

A variety of rail passes allow the Coastal Pacific to be combined with New Zealand’s other long-distance rail services. Visit kiwirailscenic.co.nz for details.

On a continent where taking things slowly is compulsory, it won’t come as much of a surprise that the 36-hour journey along the 1160-mile (1860km) route from Tanzania’s port city to Kapiri Mposhi in Zambia often ends up taking far longer. Then again, few trains in the world offer the chance – and we should point out that it’s a chance rather than a guarantee – of spotting big game from your seat, but the TAZARA (Tanzania and Zambia Railway Authority) does exactly that.

Two trains per week run in each direction. Heading south and west from Dar es Salaam, the line passes through Mikumi National Park and Selous Game Reserve, as well as plenty of beautiful scenery besides. For many the highlight is neither the scenery nor the wildlife, though; it is the chance to spend two days watching everyday life out of the window, and enjoying the clamour and chaos when the train pulls to a halt, scheduled or unscheduled.

Practical information and stats about the line can be found at the official site, tazarasite.com, including the news that the board of the railway ‘prods management to do better’.

The Hershey Electric Railway doesn’t sound much like something you’d find in a bastion of independence from American interests, but this remarkable little line can be found in fast-changing Cuba. The 57-mile service links Havana’s Casablanca Station – reached via a ferry ride across the harbour from Habana Vieja – with farming villages and small towns all the way to Matanzas.

Taking its name from the confectionery manufacturer that built the line in 1917, this defiantly old-school railcar survives as a much more low-key and unpredictable service than the mainline trains that run along the island to Santiago de Cuba. Adding to the unpredictability, the Hershey Railway is often subject to cancellations and long delays. This is all part of the fun though – this line gives a chance to travel with, and meet, ordinary Cubans and experience a rural way of life that may not be around forever.

In theory, this line can be used as part of a broader railway adventure in Cuba; in practice, check when you’re there for the on-the-ground situation, and be prepared for delays.

Lonely Planet’s venerable Sri Lanka guide – first published 36 years ago – notes in passing that the stretch of railway from Haputale to Ella in Sri Lanka’s hill country is ‘one of the world’s most scenic train rides’. This tempting nugget of information leads the unsuspecting reader from Colombo east to Kandy, the heart of the country’s Buddhist culture, and then on to the busy hub of Badulla.

Along the way is the Sri Lanka of many people’s dreams – rolling green hills, tea plantations as far as the eye can see, and friendly shouts and waves from passers-by using the trackside as a walking path. All along the line, railway staff in bright white uniforms keep things moving and orderly.

There’s quite an array of options for experiencing this route, including privately run luxury carriages with wifi and open platforms, observation cars and regular first, second and third class services. Find links to the relevant booking sites on seat61.com/SriLanka.

As Montenegro’s stock has risen, so has the reputation of this 10-hour epic through the Balkans. Three trains daily leave the Serbian capital bound for the Adriatic coast on a railway that was, unusually, only completed 40 years ago. The journey offers excellent views of the Balkans ranges, fast-flowing rivers, and even pops in to Bosnia and Hercegovina for a short stretch.

Watch out for the Mala Rijeka viaduct, which was the highest railway bridge in the world for 30 years after its construction. Should one 10-hour train ride feel too long then consider cutting the journey short in Podgorica, Montenegro’s diminutive capital. It’s then a short hop to the coast via the beautiful Skadar Lake.

An increasing array of options exist to get to Belgrade and Montenegro’s coast by low-cost flights. Skyscanner.net is the best place for up-to-date routes and prices.

The must-travel trains in Norway are the Bergen and Flåm Railways, right? Well, yes, these trips make up part of the classic Norway in a Nutshell tour, but in a country so vast and spectacular there are superb rail journeys to be found everywhere. The Raumabanen (Rauma Line) is no secret, but it takes more effort to get here from Oslo than to the more celebrated services. The line that runs from Dombås to Åndalsnes is wonderfully scenic; so much so that in summer trains are slowed down to point out interesting details and offer photos opportunities.

Highlights include the mighty Kylling Bridge, two horseshoe curves and views of Trollveggen, the tallest vertical rock wall in Europe. The end of the line at Åndalsnes is Norway’s climbing capital, and a fine place to soak up the scenery.

The Gulflander: there’s no better way to travel from nowhere to nowhere © QueenslandRail Travel

If a train was trying to hide, it would probably act a little like the Gulflander. The ‘Tin Hare’, as this 94-mile service is known, travels from Normanton to Croydon in north-west Queensland, Australia’s Gulf Savannah Country. If neither destination means much to you, you’re not alone, as this service is often said to travel from nowhere to nowhere.

This legacy of the region’s gold boom is a unique trundle through a little-visited corner of Australia. The two-car vintage railmotor locomotive rides on a uniquely constructed trackbed using hollow steel sleepers that means the line can survive wet season flooding. The train crew, accredited savannah guides, will bring the floodland landscape and gold rush history of the line to life.

Many visitors use a car to explore Gulf Savannah Country, but if you’re without one there’s a bus three times a week from Cairns to Normanton, which you can use to access the weekly Gulflander.

For a journey through deepest Europe, board a southbound train in the German city of Cologne. After a few miles the track begins to follow the Rhine, and passengers get a first-class view of the finest stretch of this mighty river.

Not one but two railway lines snake down this part of the Rhine; faster trains use the western bank, but there’s no need to rush. From either side you’re guaranteed an ever-changing panorama of forested hills, castles and medieval towns and villages that make this area famous. It won’t take much more than two hours to take this journey whichever train you choose, and services are frequent so get out when the whim takes you.

Highlights for a day or two include the wine town of Koblenz, where the Moselle joins the party, and other historic small towns like Bingen, Bacharach or St Goar. At many of these points you can take a ferry across the Rhine and catch a train linking towns on the other side of the river.

For extra points, spend the night in Stahleck Castle (hihostels.com/hostels/bacharach) in Bacharach, now converted into a youth hostel with more river views included in the price of a dorm bed. 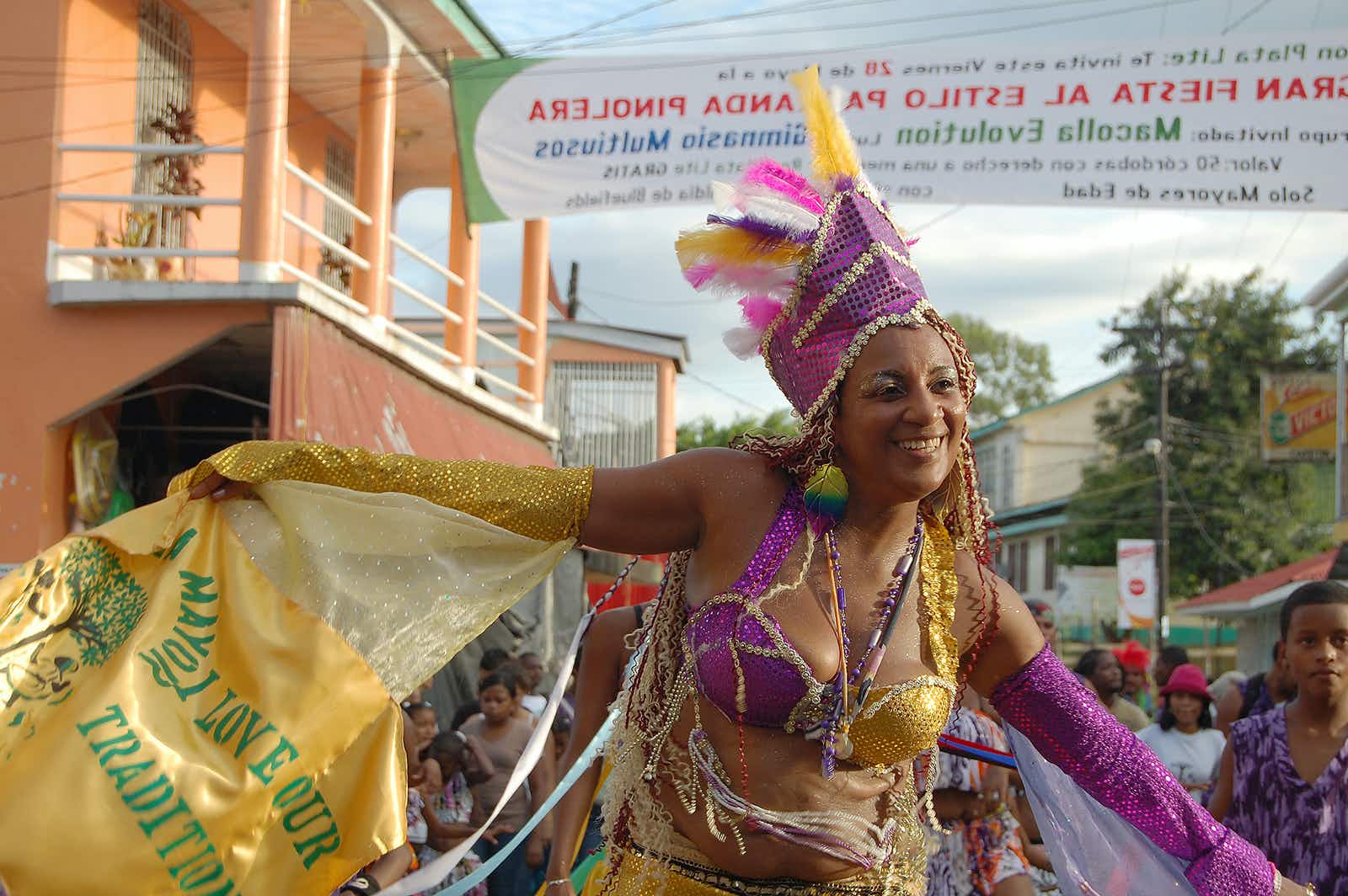 Get into the groove at Nicaragua's Maypole festival 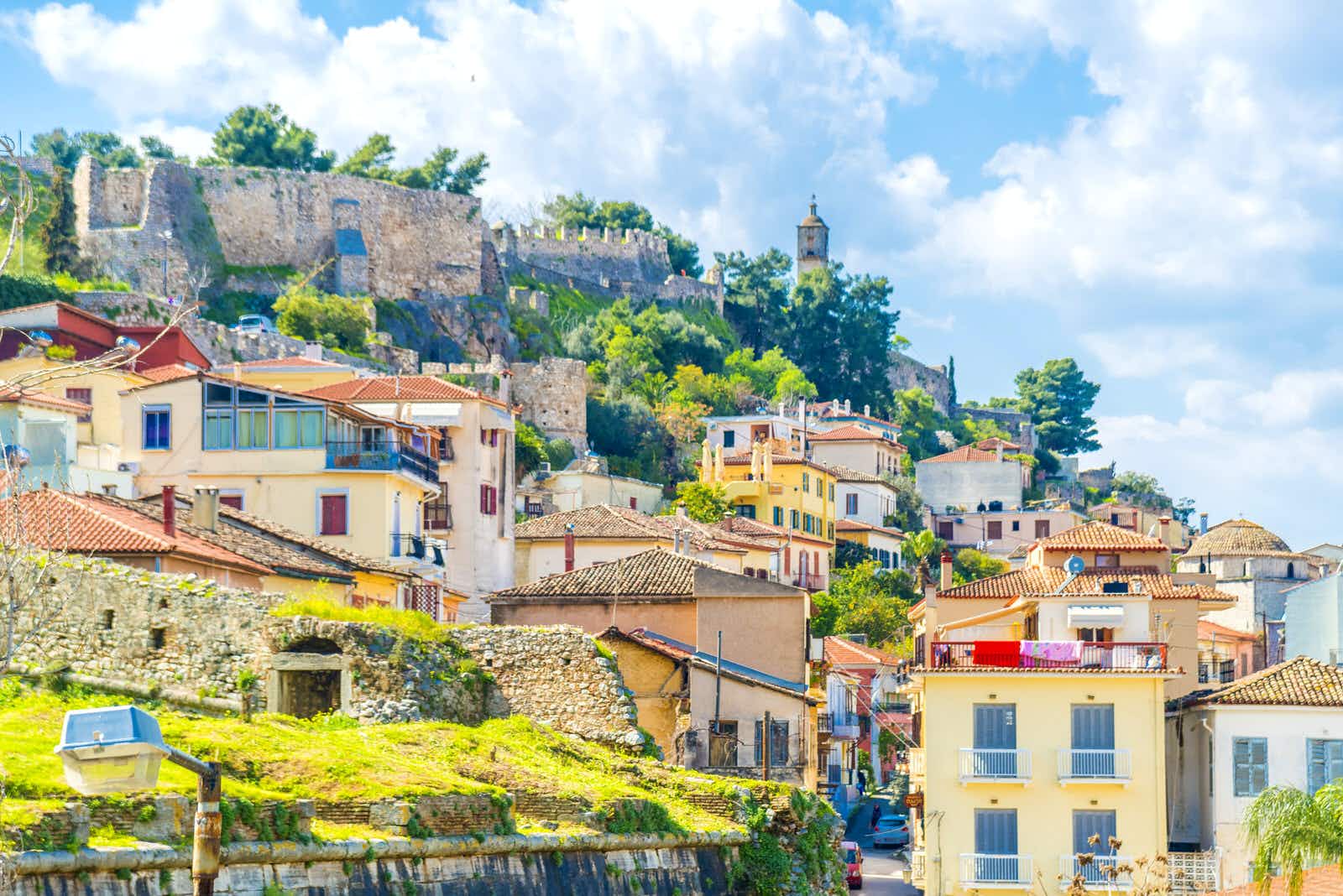 Play in the Peloponnese: top 10 experiences