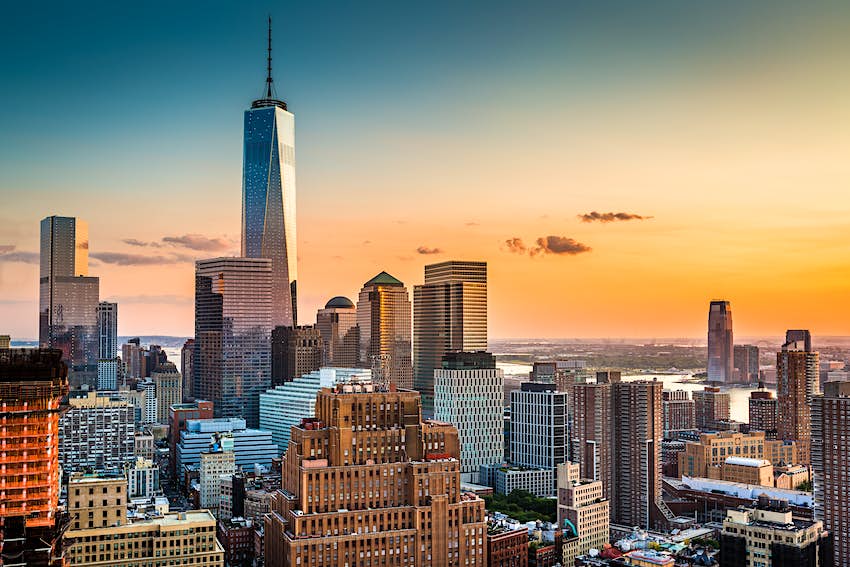 New York City has been massively affected by the coronavirus pandemic, but here's how it could bounce back © Mihai Andritoiu / 500px

Change is New York City's only constant. It's more reliable than the MTA and the 8pm curtain at a Broadway show. It's an immutable truth so embedded in its name that when the English dropped Amsterdam for York in 1664, they kept the part that mattered most. Even now, as COVID-19 upends life in America's most populous metropolis, the city maintains its ability to be exactly what it says it is – new.

New York's reinvention is normally easy for locals to process, but nothing about this year has been normal. The sea of change feels more like a tsunami, causing people like James Altucher (author of “N.Y.C. Is Dead Forever. Here’s Why,”) to claim NYC is a victim of the coronavirus. They aren't entirely wrong. They aren't entirely right, either – just ask Jerry Seinfeld.

Prior to the pandemic, proximity in New York inspired creative innovation. Now it's liable to inspire fear. Over 20,000 New Yorkers have died from COVID-19 since March, and over 200,000 have been infected. With roughly 26,000 residents packed into every square mile, physical distancing requires significant lifestyle changes to the way New Yorkers work and play. Although the city is no longer an epicenter for the virus, a second outbreak could occur if people don't follow New York's health guidelines – a possibility for which many are bracing.

Luckily, New York has a long history of using the lessons of epidemics as blueprints for transformation.

Yellow fever outbreaks in the early 19th century led to the creation of the city's first Board of Health in 1805. Deathly bouts of cholera in the 1800s taught officials the dangers of relying on contaminated water supplies, leading to construction of the Croton Aqueduct in 1842. In the latter half of the 19th century, tuberculosis outbreaks became the impetus for regulation windows and apartment air shafts. During the 1918 influenza pandemic, large-scale public health campaigns educated citizens about controlling the spread of the virus. When New York became an epicenter for the AIDS epidemic in the 1980s, a generation of New Yorkers learned the power of persistent self-advocacy when the government failed to provide support.

The city’s recent transformations reflect a similar response to the novel coronavirus.

Ridership on New York's subway is only at 25% of pre-pandemic levels, but above ground, streets are a bi-pedal paradise. Since March, the Open Streets program closed over 70 miles of roadways for pedestrians and cyclists to facilitate physical distancing. While it's unclear if these changes will last, soaring bicycle sales, increased cycling infrastructure, and worries about the MTA’s finances support the notion that biking might be the future of transportation in New York. The Metropolitan Museum of Art, which reopened on August 29th, is already on board: guests have access to a bicycle valet service for the first time in the museum’s history.

For all its gains, New York’s ingenuity hasn't been enough to spare the urban landscape from loss.

In the second week of July, the occupancy rate at local hotels was down from 90% to 37% compared to previous years. Although public parks remain packed, areas once teeming with tourists, including Times Square, feel like ghost towns.

In the same month, StreetEasy counted over 67,000 apartments available for rent - the highest amount of vacancies recorded since the site began collecting data on rental inventory in 2010. Likewise, Miller Samuel Real Estate Appraisers and Consultants noted a 57% drop in Manhattan property sales compared to 2019. Home sales in the surrounding suburbs surged 44%.

Between March and May, the New York Times estimates roughly 420,000 residents left the city, mainly from wealthy neighborhoods like the West Village and the Upper East Side. According to Zach Horn, head of sales at the New York-based moving company Metropolis Moving, demand for movers surpassed their highest projections this summer. Out-of-state moving requests increased over 200% in May and June compared to the same time last year. Based on phone conversations with customers, Horn says people leaving New York fall into three clear demographics: 20 or 30-somethings moving back to family homes, families with second homes opting to leave the city behind, and families with young children settling down in the suburban tri-state area. Whether these former New Yorkers will ever return remains unclear.

Meanwhile, many remaining New Yorkers are struggling to stay afloat. Tourism – an industry that usually accrues around $45 billion in annual spending and supports 300,000 jobs – has been paralyzed for nearly six months. Broadway, a billion-dollar industry, will remain dark until next year. Baseball stadiums sit ominously empty. National chains, including JCPenney, Le Pain Quotidien, and Subway, recently pulled the plug on store locations in Midtown. Less than one-tenth of office workers in Manhattan returned to their cubicles by the end of July, delivering a blow to businesses that rely on their foot traffic. Over 1,000 restaurants permanently closed since the pandemic began, and Partnership for New York City suspects that one-third of the city's 240,000 small businesses might never reopen. The city comptroller estimates that tax revenue fell $7.1 billion shy of projections for this year.

None of these losses bode well for New York's financial future. With unemployment rates hovering around 20%, a dwindling population contributing income tax, and fewer tourists boosting sales tax revenue, NYC will be forced to make cuts affecting education, transit, the arts, and a litany of other public services. Although Mayor Bill de Blasio has asked for aid from state and federal coffers, the city has yet to receive ample support.

It looks like New York is spiraling toward an economic crisis unseen since the 1970s – a time when bankruptcy was imminent and the government was unable to pay for normal operating expenses. But the 1970s also gave rise to an artistic renaissance. Hip-hop was born in the Bronx. Off-Broadway institutions like Playwrights Horizons and Second Stage, now integral to the theater scene, first opened their doors. In Patti Smith's memoir Just Kids, the singer-songwriter waxes poetic about the affordable housing options in Chelsea. Today, such prospects are preposterous.

A death and a rebirth

As people continue leaving New York, there's a chance the pandemic might help close this chasm for those who stay, even if only marginally. In July, Manhattan rental prices dropped 10% compared to 2019. Nancy Wu, an economist for StreetEasy, believes prices may continue to drop as the health crisis continues. Rent relief could inspire residents to migrate into neighborhoods once deemed inaccessible. Artists, forced to the city's periphery, might return to its heart. First-time home buyers might have an easier time entering New York’s competitive housing market and pass on their investment as generational wealth. With businesses closing, space might be made for new creative ventures. Even in the face of death, the hope of rebirth remains alive.

The truth about New Yorkers

Forecasting the future of a city where change is the only absolute is probably a losing game. There is, however, the steadfast predictability of its people. Adaptation is the hallmark of those fit for survival in the urban jungle, which makes New Yorkers expert at turning suffering into strength. Hurricane Sandy? They built resilient waterfront parks. 9/11? They redesigned the skyline. The coronavirus might not be what anyone expected, but for a city in constant flux, what else is new?

With concerts canceled, artists go online to connect with audiences
The world’s message to US travelers: go home
How COVID-19 has impacted the cost of a city break in Europe