Australian road trip: where to find the best Big Things

The world’s largest island is also a little obsessed with making things BIG. Depending on how you measure it (we’re looking at you ‘Big Bogan', Nyngan, New South Wales) there are more than 200 monster-sized versions of animals, fruit, vegetables or Aussie outlaws to add to your Australian road trip itinerary. Many of these icons, captured in family photo albums for generations, are now must-do road trip stops for the ultimate in selfie kitsch. Get your hashtags at the ready.

However, Australia’s Big Things also serve an important local need. As well as a welcome chance to refresh the long distance driver and stretch your legs – a break at one of these Big Things will also see you spread some tourism dollars in places that are otherwise in the middle of nowhere: there is not much ‘overtourism’ talk by the water coolers of Humpty Doo, Australia. If you’re on a road trip Down Under you’re probably going to see at least one of these iconic attractions. Here's a round up of of our favourites – and yes, some have seen better days.

A classic of the ‘big things’ stable, the Big Pineapple celebrates Queensland’s tropical fruit in Woombye. It was famously part of the 1983 royal tour by Prince Charles and Princess Diana and in 2009 got a gong for heritage listing. Rising 16m above the pineapple fields of the Sunshine Coast, it’s been drawing people off the highway for decades, recently re-inventing itself as a music venue hosting the Big Pineapple Music Festival. It’s all part of a renewal program that may include a brewery and an adventure park potentially making this pineapple the comeback kid of the Bruce Highway.

The original, and perhaps still the best. At a bend of its own in the Pacific Highway in Coffs Harbour, the Big Banana was unpeeled to the public in 1964. Since then it’s stopped millions of travellers on one of Australia’s busiest highways, even if it was once voted the ‘most bizarre and grotesque tourist attraction in the world’. More than a million people stop for a selfie every year and there’s a refreshing waterpark that breaks up long drives. Plus there’s the shop that giving everything the yellow and bendy treatment so you can get a banana stubby holder, fridge magnet or jar of banana jam. Grabbing a choc-coated banana is a must. The Big Banana is on the Pacific Highway, just north of Coffs’ city centre. There is another Big Banana in Carnarvon in Western Australia.

South Australia’s southeast coast is known for some big lobster hauls, but nothing netted at sea competes with the steel and fibreglass Larry the Lobster that lords it over the town of Kingston. Built in the 1970s, the critter has antennae that rise to a height of 17m and he weighs in at 4 tonnes. He was originally designed to front a seafood restaurant but once it closed Larry was out on his own. The lurid orange crustacean received a facelift thanks partly to a campaign to “pinch a mate” for a donation to his upkeep and remains a popular Pinterest star. Kingston SE is 292km south of Adelaide on the road to Robe.

Who would to pick a fight with a crocodile? In Humpty Doo they’ve kitted out their 8m-high crocodile with a pair of boxing gloves just in case. Visitors pass the Big Croc on the drive from Darwin to Kakadu National Park with many stopping to “say cheese” next to this grinning crocodile. The township of Humpty Doo is a testament to the folly of colonial Australia: established with a post-war plan to turn the surrounding flood plain into a sea of rice fields. When the rice dream failed, the town cheered itself up with a very large crocodile. Humpty Doo is 40km from Darwin. Turn off the Stuart Highway onto the Arnhem Highway and it’s just ahead.

The steely gaze of the Big Merino looks out across the sheep country around Goulburn as a tribute to one of Australia’s biggest industries. Often called Rambo (after the ram he was modelled on), the Big Merino is not just any sheep. The fine wool of merinos is a huge export for Australia, so much so that the nation “rode on sheep’s back” during the colony’s early life. Of course, the gift shop has plenty of ways to sample merino wool – jumpers, shawls, finger puppets – and while you can’t actually ride on its back you can climb up to look out at the country through those merino eyes. But Rambo’s most photographed body part are his, ahem, crown jewels – which were once painted blue to raise awareness for cancer in men. The Big Merino is near Goulburn, just off the Federal Highway 71km south of Canberra.

On the tiny island state of Tasmania the Big Penguin looms large. In the township of Penguin, where fairy penguins shuffle ashore each night from September to March, this local hero is made from fibreglass and cement. At Christmas it has been known to don a Santa suit to get festive and on Anzac Day it wears military fatigues. The Big Penguin is easy to spot on the Penguin foreshore, among penguin-shaped rubbish bins and souvenir stores filled with teatowels and inflatable waving penguins. Penguin is midway between Burnie and Devonport on Tasmania’s north coast.

When South Australians ran out of native animals to immortalise as Big Things, they pulled out this family-friendly fella. Making for a good romp with kids in the Adelaide Hills, in the town of Gumeracha, the Big Rocking Horse is the showpiece for a wooden toy factory. Visitors can climb through the horse to three vantage points: on the rockers, saddle and horse’s head. Plus you get a certificate to say you ridden this 18m beast. Set into 80 tonnes of concrete, it doesn’t actually rock. Gumeracha is 36km out of Adelaide in the Adelaide Hills.

Driving the long haul to across Australia, you may think you’re hallucinating when you spot the Big Galah perched out the front of a service station. Blink again because Kimba’s 8m-high galah is a loving representation of one of Australia’s most raucous and cheeky bush birds. It has nested here for over 20 years to mark the halfway point across Australia (there’s a sign to get a photo in front of to prove you’ve made it). These days Kimba’s grain silos are another BIG photo opportunity as six of the 30m-high structures have been painted with towering murals. Kimba is 1700km west of Sydney and 2200km east of Perth on the Eyre Highway.

Standing at 14m tall, Sam the Giant Koala began life in 1989 without a name. Sculptor Ben van Zetton built the koala to last setting him in bronze with a small shop underneath selling souvenirs. For 20 years people would pull off the Western Highway to look at the iconic marsupial and not know what to call him. After catastrophic bushfires in 2009, the Giant Koala was given the name Sam to commemorate a koala who survived the bushfires that ravaged Victoria that year. Dadswell Bridge is on the Western Highway between Melbourne and Adelaide just 27km from Stawell.

It always looks like rain in the duelling towns of Tully and Babinda who have an ongoing grudge match to see who is Australia’s wettest town. The two north Queensland towns slug it out to be known as the soggiest spot, right down to an annual Golden Gumboot Festival celebrating the rivalry. In Tully they’ve gone a step further, erecting a 7.9m Golden Gumboot complete with a green frog on the side. A recent refurbishment has made the boot shine even brighter and you can climb a spiral staircase for views of the town. Tully is on the Bruce Highway close to Mission Beach.

This article was first published in January 2012 and updated in October 2014 and November 2018. 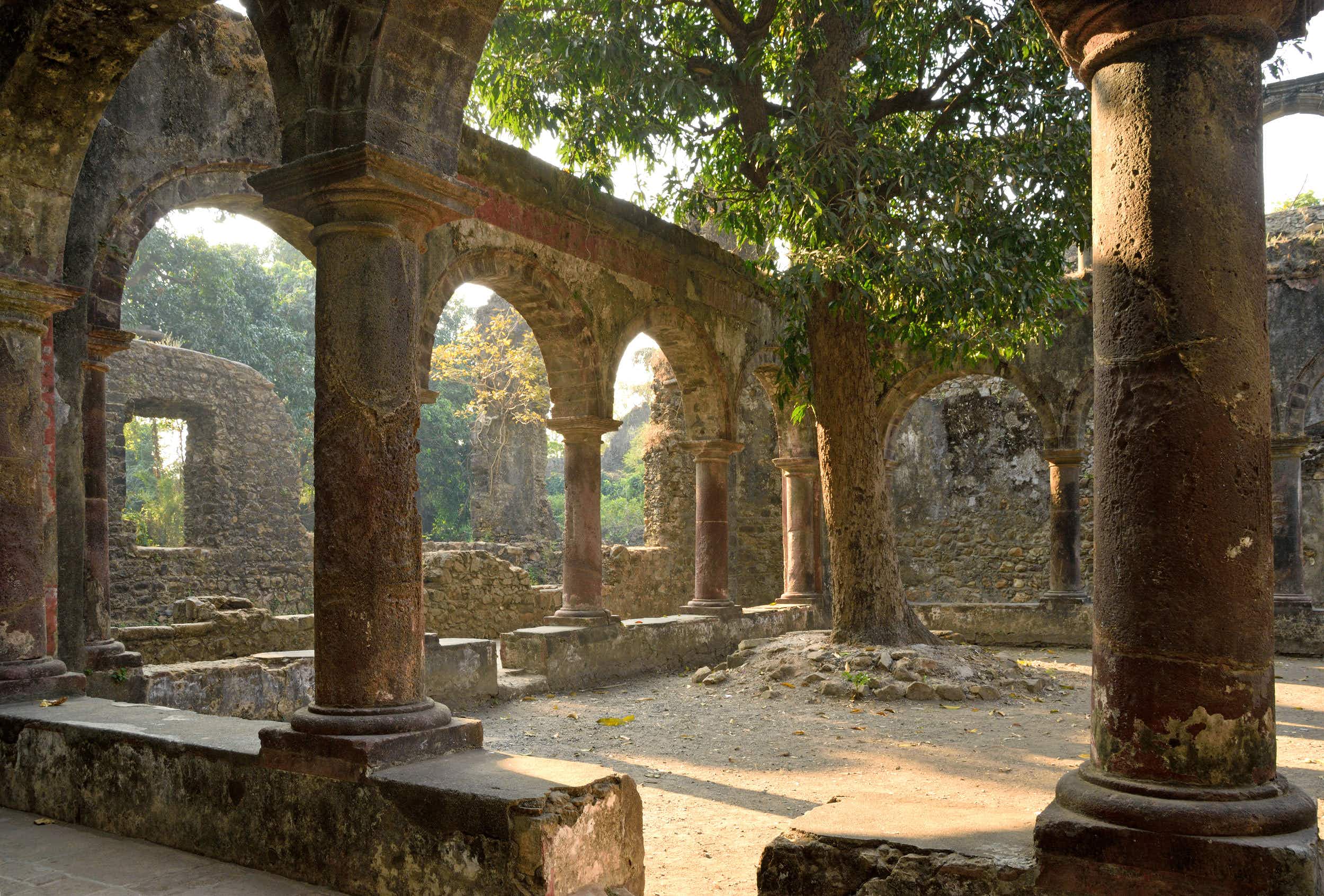 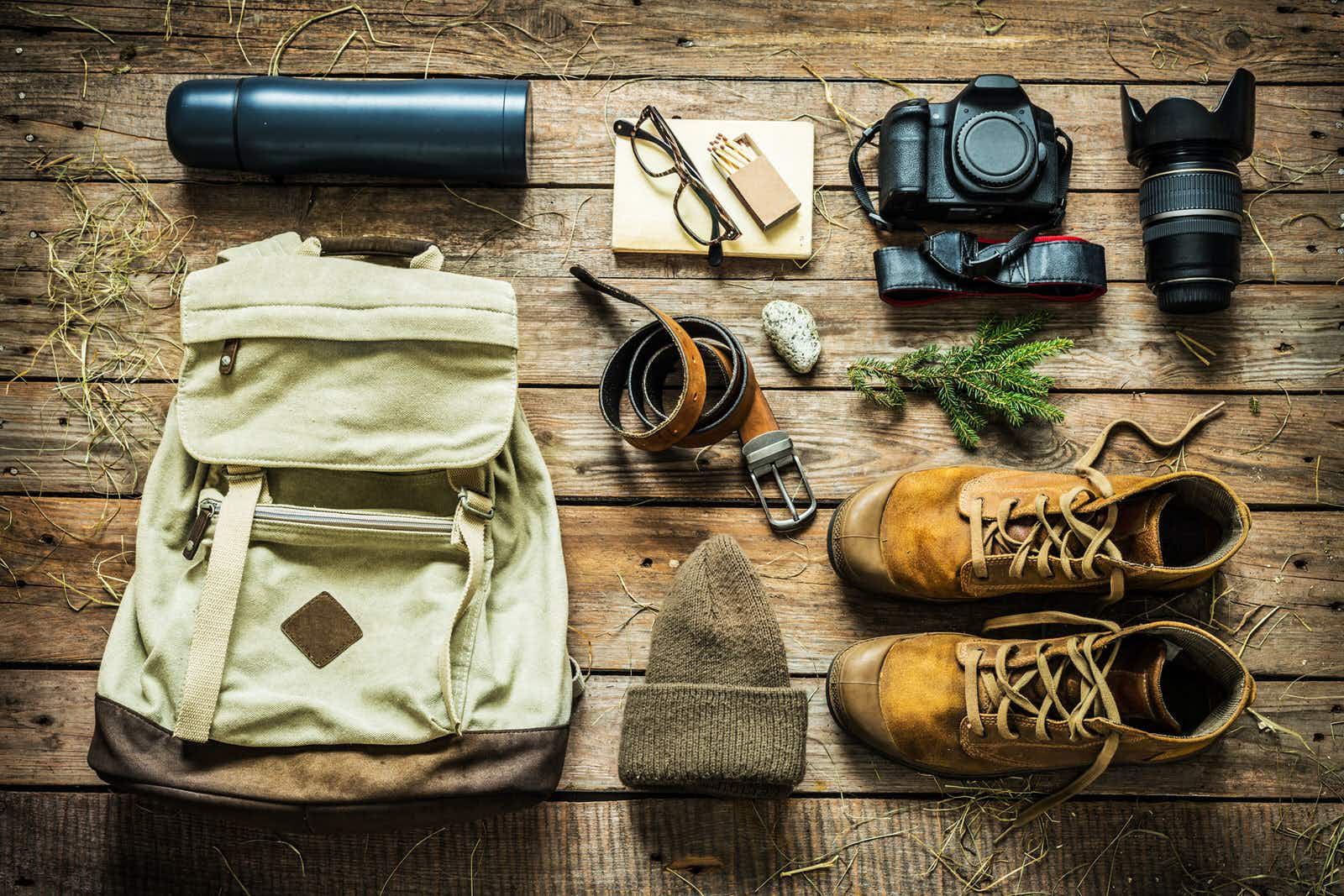 Simple yet effective: the only travel tips you'll ever need…