Picture this: a tropical island cloaked in 193 square kilometers of rainforest, dotted with spectacular beaches, threaded with walking trails and devoid of motorized vehicles. Welcome to Ilha Grande! For nature lovers and anyone seeking a slow-paced beach holiday, this vast island along Rio de Janeiro’s mountainous Costa Verde (Green Coast) is one of Brazil’s great treasures.

Ilha Grande’s isolated setting, coupled with its checkered history as a leper colony and prison, kept development at bay for centuries. Then in 1971, much of the island was officially enshrined as a state park. Today human habitation remains limited to a handful of fishing villages and the main port of Vila do Abraão. Easily reachable in four hours from Rio de Janeiro, it has become one of Brazil’s most popular ecotourism destinations, suitable for everything from an overnight break to a two-week hiking adventure.

Vila do Abraão: chilled-out hub of the island

Abraão is a compact town of unpaved streets, with enough pousadas (guesthouses), restaurants and bars to meet every tourist need. Budget-minded travelers can choose from a plethora of hostels, from the seafront Che Lagarto, where waves crash against the waterfront deck, to the centrally located Biergarten Hostel, within easy stumbling distance of the town’s nightlife, and Sitio Green, whose jungle location 10 minutes uphill from the docks offers front-row views of cavorting monkeys. Other accommodations range from modest family-run guesthouses to spiffy foreign-owned outfits like the Aratinga Inn.

Life in town revolves around the beachfront near the docks, with Abraão’s teeny church serving as the social anchor point. Itinerant vendors push around carts laden with sweets, while tourists wiggle their toes in the sand at waterside resto-bars like Lua e Mar – sipping cold beers and caipirinhas (Brazilian national cocktail of sugarcane alcohol, ice and lime) or sharing bubbling clay pots of moqueca (seafood stew with coconut milk and palm oil).

Beyond the tourist hubbub, Abraão retains a pleasant, low-key life of its own. Wander a few blocks behind the scenes and you’ll find animated soccer matches at the local field, groups of worshippers singing at the Assembleia de Deus church, or kids on their way home from school splashing in the natural swimming hole at Poção.

Pristine beaches around every bend

When it comes to picture-postcard beaches, few places on earth offer such an embarrassment of riches. There are more than 100 named beaches on the island, each accessible only by foot or boat. The most famous is Praia Lopes Mendes, a 3km crescent of fine white sand backed by palm trees and wave-sculpted rocks. Facing the open Atlantic, it’s perfect for surfing, with rental boards available onsite.

For a taste of Ilha Grande’s other swimming and watersports hot spots, walk the short trail east of Abraão to the pretty coves of Júlia, Crena and Abraãozinho, popular with kayakers and stand-up paddle boarders, or hop aboard a round-the-island boat tour. All-day tours stop at seven or eight beaches including Caxadaço, with its giant rock outcroppings; Parnaioca, a long expanse of sand peppered with local fishermen’s houses; Aventureiro, in the Praia do Sul biological reserve at the island’s remote southwestern corner; and the sparkling blue-green lagoons of Lagoa Azul and Lagoa Verde.

Walkers are spoiled for choice on Ilha Grande. More than 100km of signposted trails circumnavigate the shoreline and cross through the interior, allowing serious hikers to spend a week or two exploring the island’s nooks and crannies. Trail maps are posted near the Abraão docks and are also available from shops in town. Wherever you roam, you’ll find pristine beaches with barracas (stalls) selling cold drinks and fresh seafood, interspersed with dense stands of Mata Atlântica (Atlantic rainforest) which is populated by chattering micos-leões (tamarind monkeys), parrots, birds and mammals such as the elusive capybara.

Some of the best walks start from Abraão, including the one-hour Circuito de Abraão loop which leads past beaches, a 19th-century aqueduct, a tree-shaded swimming hole and the ruins of the old Lazareto prison (demolished in 1962 by government decree and slowly crumbling into the jungle). Alternatively, make the classic 6km trek from Abraão to Praia Lopes Mendes, climbing to a high ridgeline with spectacular views before dropping down to the beaches of Palmas, Mangues, Pouso and Lopes Mendes itself; hikers can take this trail one way, spend a day at the beach and hop on a boat back.

Another Ilha Grande classic is the 6km ascent of Pico do Papagaio (982m), the photogenic parrot-shaped peak at the island’s center. Don your headlamp for this guided pre-dawn climb, arriving at the summit just in time to see the sunrise over the jungle accompanied by a morning chorus of howler monkeys.

Getting away from it all

Life in Abraão is already pretty stress-free, but if you really want to get away from it all, Ilha Grande offers plenty of more secluded options. Within a 25-minute hike of Abraão is the simple Jungle Lodge, perched on a high bluff surrounded by forest, with jaw-dropping views over Abraão’s harbor. For a cushier experience, take the 25-minute trail or five-minute boat ride from Abraão to Asalem, an artsy waterfront getaway owned by an internationally acclaimed photographer.

Further afield, you’ll find even more remote accommodations accessible by private boat. On the island’s northwest corner, tranquil Pousada Lagamar straddles beautiful Praia Vermelha – perfect for kicking back in hammocks, snorkeling and enjoying freshly caught seafood. On Praia do Pouso near the island’s opposite (southeast) corner is Atlântica Jungle Lodge, a four-room retreat within easy walking distance of gorgeous Praia Lopes Mendes, with beach chairs, umbrellas, kayaks and snorkeling gear provided free of charge by the pousada. Stay here overnight and you’ll have the entire beach to yourself after the day-trippers leave. 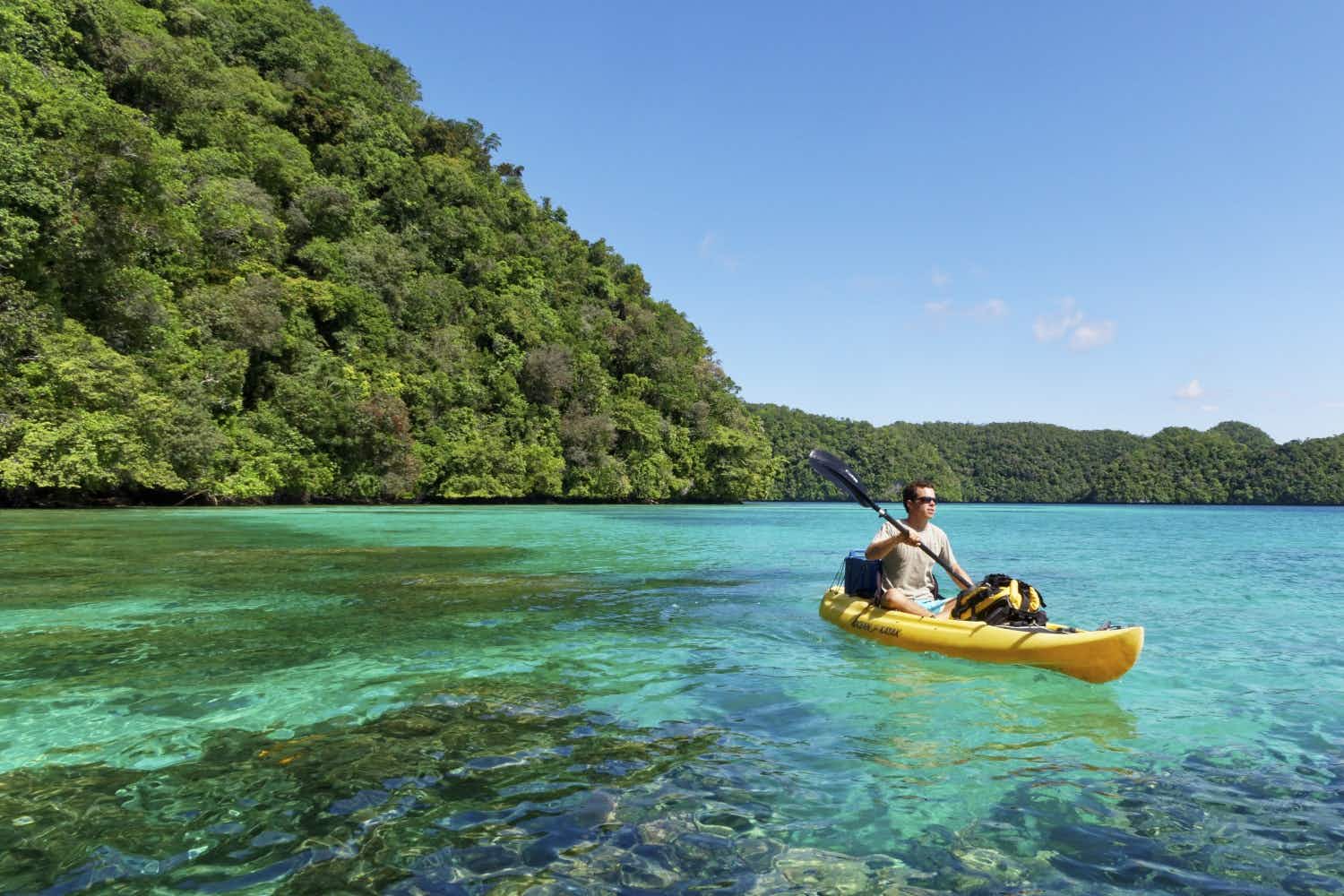 Exploring Palau: what to do when you're not diving 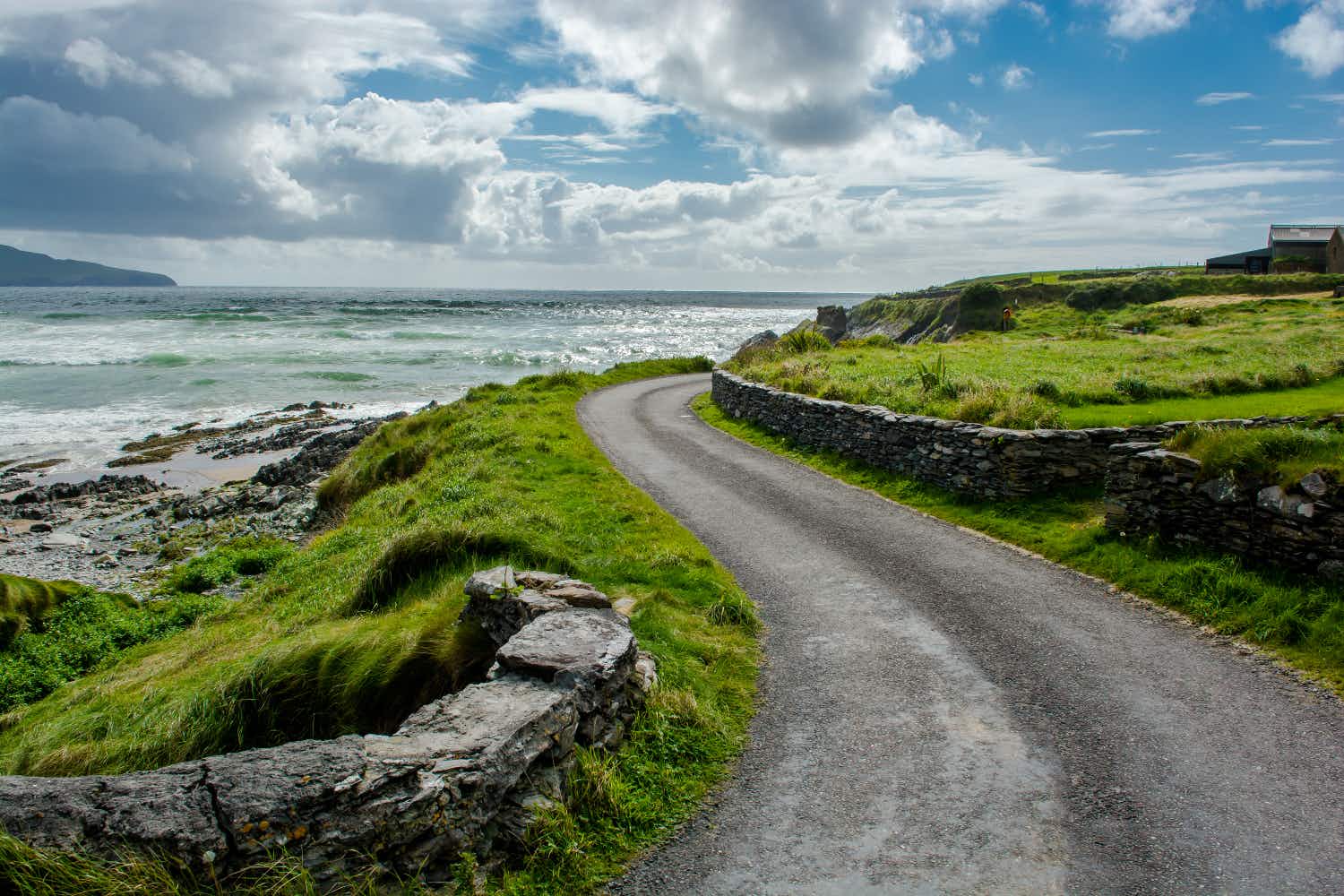