Everyone knows a road trip is the classic way to see the grand ol' USA. But what if you've already cruised the Pacific Coast Highway, rolled along the Blue Ridge Parkway and gotten your kicks on Route 66? Take a spin on any (or all) of these scenic drives, which rightfully should be much more popular than they actually are (shh, it'll be our secret). 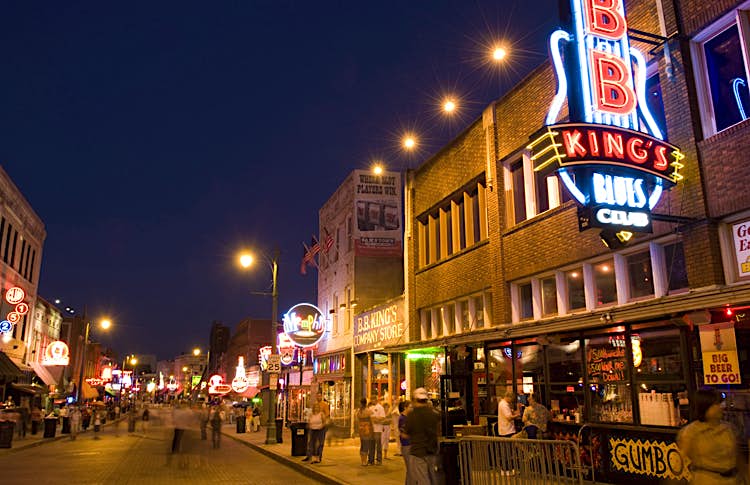 It's all about music, food and bon temps ('good times') in the Deep South, on a 1000-mile road trip that's as much a cultural odyssey as a vacation. Start in Memphis, an early beacon for Mississippi Delta bluesmen since the early 1900s, especially the foot-stomping clubs of Beale Street. Follow Hwy 61 south, stopping at backwater juke joints and the infamous crossroads in Clarksdale, where legend says blues guitar player Robert Johnson made a deal with the devil himself. Today, Clarksdale's Delta Blues Museum honors all the greats, including Muddy Waters.

Make a beeline to the end of the Blues Highway in N'awlins, the birthplace of jazz, for a few nights of voodoo magic and hot all-night jam sessions. After a night of hedonism, head out into Louisiana's Cajun Country. There the lingua franca is Cajun French, and folks love to fiddle, dance and most of all, eat. Get lost in a maze of bayous and swamps, where the crawfish boils and dance hall nights never seem to end, then finish your journey in Lafayette.

Time your trip for April, May or June when the most music festivals are happening. But whatever time of year you go, plan on eating a lot: Memphis' famous barbecue ribs from Charlie Vergos' Rendezvous; sugar-dusted beignets with chicory coffee at Café Beignet in New Orleans; and country cooking at Prejean's Cajun Dining in Lafayette. 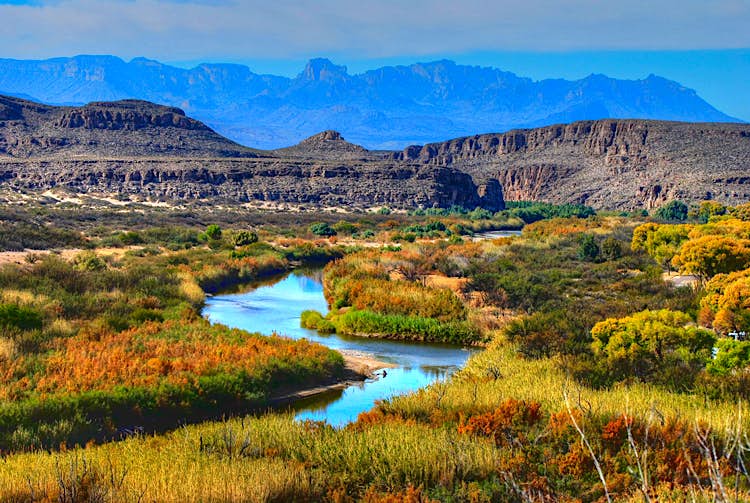 This West Texas drive is just over 250 miles long, but set aside at least five days – heck, why not a week? – to soak up the boundless vistas straight out of an old Hollywood Western movie.

Putter through quirky small towns, none odder than the art colony of Marfa, made famous by cameos in films such as Giant and No Country for Old Men, and home to the mysterious Marfa Lights in the big sky. Stop in little Alpine at the Museum of the Big Bend to brush up on natural history, then get lost in the vastness of Big Bend National Park, which is almost as big as the state of Rhode Island. Perfect for wildlife watching, hiking trails snake through canyons beside the swirling Rio Grande in the US-Mexico borderlands.

This trip is best between February and April, before the heat sets in. Make sure you stop for cattle ranch steaks at Reata restaurant and camp out in a safari tent, teepee or Airstream trailer at funky El Cosmico. 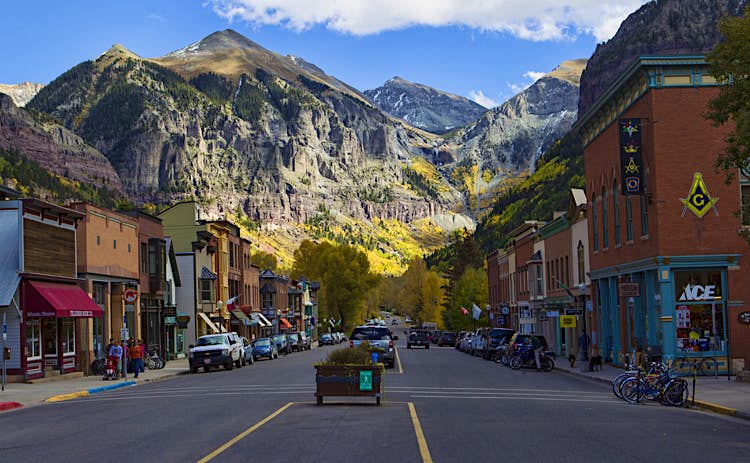 To experience the Rocky Mountains at their most rugged, detour along this 160-mile drive through Colorado. Don't think it's an easy trip, the twisting mountain passes inevitably slow you down. But you probably won't mind, given all the jaw-dropping peak panoramas. This land of unbroken spirit is also rife with Old West saloons and ghost towns.

From Mesa Verde National Park, where you can climb ladders to tour Ancestral Puebloan cliff dwellings, drive east to the historic railroad town of Durango, a hub for outdoor adventures like mountain biking and fly fishing. Then follow the San Juan Skyway north to Silverton, a boom-and-bust mining town that still celebrates its Wild West outlaws at the Silverton Museum, inside the old county jail. Skedaddle onto the equally heart-stopping Million Dollar Highway to Ouray and Telluride. Along this sky-high route, nearly every 19th-century saloon or historic hotel has a ghost story to tell.

Go in summer to capitalize on all the fun. At night, hit Durango's many brewpubs and sleep at the Historic Strater Hotel, an antiques-filled period piece.

Monument Valley & the Trail of the Ancients 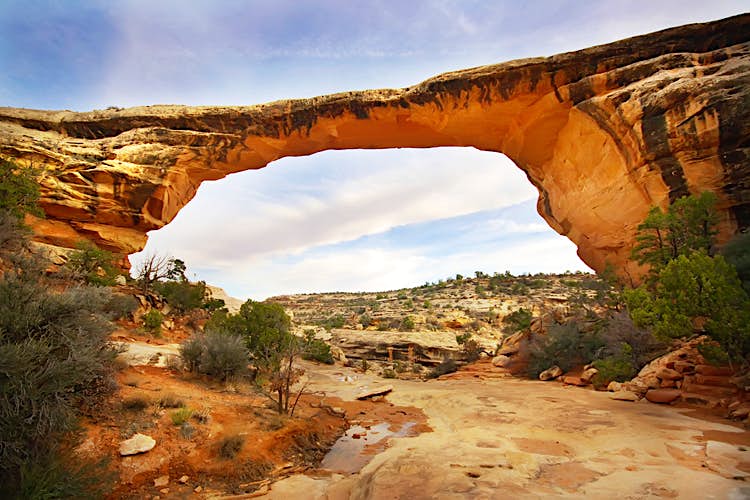 If you're a fan of backcountry dirt road and 4WD routes, nothing will get your heart beating as fast as Utah's canyon country. This 300-mile road trip takes you into the heart of the Four Corners region, where modern Native American tribal lands are interwoven with the traces of the Ancestral Puebloans who came before.

Start your journey at Monument Valley Navajo Tribal Park, the dramatic backdrop for countless Hollywood Westerns. Hovenweep National Monument preserves archaeological sites in splendid isolation at the far western edge of Colorado and then cross back over the border again to walk underneath the towering arches of Natural Bridges National Monument. Then get ready for this road trip's biggest thrills – the hairpin turns of the Moki Dugway and a drive around the strangely shaped sandstone monoliths and pinnacles of the Valley of the Gods (utah.com), just outside the one-horse town of Mexican Hat.

Best driven in spring or fall, make sure you peruse photos of yesteryear film stars and other memorabilia at Goulding's Lodge and munch on fry bread at Twin Rocks Cafe, in the trading outpost of Bluff. 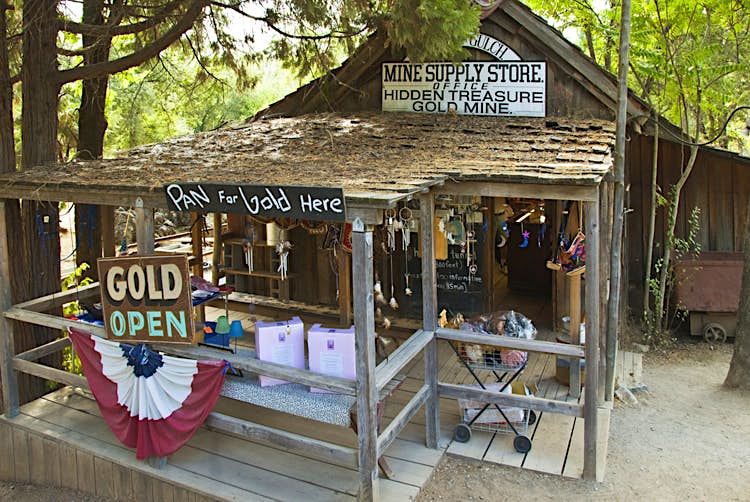 In the foothills of the Sierra Nevada Mountains is the incredible scenery of winding Hwy 49. This route shows off California's Gold Rush days, when hell-raising prospectors and ruffians rushed helter-skelter into the West. You only need a few days to drive the almost 200 miles along this route, peppered with Victorian-era small towns with wooden boardwalks and antiques shops, as well as summertime swimming holes and underground caves to spelunk in.

Start in Sonora, close to two of Gold Country's biggest attractions: 1897 Railtown State Historic Park (railtown1897.org), where train rides are available on weekends, and Columbia State Historic Park, an authentic gold-mining town populated by costumed living-history interpreters. Farther north, Marshall Gold Discovery State Historic Park is where the Gold Rush really all began and along the banks of the American River, you can try your own hands at panning for gold. Finish in Nevada City, a quaint (and hilly) historic mining town.

Go spring to fall for sunny skies. Dally at vineyard tasting rooms in Amador County's wine country (amadorwine.com), then stop for a bite to eat in Placerville, at the Cozmic Cafe, where tables are set up inside an old mine shaft. The Broad Street Inn, a six-room Victorian charmer, waits at the end of the route.

Forty-seven more road trips (both popular and obscure) in the USA can be found in USA's Best Trips.

Need even more road trip inspiration? Floor the gas and zoom over to our Pinterest board to see four of our favorite road trips. 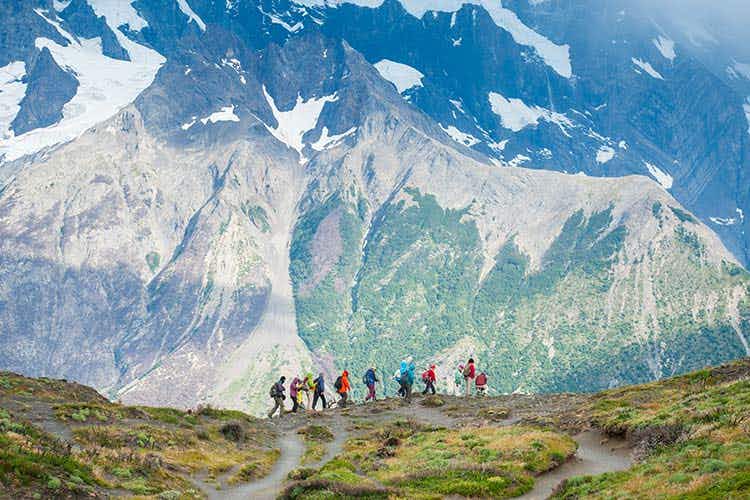 The best hiking in Patagonia and Tierra Del Fuego 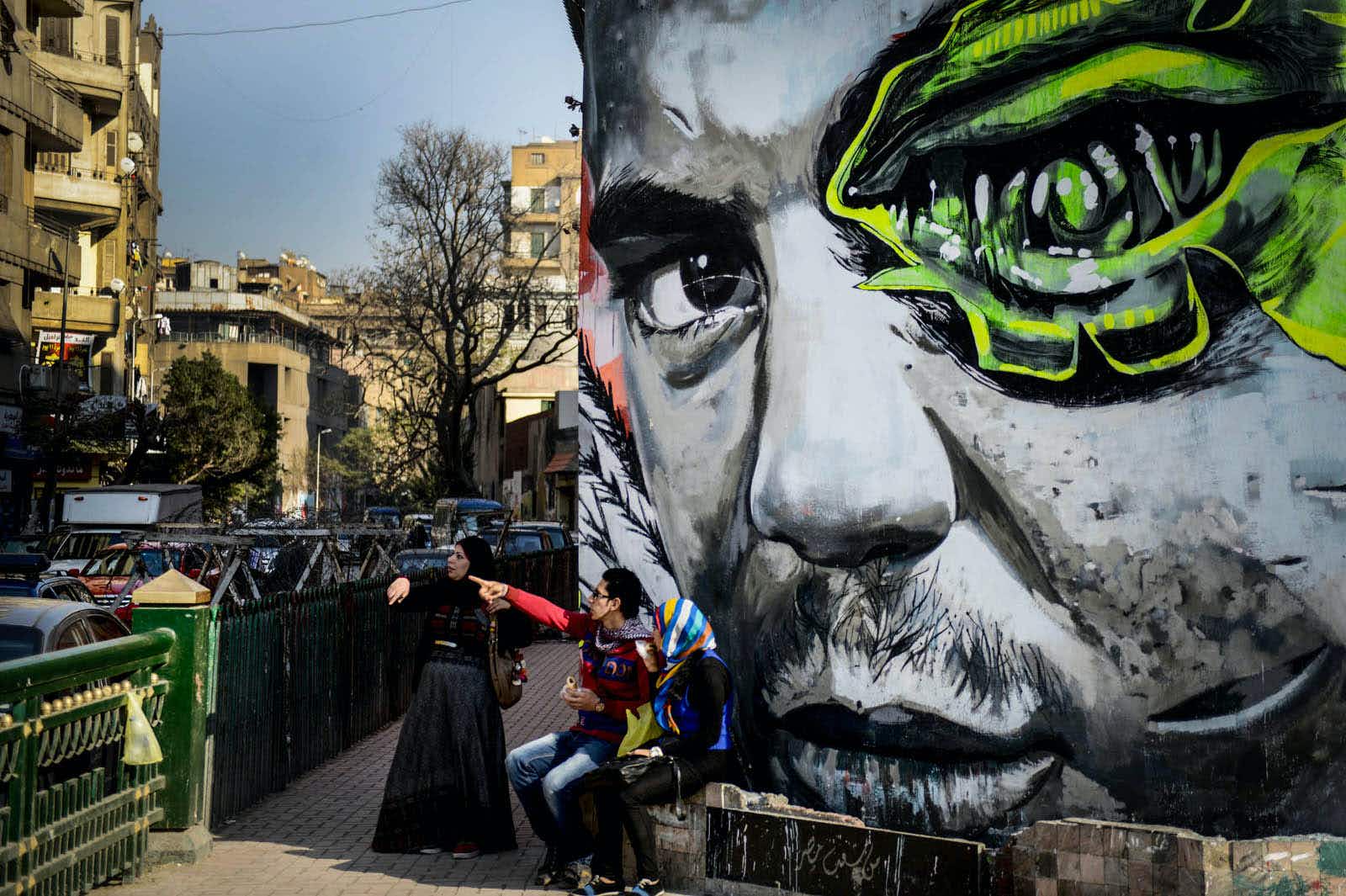 Is now a good time to visit Egypt?