As the old adage says, we are all products of our environment. So it’s no surprise that some of the globe’s great cities have helped to mould some of humanity’s most innovative minds.

From Bowie’s Berlin to Hans Christian Anderson’s Copenhagen, our Lonely Planet Locals take us on a tour of the sights associated with a renowned resident from their city, offering visitors a deeper insight into the lives of these remarkable individuals, a new perspective on the place they called home and, perhaps, the inspiration to follow in their fabled footsteps.

In 1976, David Bowie made the move from the golden streets of Los Angeles to the less pristine West Berlin, where he would find a public anonymity that would help him overcome cocaine addiction and produce some of his most beloved music.

The unassuming apartment Bowie shared with fellow musician Iggy Pop at Hauptstrasse 155 is one of the first stops on most musical tours of the city, where a plaque commemorates the star’s transformative time in the German capital. A short bus ride towards Potsdamer Platz will lead visitors to the iconic and ornate Hansa Studios where Bowie recorded Low, "Heroes", and Lodger – the trio of albums known as the Berlin Trilogy. Of course, Bowie wasn’t in Berlin solely to work, and fans can party like the British icon at some of his favourite haunts, including the SO36 club in Kreuzberg, the now-renamed Neues Ufer café on Hauptstrasse, or the slightly bougie Paris Bar near Bahnhof Zoo.

Follow in their footsteps: Berlin loves an open-mic night, giving aspiring musicians the chance to showcase their talents. Laksmi Bar in Kreuzberg hosts a well-attended weekly amateur night (with a free drink for anyone who steps up to the mic), while Madame Claude is an equally popular option.

Ryan Barrell is a writer, food-lover and travel addict living in Berlin. Follow him on Instagram @ryanbarrell

Diego Rivera is perhaps one of Mexico’s most famous exports, but the globetrotting artist spent much of his life in Mexico City. He’s best known for his art, particularly his large scale murals, but he was also a huge part of the socialist scene in the Mexican capital.

You can see his artwork first hand at the Museo Mural Diego Rivera, on the inner walls of the Palacio de Bellas Artes, and at the Museo Dolores Olmedo, which houses the largest collection of Rivera’s paintings in the world. But to get a deeper insight into Rivera’s personal life, visitors should make a beeline for the Museo Frida Kahlo. Dedicated to Rivera’s beloved Frida Kahlo (an artist who warrants her own tourist trail), the museum is littered with mementos and artwork that tells the story of the pair’s passionate, often tempestuous, relationship in the house where they once lived. Finish up the tour with a stop at Anahuacalli, a building designed entirely by Rivera and stocked with his personal collection of pre-hispanic art.

Follow in their footsteps: For an introduction to the modern Mexico City art scene, head to SOMA, a cultural space that hosts lectures and hands-on classes from local artists.

Tour the neighbourhood that inspired Gwendolyn Brooks in Chicago

Poet Gwendolyn Brooks memorialised the struggles and joys of daily life in her predominantly black South Side Chicago community of Bronzeville, merging formal structure with colloquialisms and deploying verse as a form of social activism. In 1950, she became the first African American to win the Pulitzer Prize in Literature, for the Bronzeville-set Annie Allen.

Several Brooks touchpoints endure in the neighbourhood that inspired her. Start with a visit to the South Side Community Art Center – the oldest African American art centre in the USA – where a young Brooks went to workshop early poems. Next, wander around the ornate Hall Branch of the Chicago Public Library, where the poet gave lectures alongside fellow Chicago Black Renaissance figures like Langston Hughes – the library also stocks a number of the poet’s anthologies and historical texts about her life. Finish up with a stroll around Brooks’ namesake park, which celebrates her legacy with a bust depicting the poet in quiet contemplation.

Follow in their footsteps: Many of Brooks’ poems first appeared in Chicago-based publication Poetry. Today, the foundation that publishes the magazine offers writing workshops and other events around the city.

Discover the magic of JK Rowling’s wizarding world in Edinburgh

With its turreted skyline, rip-roaring pubs and renowned art festival, Edinburgh has been enchanting visitors for centuries, but ever since a struggling single mother started penning a series about a bespectacled boy wizard, a further spell has been cast over Scotland’s historic capital. From the street that inspired Diagon Alley (Victoria Street) to the private school that sparked Hogwarts (George Heriot’s) the presence of JK Rowling’s characters and the world she imagined can be seen and felt all over Edinburgh.

There are lots of walking trails, the original being the award-winning Potter Trail, but if you’re short on time (and don’t have a Time-Turner to hand) prioritise a visit to Greyfriars Kirkyard. The atmospheric 16th century graveyard was a regular haunt of Rowling’s and inspired some of her characters – look out for the headstone of one Thomas Riddell, otherwise known as Voldemort.

Follow in their footsteps: Aspiring novelists should have at least one cuppa in The Elephant House, the now-mega-popular cafe where Rowling wrote parts of the first book in the nineties. Those wanting to put pen to paper, however, are better off seeking quieter pastures, such as the lovely Loudon's cafe in the south of the city.

Chitra Ramaswamy is a travel journalist and novelist based in Edinburgh. Follow her tweets @chitgrrl

It matters little that he died in the first quarter of the 14th century, Nizam-ud-din Auliya remains Delhi’s most revered resident. The much-loved Sufi mystic advocated universal peace, love and respect for all of the eight decades he walked this earth – a remarkable age to reach at this point in history.

Nizam-ud-din Auliya is credited with fostering Delhi’s composite culture, a melting pot of Indian, Persian, Turkish and Arabic ideas. His spiritual teachings continue to attract followers of every faith, regardless of social status, age or gender. Devoted droves of solace seekers once flocked to the khanqah (retreat) where he lived out his meditative life; today, the focus for pilgrims is the saint’s dargah (mausoleum) set deep inside Nizamuddin Basti, which rings with the sound of qawwali devotional singing in the evening.

Follow in their footsteps: Learn more about the history of Sufism in Delhi’s excellent National Museum or Public Library. Alternative spiritual pursuits in the Indian capital, meanwhile, range from yoga classes to tarot readings.

Puneet Kaur Sidhu is a writer and literary critic who divides her time between Delhi and her home in Chandigarh. Follow her tweets @babesbanter

Beloved fairy-tale writer Hans Christian Andersen is perhaps the most famous Dane of all time. Though he wasn't born in Copenhagen, he came to the city to seek his fortune at only 14 years old and lived the rest of his life there, penning dozens of renowned children’s stories, including The Ugly Duckling and The Emperor's New Clothes.

Hans Christian Andersen loved the vibrant and lively Nyhavn harbour, and resided there for nearly 20 years. He was living at Number 20 in 1835 when he published his first volume of fairy tales, and a plaque commemorating the occasion can today be found on the author's former home. Make your way up Copenhagen Harbour to see Andersen's most beloved character, The Little Mermaid, admire his statues at City Hall Square and the King's Gardens, and visit his final resting place at Assistens Cemetery.

Follow in his footsteps: Put your ideas to paper at some of Han’s favourite haunts: he was known to spend time at Det Lille Apotek, arguably Copenhagen's oldest restaurant, and the bar next to his beloved Royal Theatre, now cocktail bar Brønnum. 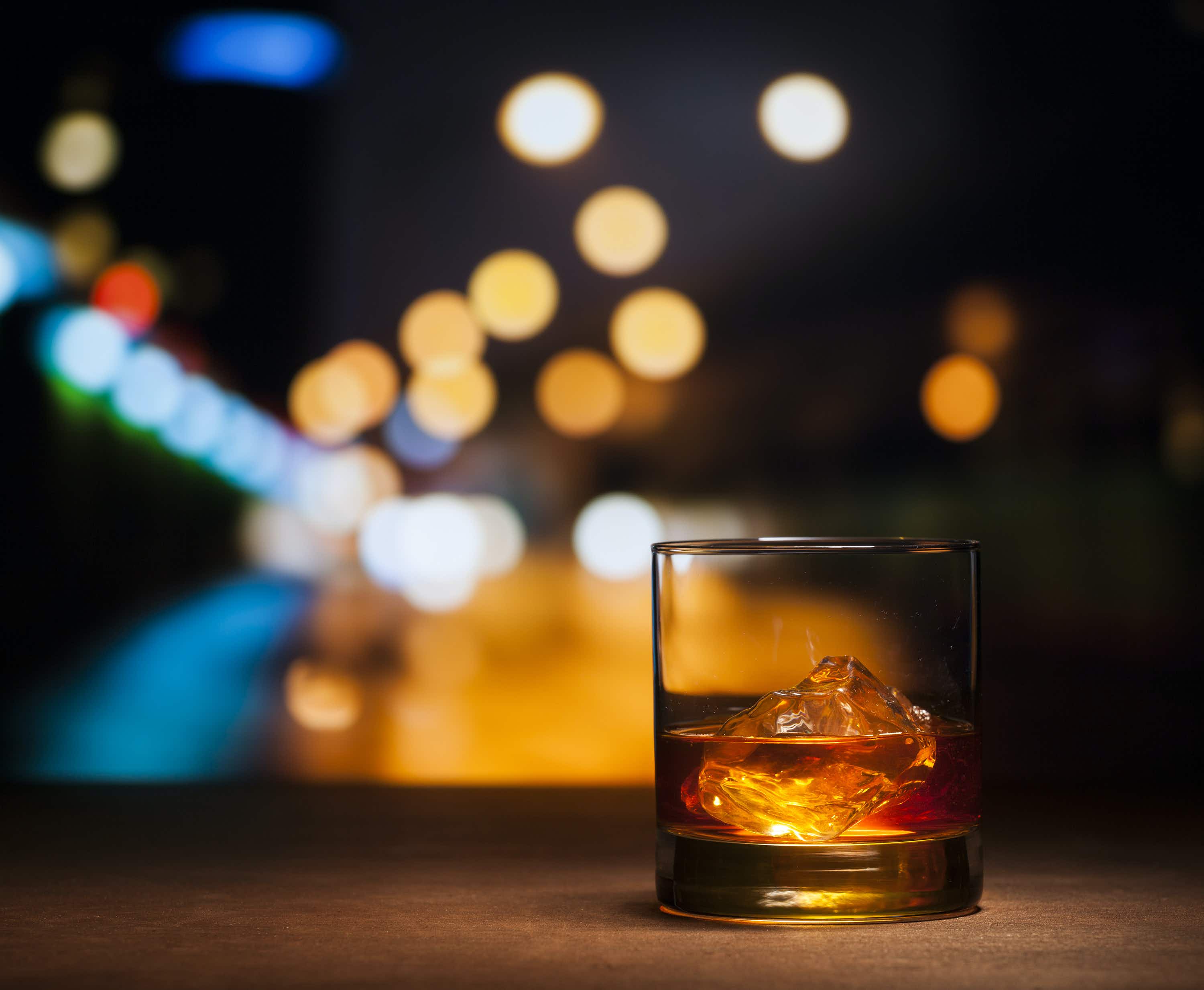 Beyond the barrel: becoming a bourbon believer in Louisville 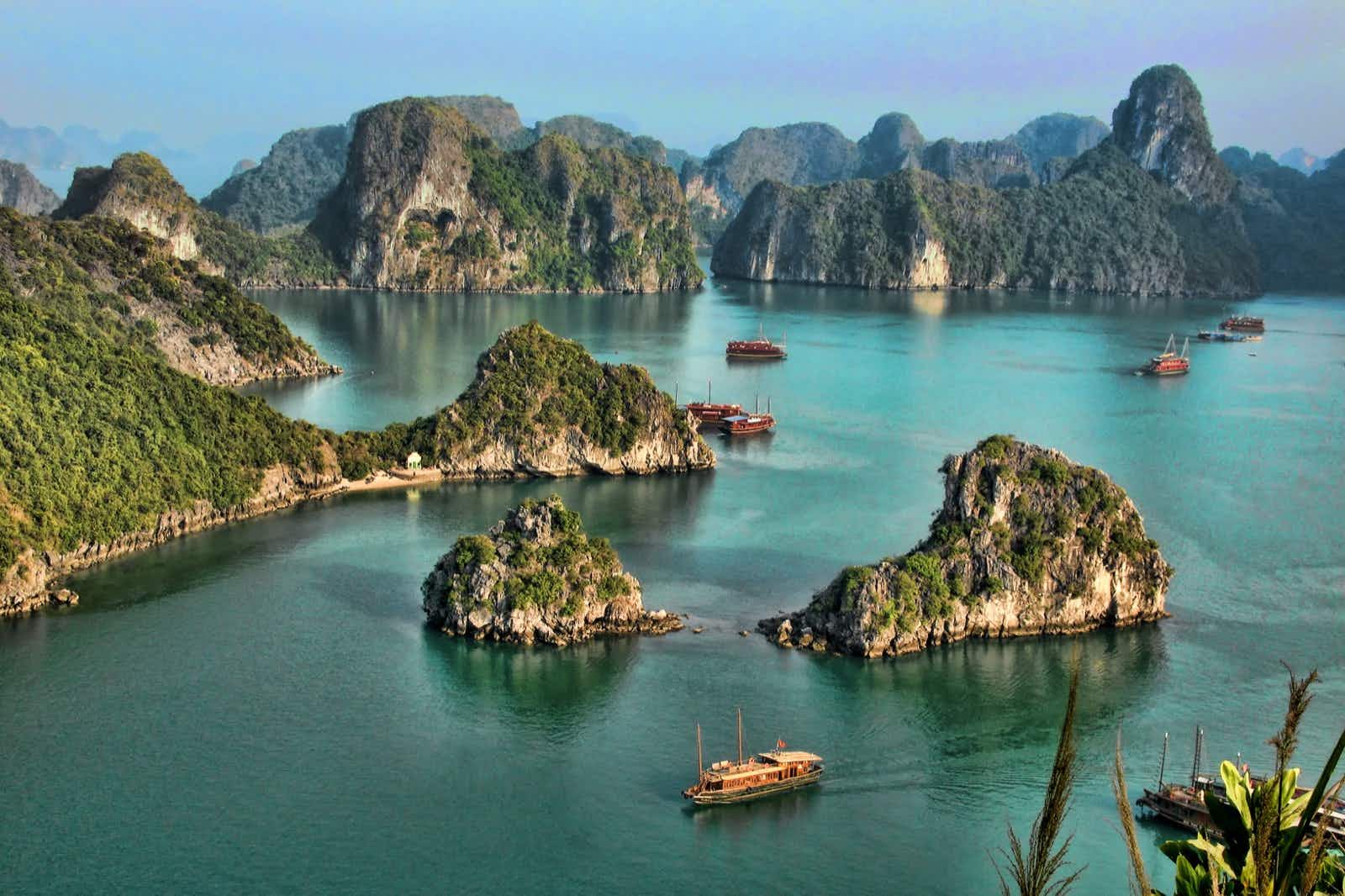