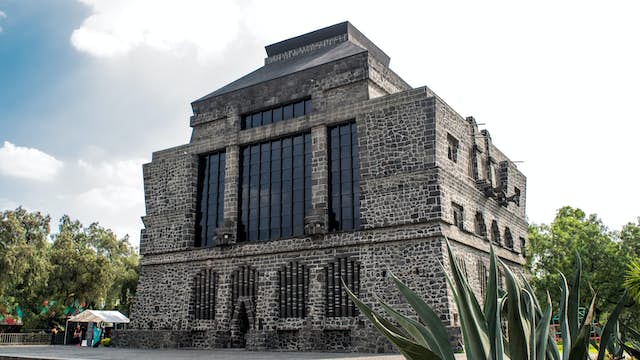 Designed by Diego Rivera to house his collection of pre-Hispanic art, this museum is a templelike structure of volcanic stone. The ‘House of Anáhuac’ (the Aztec name for the Valle de México) also contains one of Rivera’s studios and some of his work, including a study for Man at the Crossroads, the mural whose original version was commissioned and destroyed by the Rockefeller Center in 1934, which Rivera later reproduced in the Palacio de Bellas Artes.

In November elaborate Day of the Dead offerings pay homage to the painter, and from April to early December the museum hosts free concerts at 1pm on Sunday, which range from classical to regional folk music.

You can also take the tren ligero from metro Tasqueña to the Xotepingo station. Exit on the west side and walk 200m to División del Norte. Cross and continue 600m along Calle Museo.