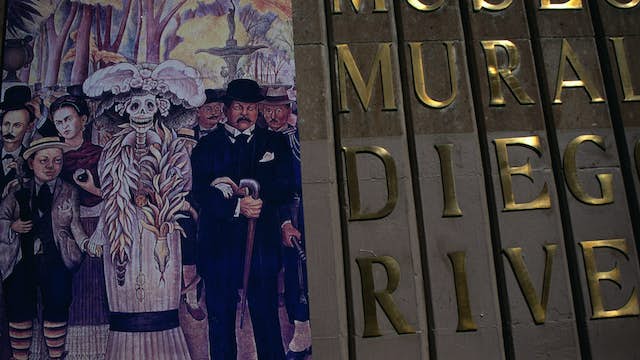 This museum is home to one of Diego Rivera’s most famous works, Sueño de una tarde dominical en la Alameda Central (Dream of a Sunday Afternoon in the Alameda Central), a 15m-long mural painted in 1947. Rivera imagined many of the figures who walked in the city from colonial times onward, among them Hernán Cortés, Benito Juárez, Porfirio Díaz and Francisco Madero.

All are grouped around a Catrina (skeleton in pre-revolutionary women’s garb). Rivera himself, as a pug-faced child, and Frida Kahlo stand beside the skeleton. Charts identify all the characters. The museum was built in 1986 to house the mural, after its original location, the Hotel del Prado, was wrecked by the 1985 earthquake.