Sliding into a bathtub after a long day is one of life’s little luxuries – but there’s nothing quite like the restorative buzz from a dip in a natural thermal pool.

From Iceland’s renowned Blue Lagoon to ancient sulfur streams in the Pyrenees, here’s a rundown of some of Europe’s best hot springs if you're looking for a proper soak in 2023.

The vibe: See it to believe it

No list would be complete without it perhaps Europe’s most famous geothermal pool. Emerging from rugged lava fields 30 minutes from Reykjavík, this vivid turquoise pool could easily be mistaken an otherworldly Icelandic natural landscape – but it’s actually a man-made complex fed by mineral-rich water recycled by the nearby Svartsengi geothermal power plant. Tubs of white, silica-rich geothermal mud are available for guests to apply their own face masks.

The healing waters of Britain’s only thermal spring have been enjoyed by everyone from the Celts to the Saxons since their discovery by legendary British Prince Bladud around 863 BCE. Tapping the spring that feeds the city’s historic Roman Baths museum, Thermae Bath Spa boasts herbal steam rooms and four thermal baths including an open-air rooftop pool with romantic views of Bath Abbey.

The vibe: Get back to nature

Dotted with water lilies and surrounded by manicured parks, pretty Hévíz boasts the world’s largest biologically active, naturally medicinal lake. Its on-site spa complex is convenient for wintertime visits, and since the lake’s natural water temperature never dips below 24°C (75°F) – getting up to 38°C (100°F) during summer – you can bathe outdoors year-round.

The vibe: Views for days

Offering a relaxing alternative to France’s more-serious medicinal bathhouses, this small sulfurous thermal spring, sitting pretty at 1450m (4757ft) in altitude, allows guests to soak at 37–40°C (99–104°F) with gorgeous views of the rolling valleys below. Just a stone’s throw from the Spanish border, Bains de Dorres dates back to Roman times.

This minimalist spa complex at 7132 Therme Vals is so trendy that devotees think nothing of the 200km (124-mile) journey from Zürich to bathe in its hydrotherapy pools. Night bathing is offered to guests who bed down at Therme Val’s adjoining hotel, which has been remodeled by the spa’s award-winning Swiss architect, Peter Zumthor.

The copper-hued springs on this volcanic island in the Santorini caldera are known for their therapeutic sulphuric mud. “Old Burnt” in Greek, Palia Kameni is accessed by boat from Santorini, with visitors required to swim from a moored vessel to reach the main seaside spring. Avoid peak tourist season for the most authentic bathing session.

The vibe: Room for everyone

Budapest is known as the City of Spas, with many of its 16th- and 17th-century Turkish baths still in use today. With a whopping 18 different pools and a further 10 saunas and steam chambers, the grand, neo-baroque Széchenyi Baths complex in Budapest’s City Park is one of the capital’s top attractions.

Having celebrated its 100th anniversary in 2013, the art nouveau Kaiser-Friedrich-Therme complex in Wiesbaden brims with old-world charm. Its aquatic healing heritage stretches back further still, with the spa built on the site of an old Roman sauna. Alongside its restorative thermal pools, the spa features a Russian steam bath and classic Finnish sauna, to boot.

The vibe: Soothing, from the inside out

Discovered by Roman Emperor Charles IV, who founded this west Bohemia spa town in the 14th century, Karlovy Vary’s mineral waters are thought to have external and internal healing properties. Many hotels, such as the Grandhotel Pupp (reportedly the inspiration for Wes Anderson’s Grand Budapest Hotel), operate traditional bathing spas, but it’s possible to drink from the springs at several of the town’s historic colonnade complexes.

Located 77km (48 miles) from Reykjavík, the bathing pools at Laugarvatn Fontana open onto the picturesque geothermal Lake Laugarvatn, the sands of which are thought to soothe arthritic joints. Built directly over a bubbling spring, the complex’s outdoor mineral pools are particularly alluring, especially when the aurora borealis streaks across the night sky overhead.

The vibe: One for the fashion set

This tiny volcanic island in the Strait of Sicily (and not far from Tunisia) houses a series of natural, non-commercial pools. Among the most popular is the harbor at Gadir, where locals (notably Giorgio Armani, who owns a holiday home here) head to bathe in the restorative waters, said to soothe rheumatism and arthritis.

The vibe: The ultimate natural phenomenon

Translating to “cotton castle” in Turkish, Pamukkale is a stunning natural pool complex that has been used for centuries to ease a range of physical maladies. Created by the build-up of carbonate minerals, the terraced hot springs fringe the ruins of the ancient Greco-Roman and Byzantine city of Hierapolis.

The vibe: The stuff of Tuscan dreams

The vibe: For the après-ski crowd

With over 6000 sq m (64,500 sq ft) of pools, the Andorran capital’s cavernous Caldea spa, fed from a sulfur-rich spring, is the largest thermal spa complex in southern Europe. It’s a good choice for those who enjoy socializing while stewing, with the spa hosting popular cocktail nights. Those seeking a more intimate experience should try one of the city’s boutique thermal spa hotels, such as the Roc Blanc – perfect for easing post-ski aches (or sweating out hangovers).

The vibe: As if Middle Earth had a day spa

The vibe: Brave a dip in the Slovenian wilds

With the water temperature bubbling just below the 20°C (68°F) mark, the tiny outdoor spring in the Slovenian village of Klevevž attracts hardier types than the country’s glitzy spas. But bathers who make the pilgrimage here will be rewarded with a soak in a wonderfully serene forest setting, with medieval Klevevž Castle visible in the distance. For something a little more refined, Dolenjske Toplice, one of Slovenia’s oldest and prettiest spa towns, is a short drive away.

Discovered in the 16th century, Längenfeld’s geothermal spring all but dried up in the 1960s. Redrilled in 1997, it now feeds this Tyrol town’s veritable alpine playground, which features three “levitating” outdoor pools. For romantics, there’s moonlight bathing at the Aqua Dome on Fridays.

It’s all about the mud at Piestany, Slovakia’s largest spa town. Attached to various spa hotels, most of the thermal pools in this western Slovakian village, 86km (52 miles) from Bratislava, are contained in the lush surroundings of a wooded park known as “spa island.” 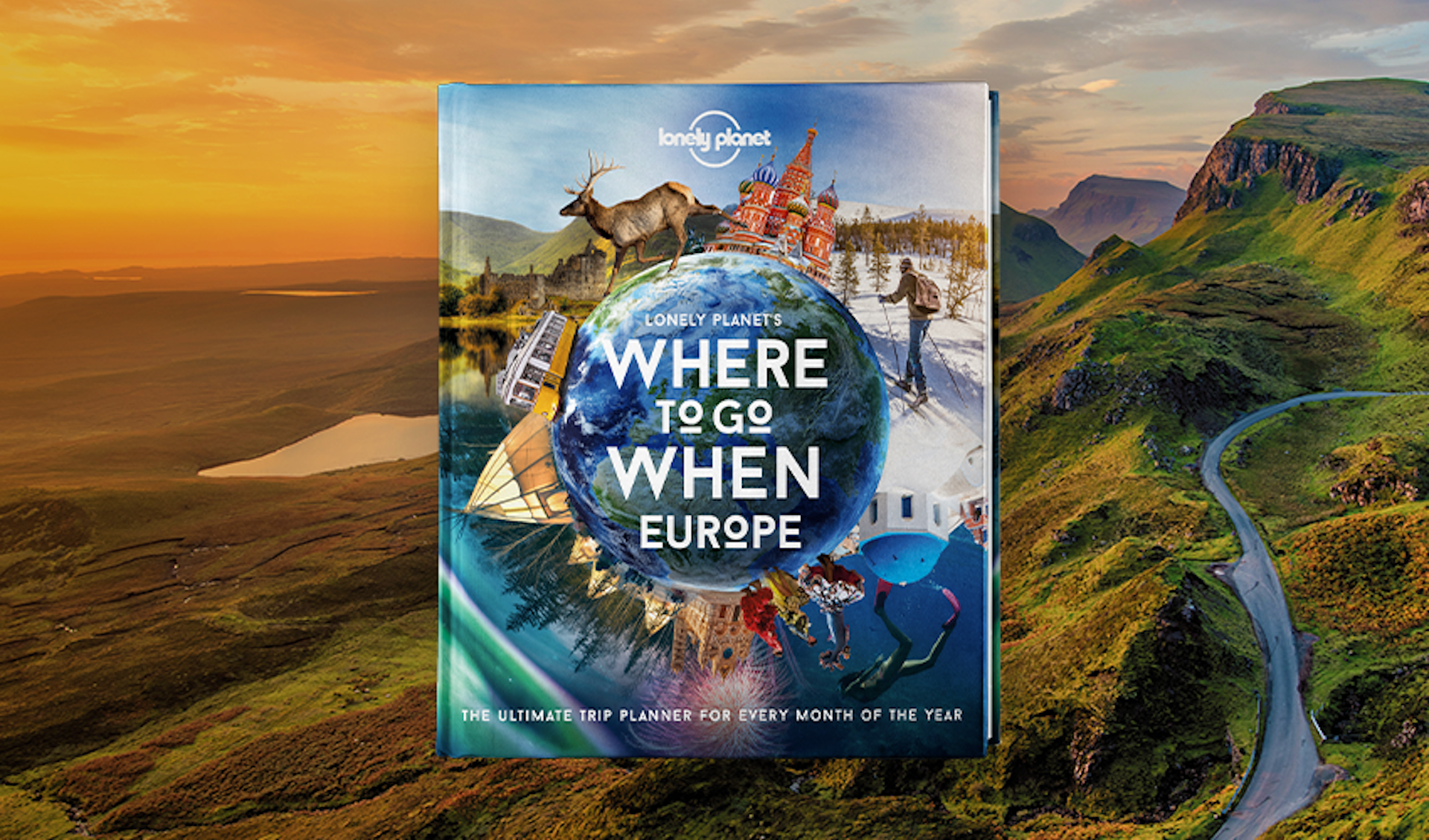 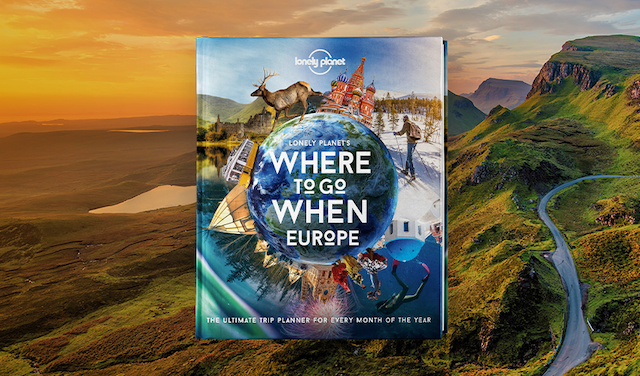