Most people would think to avoid travelling during monsoon season, but there are some unexpected advantages to travelling in Kerala at that time. Lonely Planet author Abigail Hole's got the recommendations in the rain.

Unromantic but true: Kerala, one of India's most prosperous states, is also a relatively expensive place to travel in India. Most comfortable crashpads hover around the mid-range mark, between Rs1000 and Rs3000. However, travel in September, and even October, and you will find huge discounts on peak prices (high season runs from November to March), usually of at least a third, if not 50%, on rooms. And deals are even to be found on Kerala's famous backwater houseboats (there are not many tourists about, and stately vessels galore; turn up and bargain).

2. The sound of the rain, when it comes

Rather more poetically, there are few things as romantic as the sound of the rain plummeting down while you're safely under shelter. The monsoon often takes the form of several downpours of a couple of hours, rather than all-day rains (though these do occur from time to time too). Lie in bed and hear the rain pound a straw roof.

This takes place around August to September. Onam celebrates the ancient homecoming of the legendary King Mahabali – who reigned over a golden age in Kerala – and lasts for 10 days. It's a harvest festival where people lay intricate flower carpets, buy new clothes and dress up, and celebrate with snake boat races, costumed parades, and an elaborate nine-course banquet - visitors are usually welcomed to join in the party, or at least the feast.

Monsoon is considered the ideal time of year to try some ayurvedic treatment. The atmosphere is damp, and less dusty and muggy, opening the pores and making them more receptive to herbal oils and massages. Kerala's ancient traditional medicine can help treat anything from arthritis to insomnia through herbal medicines, massage and relaxing oil-based treatments.  Herbs and medicinal plants are particularly profuse during monsoon, which leads on to the fifth point.

Kerala is always green, but during the monsoon its greenery positively explodes, its mountains and watersides are lush with spices, grain and fruit: bananas (red, green and yellow varieties), pineapple, cardamom, pepper, cinnamon, basil, turmeric, fringed fields of rice and spiky expanses of ginger. Waterfalls are heavy, the backwater levels rise, and the sea crashes, swallowing up the beach. 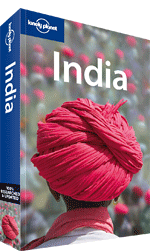 Lonely Planet author Abigail Hole is researching the next edition of the India guidebook.