Top 25 free things to do in New York City

Seeing New York City's biggest attractions can mean spending a hefty chunk of your trip budget on entry tickets. Empire State Building? $42. The Guggenheim and the Whitney both go for $25. Even the Frick is $22.

But there's a vacation-load of fun to be had without ever handing over a cent, and not just by taking on park trails, bike paths, beach boardwalks, or window-shopping. Plus if you time it right, some ticketed venues have free entry times, too. Thrifty New York travelers, get busy!

In 1991, construction workers uncovered a burial ground filled more than 400 caskets containing the bodies of enslaved Africans from the 17th and 18th century – an age when New York had more slaves than any American city outside Charleston, South Carolina. Today, visitors can tour the African Burial Ground National Monument site and visit the compact visitors center to learn about African-American history in the city. 290 Broadway between Duane & Elk Sts, Lower Manhattan

With mediums from photography to quilting to weather vanes in its collection, the American Folk Art Museum is devoted to the appreciation and expressions of self-taught artists, spanning all time and place. 2 Lincoln Square, Columbus Avenue, Upper West Side

If the Village Vanguard and Smalls are way out of your price range, head across the bridge to Barbès in Brooklyn to enjoy stellar nightly jazz for free, with a $10 suggested donation. 376 9th St at 6th Ave, Brooklyn

Flanked by the Brooklyn Museum of Art and the Mark Morris Dance Theater, the BRIC media center is in the middle of the thriving Brooklyn art scene and a leading presenter of no-cost cultural programming in the borough, with free admission to two performance spaces and a gallery.

In the summer, the organization curates the BRIC Celebrate Brooklyn! series in Prospect Park, with a majority of the concerts and performances – which in the past has included tUnE-yArDs, Ailey II, Chaka Khan and Janelle Monae – free of charge, with no ticket necessary. 647 Fulton St., Ft. Greene, Brooklyn

Curated by Bushwick native Joe Ficalora, the Brooklyn Collective is the unofficial graffiti museum that brings together top street artists from all around the world. Spanning multiple buildings and several blocks, the art is all temporary, legal and rivals anything you’ll see in a museum. Troutman Street and the vicinity, Bushwick, Brooklyn

7. Bronx Museum of the Arts

The Bronx Museum of the Arts' mission is to promote cross-cultural dialogue and make art accessible for eclectic urban audiences. Founded in 1971, its thousands of pieces of contemporary and 20th-century art span all mediums. A universal free admission policy was implemented to celebrate its 40th anniversary. 1040 Grand Concourse, Bronx

Home to New York City's government since 1812, City Hall is the oldest city hall in the USA that is still used for its original purpose. Tours take in its cupola-topped marble hall, the governor's room as well as the spot where Abraham Lincoln's coffin lay in state briefly in 1865 – make sure you reserve your spot in advance. City Hall Park, facing the Brooklyn Bridge, Lower Manhattan

It doesn't take brilliant travel minds to tell you that a park is free to visit – most parks are. But most parks aren't Central Park, Manhattan's famed claim to thinking ahead (even if it was designed in the 1860s to boost real-estate value uptown).  It's filled with free events, statues, people-watching and sites like Strawberry Fields, an “Imagine” mosaic near the Dakota, where John Lennon was killed in 1980. Another site is “the Pond,” at the southeastern corner, where Holden Caulfield kept turning to in The Catcher in the Rye, wondering where those ducks go when it's cold.

New York's most concentrated area for a gallery crawl is in Chelsea, mostly in the 20s streets between 10th and 11th Avenues. Check Gallery Guide for listings. All galleries are free entry, with no pressure to buy. And try timing your visit for wine-and-cheese openings on Thursday evenings.

It's always Fashion Week in the FIT Museum, which features rotating exhibits by students and a surprisingly interesting and detailed collection of the country's first gallery of fashion, picked from a collection of 50,000 garments dating from the 18th century to present. Seventh Ave & 27th St, Garment District, Midtown West

Two presidents were inaugurated in New York City. George Washington took the oath in Federal Hall in 1789, back when New York was the first capital, and the site was home to the first Congress, Supreme Court and Executive Branch offices (Chester A. Arthur was the second). There's a nice statue outside, overlooking the New York Stock Exchange across Wall Street and a small museum on post-colonial New York inside, which includes the bible Washington used to swear his oath of office. 26 Wall St, Lower Manhattan

Also called “Grant's Tomb”, the imposing $600,000 granite structure that holds the remains of the Civil War hero and 18th president, and his wife Julia, is the largest mausoleum in the USA, inspired by Mausolus' tomb at Halicarnassus, one of the Seven Wonders of the Ancient World. Riverside Dr at 122nd St, Morningside Heights

The ferry to Governors Island is $3 round trip (free on Saturdays and Sundays before noon), but access to the 172-acre island – which is open May through September – is free. There's a 2.2-mile bike path, mini golf, art installations, a picnic area, plus military sites such as Admiral's House and a “ghost town” of sorts at Nolan Park. Guided tours depart from the Soissons Landing Welcome Center. Ferries leave from Battery Maritime Bldg, Slip 7, Lower Manhattan

Once the nation's most visited tourist attraction outside Niagara Falls, the gorgeous Green-Wood Cemetery was founded in 1838 and is the eternal home to some 600,000 people (or about 530 miles of bodies, head to toe). It's leafy and lovely, features Brooklyn's highest point at Battle Hill – a site from the Revolutionary War now marked with a seven-foot statue of the Roman goddess of wisdom, Minerva. Watch for the squawking green parakeets at the cemetery's Gothic entry – these are runaways from a JFK mishap in 1980 and have lived here since. 500 25th St, Sunset Park, Brooklyn

You know you've made it when you get a grange (the next level unlocks when a hit Broadway musical is written about your life). Hamilton Grange is the Federal-style country retreat where Alexander Hamilton spent quieter, pre-death-by-duel New York days. You’re able to walk through on your own, but a guided tour is necessary to see the historically furnished rooms. They’re offered three times daily. St Nicholas Park at 141st St, Hamilton Height

It may technically be a public park, but the expanding High Line project has the impact and feel of a real-life tourist attraction, complete with its own opening hours of 7am to 7pm. Created from an abandoned stretch of elevated railroad track, the landscaping of this park (which stands 30 feet in the air) connects the Meatpacking District with Chelsea's galleries, ending at the Javits Center on the south side of Hell's Kitchen. There are wonderful views of the Hudson River and of pedestrians on the sidewalks below. Watch for public-art installations and events. Gansevoort Street to 34th St, between 9th & 11th Aves, Chelsea

The films and lectures usually involve a ticket, but the gallery exhibits at the Japan Society, which focuses on Japanese art, are free 6 to 9pm Fridays. 333 E 47 St, between First & Second Aves, Midtown East

20. National Museum of the American Indian

Situated in the spectacular former Alexander Hamilton U.S. Customs House (1907), the National Museum of the American Indian is one of the country's finest collections of Native American art. The focus of its million-plus items, as well as its programs, is on culture rather than history. 1 Bowling Green, Lower Manhattan

Now for something completely different. The Earth Room, Walter De Maria's 1977 art installation, is a single room filled with 280,000 pounds of dirt, combining the framework of an ordinary office with the scent of a wet forest. 141 Wooster St, SoHo

New York's most famous library, also known as the Stephen A. Schwarzman Building, is situated in a grand Beaux-Arts icon east of Times Square. Fronted by marble lions named “Patience” and “Fortitude,” it’s a jaw-dropper to walk through – particularly the reading room fit for 500 patrons poring over tomes under the library's original Carrère and Hastings lamps. There are exhibits too, including a copy of the original Declaration of Independence, a Gutenberg Bible, plus 431,000 old maps. Free tours take place at 11am and 2pm Monday to Saturday, with an exhibition tour at 2pm on Sunday. Fifth Ave at 42nd St, Midtown East

You can try your luck to win free tickets to Shakespeare in the Park via the digital lottery and standby lines, but just in case you don’t win, you can also get your fix of the Bard – with some romantic lighting –  at Shakespeare at Sunset, hosted by New York Classical Theatre at non-traditional public venues across the city, including the Brooklyn waterfront.

Overlooking Roosevelt Island and the Upper East Side on the East River, the former landfill site turned Socrates Sculpture Park is a playful and free outdoor museum and public park with large-scale interactive sculptures and multimedia art installations. On Wednesdays in the summers are free movie screenings with an emphasis on foreign films, preceded by corresponding music and cultural performances. Broadway at Vernon Blvd, Astoria, Queens

The Statue of Liberty is a must-see, but the ferry tours there start at $18 for adults. Enter the Staten Island Ferry, which cuts across the New York Harbor 24 hours a day, 7 days a week, offering a stellar view of Lady Liberty, for absolutely free (and bonus: there’s food and drinks for sale on board). Having been in service since 1905, the ferry carries 19 million people across the harbor each year. Whitehall Ferry Terminal, Lower Manhattan

Article originally published by Mikki Brammer in 2011. Updated for a third time by Vanita Salisbury in Feb. 2020. 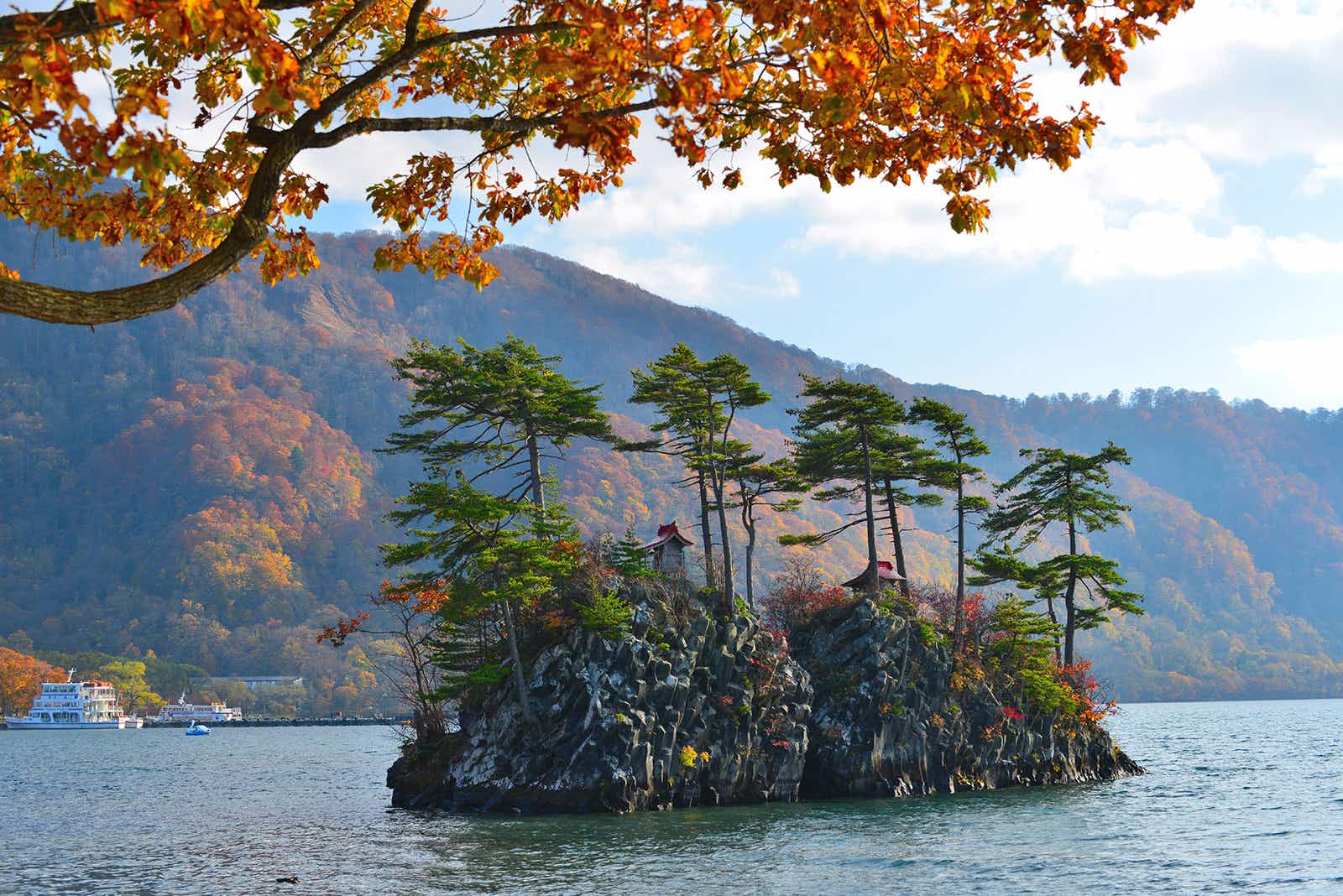 Exploring Japanese traditions in the ‘Deep North’ region of Tohoku… 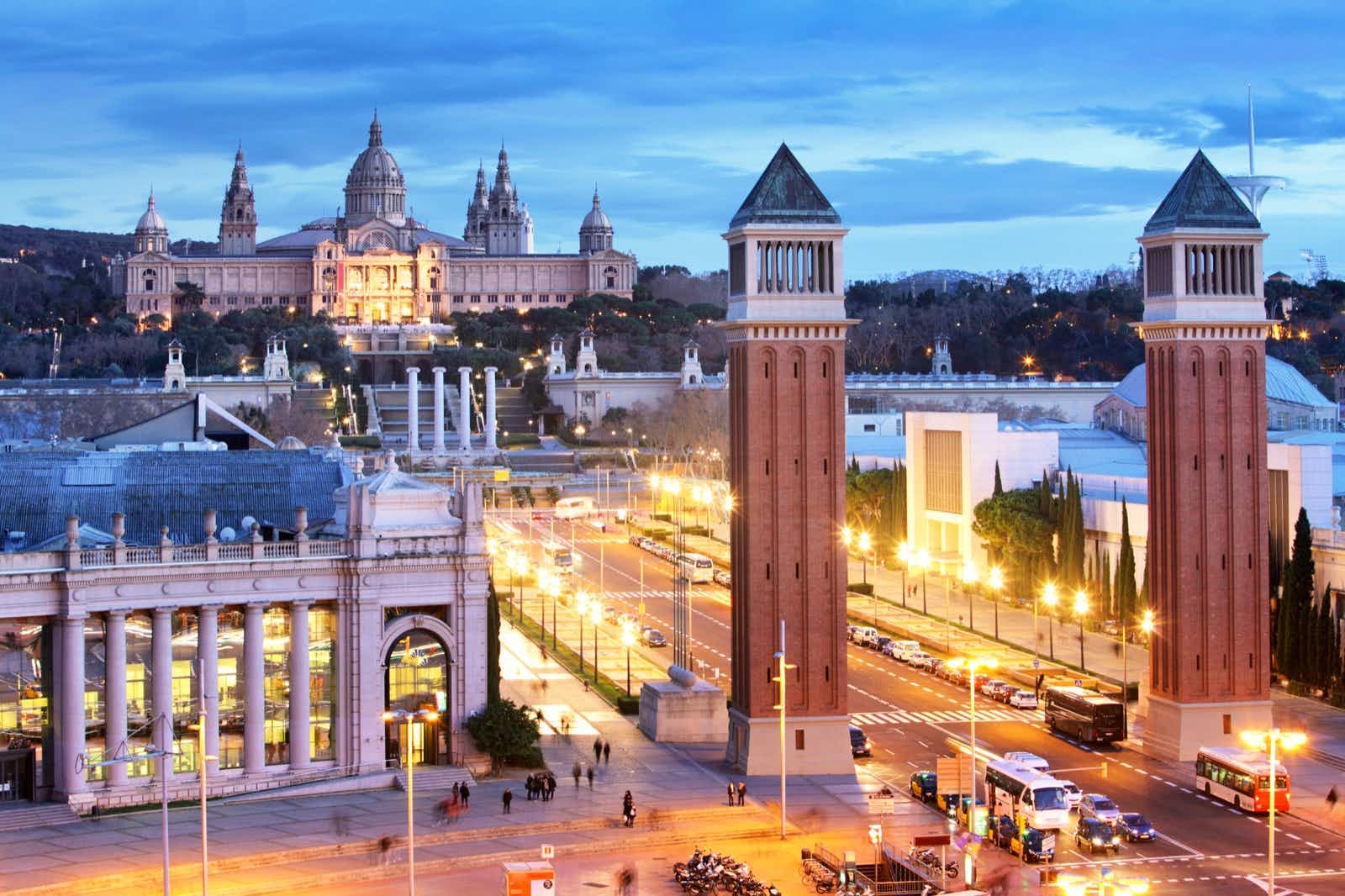