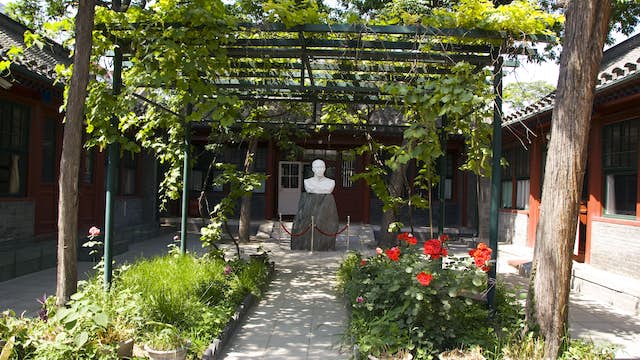 This largely renovated residence was the home of Mao Dun, the pen name of Shen Yanbing (1896–1981), a well-known author. He lived at the back courtyard here from 1974 until his death. His best-known works are Spring Silkworms (1932) and Midnight (1934).

Mao Dun was born into an elite family in Zhejiang province but educated in Beijing. In 1920 he helped found the Literary Study Society, an association promoting literary realism. Mao Dun joined the League of Left Wing Writers in 1930, becoming solidly entrenched in the bureaucracy after the communists came to power. He lay low during the Cultural Revolution, but briefly returned to writing in the 1970s.