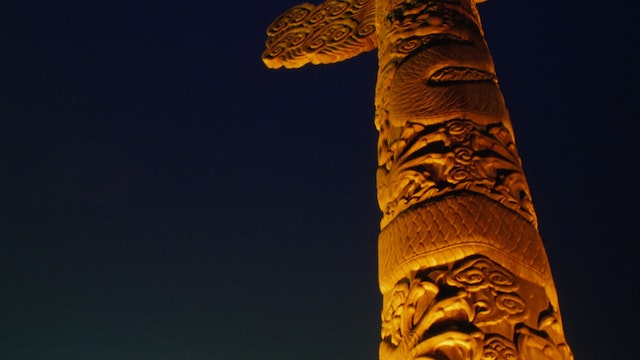 Instantly recognisable by its giant framed portrait of Mao, and guarded by two pairs of Ming dynasty stone lions, the double-eaved Gate of Heavenly Peace (literally 'Tian'anmen') is a potent national symbol. Formerly the largest of the four gates of the Imperial City Wall, it was from here that Mao proclaimed the founding of the People’s Republic of China in 1949. Climb the gate for excellent views of Tian'anmen Sq. The ticket office is on the northwest side of the gate.

Built in the 15th century and restored in the 17th century, the gate provides the main point of access for tourists entering the Forbidden City. Today’s political coterie watches mass troop parades from here.

Mao's portrait – a 6m x 4.6m oil painting repainted annually – is a relatively recent permanent addition. During the 1950s, it was only hung on the gate for the May and 1 October celebrations. In the early years of the PRC, the gate and its vicinity also occasionally sported portraits of Sun Yatsen, Karl Marx, Vladimir Lenin and Joseph Stalin. Mao has been a constant fixture since 1975. Either side of the portrait are placards reading: 'Long Live the People's Republic of China' and 'Long Live the Unity of the People of the World'.

It was from atop the gate, at 3pm, 1 October 1949, that Mao proclaimed the founding of the People’s Republic of China, when the square it faced was just a fifth of its current size. Climb the gate for excellent views of the square and to admire the carpentry inside. You'll also find a photographic history of the gate and Tian'anmen Sq (the captions are Chinese only), and footage of military parades.

The ticket office is on the northwest side of the gate; you'll need to stow all bags here before entering. For Forbidden City tickets, keep walking 600m further north.