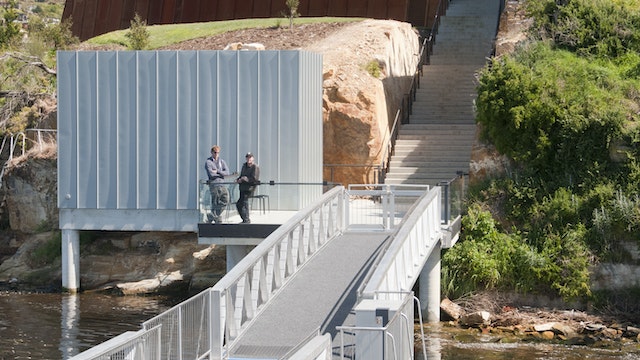 Also at MONA is the cellar door for Moorilla, a winery established here in 1958. Duck in for a wine or Moo Brew beer tasting, or have lunch at the outstanding adjoining restaurant, the Source. You can also catch a summer concert on the lawns, grab a more casual feed at the bar-restaurant inside the museum's new Faro wing, or maybe splash out on a night in the uber-swish Pavilions.

MONA is the driving force behind Launceston's annual MONA FOMA arts and music festival, and Hobart's disquieting Dark MOFO winter festival. At the end of 2018, MONA also unveiled plans for a striking new five-star hotel – Motown – on the premises; it's expected to open in 2024.