10 of the world's coolest food trucks

Over the last decade, the culinary landscape of cities all over the world has been transformed by a new kind of street food purveyor: gourmet food trucks.

Found on city streets from London to La Paz, these plates are served at street prices – and with no booking or dress code required, they cater to foodies who are more interested in taste than the formal trappings of restaurant life. Fun, local and affordable, they are also an easy way for urbanites to sample delicacies from the other side of the world, and for visitors to get involved in a city’s food scene.

Meet the chefs, hear the stories behind their passion projects and discover how to cook a raft of crowd-pleasing dishes with this amuse-bouche inspired by our latest foodie title, Around the World in 80 Food Trucks.

Run by husband-and-wife duo Kim and Reinaldo, Misunderstood Heron is located on the picturesque shores of Killary Fjord in Connemara, along Ireland’s famous Wild Atlantic Way. Originally from Chile, Reinaldo travelled to Ireland to work as a kayak safety instructor, where he met Kim. The pair fell in love, and it wasn’t long before they set off travelling together, exploring India on a motorcycle, as well as Nepal, Sri Lanka and Chile.

Upon returning to Ireland, they sourced an affordable food truck that gave them the chance to create new dishes, as well as old family favourites from both Chile and Ireland. Using the finest local produce, their fare includes fresh mussels straight from the fjord; parsley and coriander falafel boxes; and stuffed empanadas. One of their most popular dishes, spicy lamb samosas, was inspired by their travels around India, and uses Killary lamb from a nearby farm.

Kässpätzle is a dish from the South German area of Swabia, and has spread across several regions, thanks to its simplicity. Often likened to mac ‘n’ cheese, it consists of fresh noodles tossed in cheese and served up with crispy fried onions. Although they only sell one dish, the folks behind Heisser Hobel have become locally renowned in Berlin because of their exclusive cheese blend, which was developed in a small dairy and uses local milk to create nine-month aged Allgäuer Bergkäse and four-month aged Emmental.

Operators Florian, Myriam and Oliver are considered early pioneers of the German food truck movement, having converted a Soviet-era German camper (known as a ‘Nagetusch’) into a rolling kitchen in April 2013. Despite battling temperatures of 50°C (122°F) during the summertime, the chefs say they love the freedom that comes with a mobile kitchen and the sense of community in the food truck scene.

Recipe: how to make kässpätzle

The Brazilian food truck scene exploded in 2014 after legislation was passed to allow them to operate in the largest cities. But while most Rio-based trucks sell conventional fast-food with US or European roots, Marianna Ferolla decided hers, Tapí Tapioca, would sell something 100% Brazilian. Tapioca is the starch extracted from the cassava root, a vegetable native to Brazil, which has long been used as a staple food. Tapioca is also the name given to the stuffed pancakes Marianna believes will one day conquer the world.

The chewy texture of the tapioca works brilliantly with melted cheese and this accounts for the popularity of the Tapí Parrí, a combination of creamy Brie, crunchy almonds and fragrant truffle honey. In 2016, the Tapí team opened their first store and since then have opened several other venues. ‘Eventually we’d like to expand Tapí internationally’, smiles Marianna, ‘But one step at a time.’

Everything’s just ducky at this Montréal food truck that serves canard in many forms, from ‘Quack ‘n’ cheese’ (macaroni and cheese topped with duck confit) and ‘Empanaduck’ (duck empanadas) to this risotto made from barley, mushrooms, herbs and more confit duck. The Duck Truck is the brainchild of Isabelle Pelletier and Thierry Baron, who also runs Montréal’s Vertige restaurant.

‘They realised that duck was a versatile meat that they could use to prepare many different dishes, rather than being locked into a single concept. No other Montréal food truck was serving duck, and since the meat is not inexpensive’, Pelletier quips, ‘we were sure that no one else would do this.’ Pelletier says that they also took inspiration from Wilensky’s Light Lunch, known for its pressed sandwiches. After envisioning a similarly iconic sandwich made from duck, they invented their own, ‘Le Vilain’, stuffed with braised duck, onions and Cheddar.

Recipe: how to make barley risotto with duck confit and mushrooms

Mama Rocks is without doubt Nairobi’s best-loved food truck. Started by two Kenyan-Nigerian sisters, Samantha and Natalie, it has given the ‘Gourmet Burger’ an authentic, African twist. Pioneering the food truck scene wasn’t easy, though, as Nairobi was on the cusp of regulating the innovative sector, but today their truck roams between the buzzing Alchemist Bar and music festivals, where it draws a young, urban crowd.

It may be a modest-sized truck, but the flavours are fresh and bold. Each burger represents a different part of Africa – the signature dish being the Paw Paw Pow Burger, named after the sisters’ first trip to Nigeria and their first taste of the succulent, sweet fruit. The Kenya-themed Mango Masai Mama Burger – packed with chilli mango mayonnaise, Cheddar cheese and roasted pepper – is also a favourite. The sisters hope their eclectic menu will educate and inspire people to learn more about African cuisine.

Recipe: how to make a paw paw pow burger

In 2009, just as the branded food truck revolution was gaining momentum, Akash Kapoor and his partners launched Curry Up Now in San Francisco. The mission was to serve authentic Indian food with traditional North Indian flavours, but in accessible ways that were also a touch atypical. Such was the genesis of their breakthrough Tikka Masala Burrito – a truck-friendly, eat-while-you-walk approach to Indian food that’s familiar but cool and has a little bit of mystery.

Since then, their Deconstructed Samosas, Naughty Naan, Sexy Fries and other signature specials have complemented a menu of classics, including Chana Masala, a chickpea curry mainstay. Just don’t call anything fusion or modern food, because at heart it’s true to time-honoured tastes, with ingredients that are, as much as possible, organic, locally sourced and environmentally conscious. Today, Curry Up Now reaches fans through its food truck, six Bay Area fine-casual restaurants and two Mortar & Pestle bars serving unique India-inspired cocktails.

Recipe: how to make chana masala

The cooks behind Soufra haven’t had it easy. As women from the Burj el-Barajneh Palestinian refugee camp in Beirut, they’ve faced grinding poverty and legal restrictions on education and job prospects since the camp’s founding in 1948. Founded by Mariam Chaar, Soufra has a weekly stand at a farmers market, where the food truck sells its signature dishes, including a transcendent version of the Palestinian national dish msakhan.

Chaar started Soufra, which means ‘table of plenty’, in 2013 to create opportunities for members of her community most in need of jobs; since then over 40 women have benefitted from the programme and in 2017, Susan Sarandon produced a documentary about Chaar’s uphill battle to purchase and outfit the truck. Fuelled by Palestinian delicacies, the women’s energy seems boundless.

Recipe: how to make Lebanese msakhan

Blown away by Kouri Island’s ocean views, Yumiko Omine and Mimi Kojima moved here from Tokyo to open Kouri Shrimp in 2014. ‘It was love at first sight,’ Mimi says. Observing the climate’s similarity to Oahu Island, they decided on Hawaiian-inspired shrimp served with rice and a side of Okinawan vegetables as their speciality. ‘We thought the dish could be familiar, but new,’ Mimi adds. The pink and blue-green truck sits in a parking lot steps from the beach where it meets Kouri Bridge, a 2km connection that leads to the mainland.

Kouri Shrimp’s menu includes four kinds of garlic shrimp, thinly sliced French fries and a side of Onaha beef, but the original garlic shrimp plate remains king of the truck. Pairing their juicy, seasoned crustaceans with a canned Hawaiian Sun or a cold beer, visitors can enjoy their meal with the crystal waters crashing at their feet.

When Rebecca Feingold first saw the utility truck that was to become Toasta, it was covered in red dust from the Northern Territory. It was cleaned up, built up and launched as Melbourne’s only toasted sandwich truck in 2014. When deciding between the Mack Daddy, with pulled pork and mac ‘n’ cheese, and the Shane, with chicken schnitzel, it’s hard to believe Rebecca studied nutrition. But for the owner whose dad used to make jaffles and Milo milkshakes every Saturday morning, it’s about bringing people together. ‘I’ve always loved cooking for people and sharing food’, she says.

Toasta makes the rounds at festivals, markets and events, and in 2016 Toasta opened a permanent store in West Melbourne. Whether served with tomato bisque in winter or deep-fried potato the morning after a big night, there’s a taste of nostalgia with Toasta.

Recipe: how to make The Fonz toastie

Brothers Nicko and Franky Karagiorgos were born into the business of vending street food. For as long as they can remember, their uncles were pushing carts and selling hot dogs, sausages or souvlaki near their childhood home in Astoria, Queens, and they loved to help. So, after dabbling in corporate America, they jumped at an opportunity in 2009 to take over a plum Park Avenue location from their Uncle Gus.

First, they built a larger, walk-in cart and then upgraded to a truck. Today, they have two Uncle Gussy’s trucks, a restaurant and online ordering, but haven’t sacrificed the quality and attention to detail – fresh, natural meats and vegetables, prepared by hand – that keep lines long and customers raving. Because, to them, it’s the little things that count, including a commitment to charity work in support of kids and health causes. Nicko’s personal favourite dish is this Greek classic: pork souvlaki.

Recipe: how to make pork souvlaki 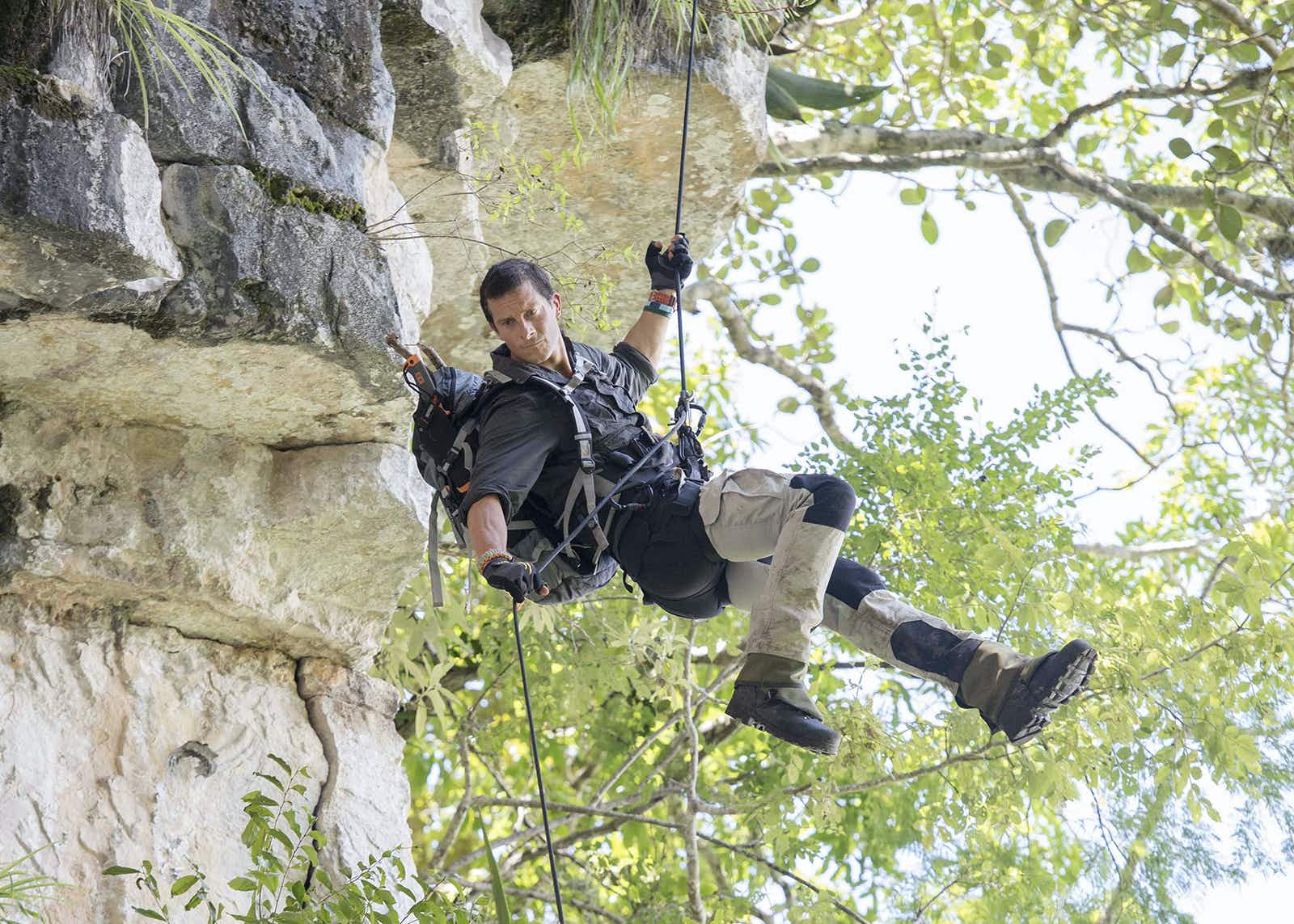 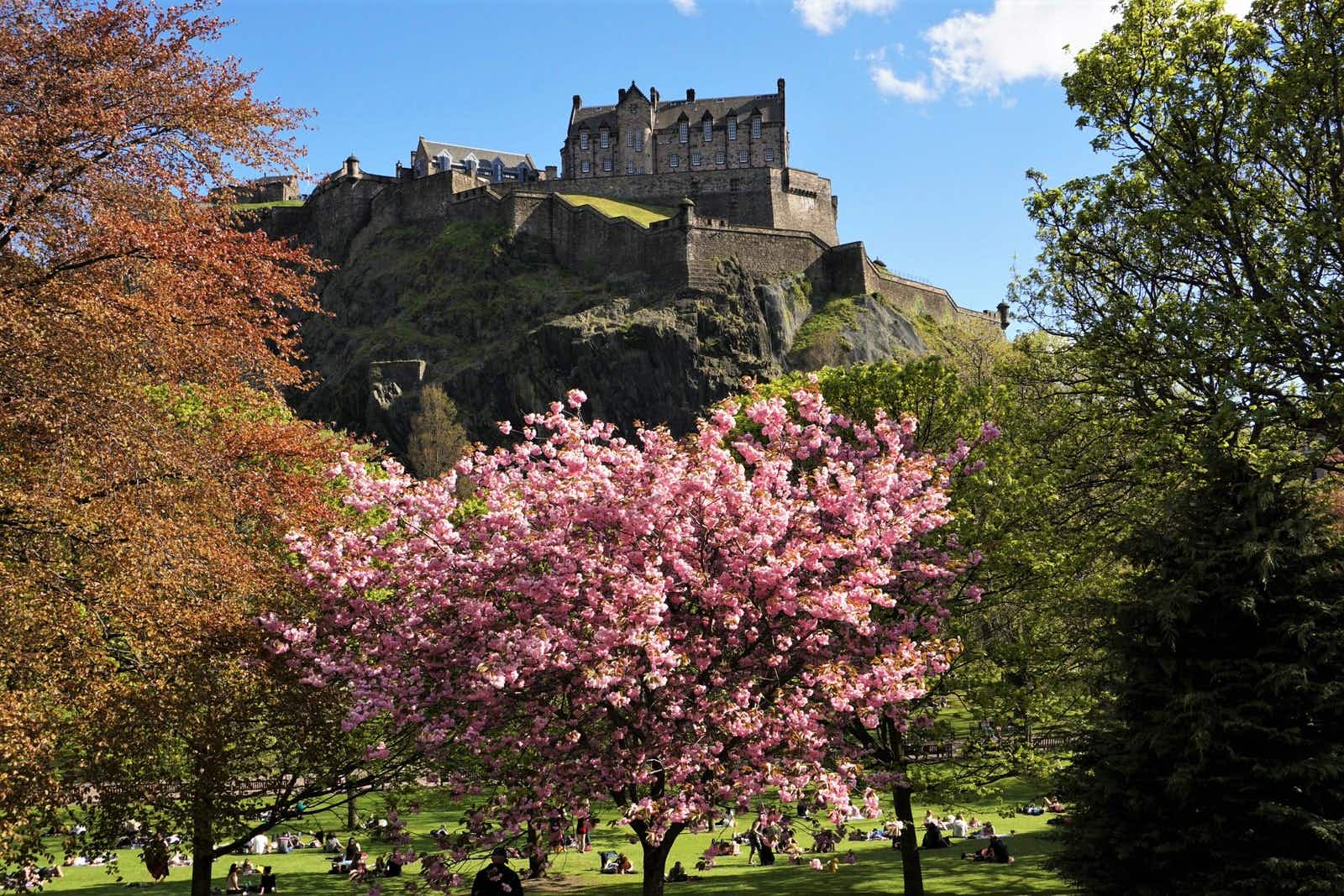 What to do in Edinburgh in spring 2019