There’s nothing quite like going to source: sipping that perfectly crisp Chardonnay amidst the rustic, rolling landscapes that brought it into being.

And with a land mass of approximately 2.7 million sq km between them, the USA and Canada offer up a mind-boggling diversity of dynamic terroirs resulting in a wine list greater than your wildest dreams. Uncork these 10 locales that’ll whisk you, glass in hand, through some of North America’s most notable winemaking regions.

One of California’s most geographically diverse counties, Sonoma is also one of its most vibrant wine areas. The Coast Ranges hug the Pacific Ocean on the western side of Sonoma County, protecting it from the cold ocean currents rushing along the coast from the north. On the far eastern side, the Mayacamas Mountains carve the county line between Sonoma and Napa. In the middle, the Russian River Valley creates a series of rippling hills and flood plains. And it’s the notable change in temperature and conditions, between coastal and inland reaches, that enables such diversity in northern Sonoma’s wines.

Though Arizona’s contemporary wine industry is relatively young, vines were first planted here in the late 1800s. Pioneers believed the craggy landscape could make it a world-renowned wine region akin to parts of northern Spain or Italy – until such dreams were crushed by Prohibition. It wasn’t until the 1980s that vineyards began to reappear in the region. Over the last decade, original vines introduced by explorers during the Gold Rush have been rediscovered and are now being cultivated alongside a wealth of Spanish, French and Italian varieties.

While farming in the Verde Valley over the last century has focused on cattle ranching, a local food boom has recently taken hold, bringing with it an increase in local vineyards. As a result, the region now boasts the state’s greatest concentration of wineries and tasting rooms.

Colorado winemaking is still a new frontier. While it has roots in the 1800s, the wine scene was limited to just five wineries as recently as 1990. Now, more than 100 wineries lie scattered across the state – from the front range (Boulder/Denver) to the state’s four-corner town of Cortez near the grand Mesa Verde. However, the largest concentration of vineyards can be found hugging the Rocky Mountains’ western slopes around Grand Junction, where the low humidity and intense ultraviolet rays of the high desert make it possible to grow a wide range of grapes despite a shortened season.

The Grand Valley AVA is home to the highest concentration of vineyards in Colorado. Many of them sit at around 4500ft, soaking up the sunshine that radiates off the valley’s chalky Book Cliffs – growing conditions you’re unlikely to find anywhere else in the world.

Nova Scotia’s cool climate, enough to send a shiver down the vine tendrils, comes with its challenges for viticulturists – the pulse of the province pounds along with the ocean waves and it’s only granted 120 annual days of sunshine compared with about 300 in, say, Australia. Around the Annapolis Valley, vineyards border the tumultuous Bay of Fundy where the highest tides in the world gush in and out each day. The sea-drenched terroir lends itself to light, zesty or floral whites, acidic reds and sparkling wines.

The local winemakers have had to get inventive to achieve complexity and variety, tearing up the rule books to make way for imaginative techniques, little-known grapes and individual wines. Some have even been engineered for the climate and cuisine: Tidal Bay, the region’s signature appellation, is produced to strict criteria and designed to pair with Nova Scotia’s local seafood (this is lobster country, by the way).

New Jersey’s wine industry dates back to the 1700s, when London’s Royal Society of the Arts recognised two New Jersey vintners for their success in producing the first bottles of quality wine from the colonies. The state’s modern wine industry now boasts more than 50 wineries. There is a legacy of sweet, hybrid-based wines that sold — and still sell — well to locals, but today more wineries than ever are focusing on European grapes and pushing the quality envelope.

One of the biggest challenges faced by New Jersey’s fine wine producers is that hangover of good-not-great wine. But, though it’s the fourth-smallest state in the USA by area, when it comes to wine, New Jersey is hugely diverse. East-coast standards like Chardonnay and Cabernet Franc are grown across the state, but in the southern half, Bordeaux varieties including Merlot, Cabernet Sauvignon and Sauvignon Blanc dominate along with hybrid varieties like Chambourcin.

Long Island wine country is just an 80-mile drive east from Manhattan’s skyscrapers, but it might as well be another country. The Atlantic waters fringing its grape-growing areas are the key to Long Island’s outstanding wines: they moderate spring and autumn temperatures, extend the growing season, protect vineyards against frost, and minimise winter-cold damage. A lengthy growing season, with plentiful summer sun and cool overnight breezes, makes Long Island’s maritime climate unlike any other in the world.

There was a time when Long Island compared itself to both Bordeaux and California, and its grapes reflect that. Merlot is the most-planted red, and there are significant plantings of Cabernet Sauvignon and Cabernet Franc. Chardonnay dominates local whites, but Sauvignon Blanc is becoming more common and compelling with every vintage.

Known the world over for its vibrant food scene, the city of Portland celebrates its funky food trucks as much as its traditional restaurants. As the food scene has exploded, so has the region’s wine. Portland is a perfect city for making an urban adventure out of your love for both. Thanks to their proximity to one of the world’s renowned Pinot Noir regions, as well as the smaller, warmer Columbia Gorge, Portland’s urban wineries offer both the cool-climate wines of Willamette Valley, and the more robust flavours of the Gorge.

In exploring the city’s winery scene you’ll find tasting rooms for every preference: cooperative warehouse-style tasting rooms where you can sample multiple labels under one roof; wine bar-style venues where a winery offers its own produce by the glass alongside wines of the world, and traditional tasting rooms adjoining their respective wineries.

Vancouver Island spans all terrains, from sandy beaches to rocky shores, marshy lowlands to rolling farmland, and old-growth temperate rainforests to snow-dusted mountains. Stretching 500km southeast to northwest, the island is bisected by a mountain range, crossed by undulating rivers and rimmed with countless bays. The mild annual temperatures (Canada’s warmest) and modest population (775,000 residents, half of those in Victoria) make visiting year-round easy – and winemaking a flourishing scene.

There are more than 30 licensed wineries, focusing on cool-climate grapes that are adaptable to the marine environment. Pinot Gris and Ortega lead in white grapes, while Pinot Noir and Marechal Foch are the main reds. Sparkling wines enjoy a high success rate, with vintners capturing that fresh, clean, natural acidity in bubbles from frizzante to traditional-method fizz.

As the saying goes, ‘everything is bigger in Texas' and the Texas Hill Country spans nine million acres, which means plenty of room to accommodate numerous soils and climates. This has led to several smaller wine regions existing within the larger Texas Hill Country, and also to a wonderful variety of grapes thriving here. These range from Bordeaux varieties Cabernet Sauvignon and Merlot to Italian Sangiovese and Vermentino, and even cool-climate Chenin Blanc.

Fredericksburg is the heart of the region; an easy, scenic drive from Austin along Hwy 290, which winds its way through the region’s namesake hills. Oaks and elms provide shade at wineries along the way, wildflowers bloom in the fields, the bright Texas sky shines soft-blue above, and at Becker Vineyards, an award-winning winemaker, the gentle breezes rustle expanses of lavender. This is the Texas seldom seen in cinema, and one of the most scenic parts of the state.

The spirit of Founding Father Thomas Jefferson infuses central Virginia’s wine country – so much so that the Monticello American Viticultural Area (AVA) is named for his estate just south of Charlottesville. Jefferson planted European grape varieties three different times on his property, but never succeeded in making wine — the grapes were ravaged by birds, Hessian war prisoners and the phylloxera root louse.

Today, however, the region’s vintners are producing first-class wines. Bordeaux-style blends based on Merlot shine, but central Virginia refuses to be pigeonholed. Look for delicious Vermentino, flowery and fruity Petit Manseng, and brawny Tannat. This area is also riddled with history. Local cideries are reviving the heirloom apple varieties Jefferson and his contemporaries used to make cider, their daily tipple.

Fancy another glass? Take your pick of 40 perfect weekends away in North American wine country with our Wine Trails: USA & Canada guide. 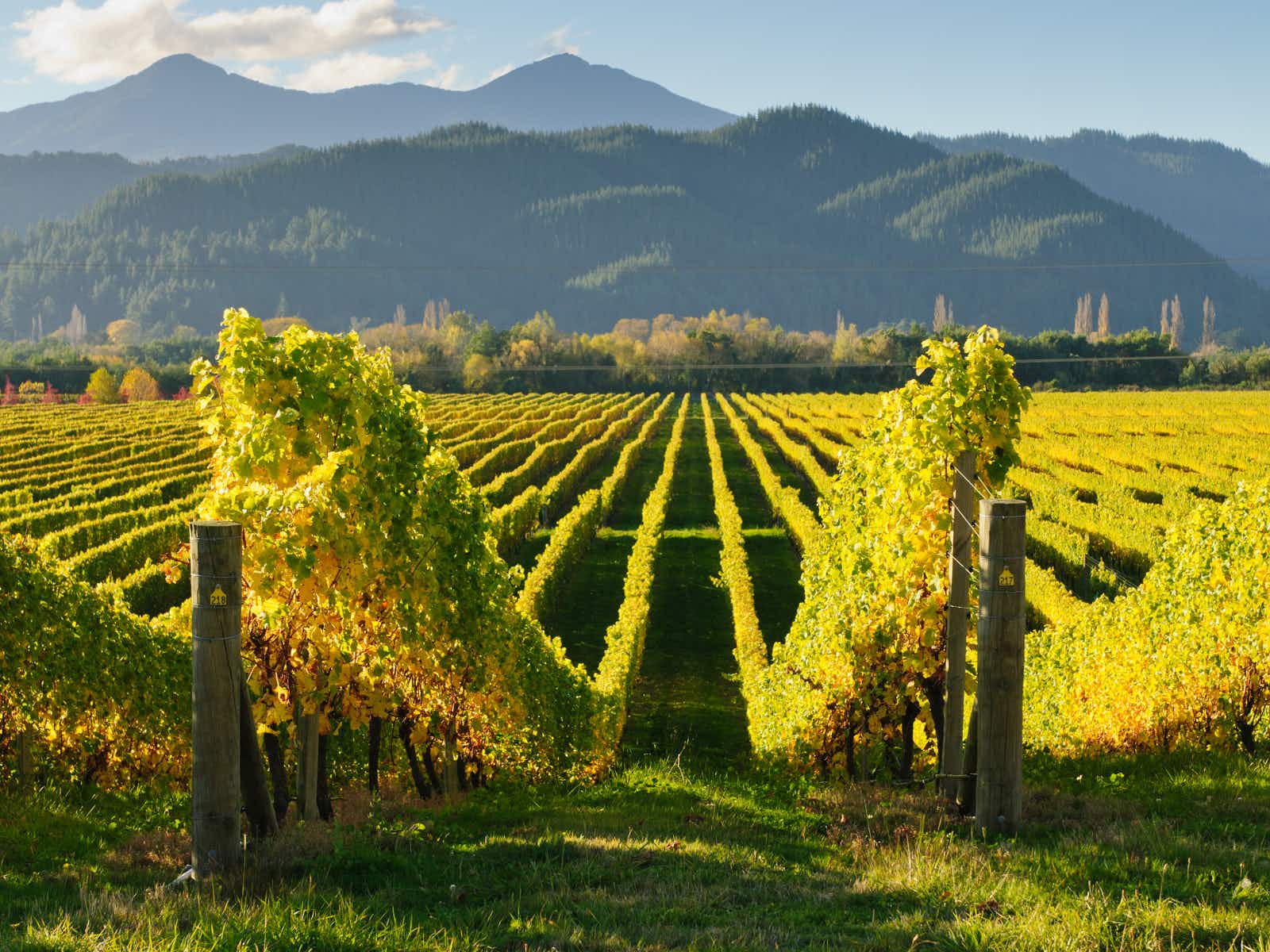 Ten of Australia and New Zealand’s most intriguing wine regions… 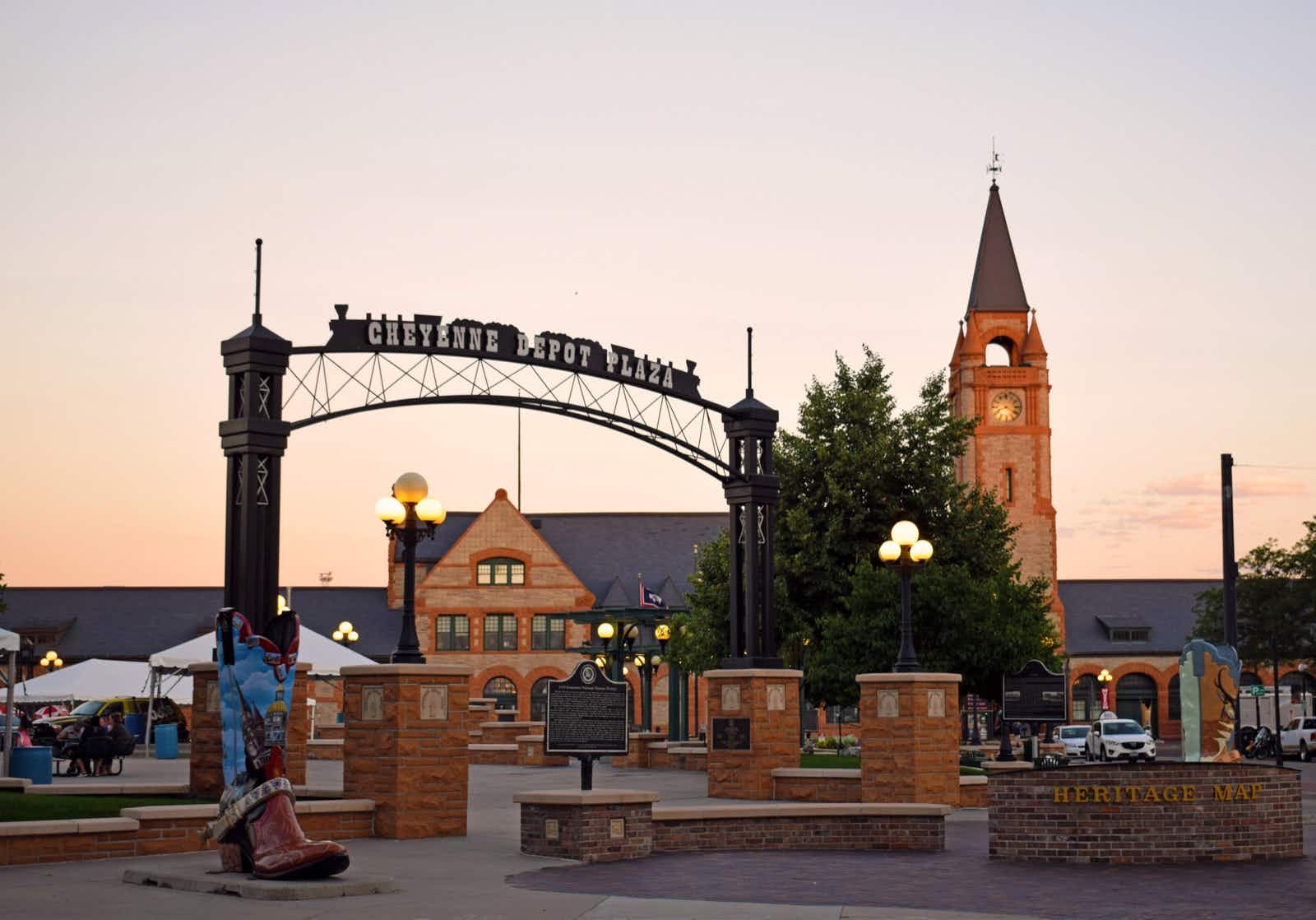 Under the radar USA: Cheyenne, Wyoming, gateway to the parks…