Hooray for Hollywood! America’s movie industry is synonymous with this neighbourhood of Los Angeles, and the area is dotted with film-related attractions: from actors’ handprints outside the Chinese Theatre, to stars honoring movie greats along the Hollywood Walk of Fame.

If you’re really interested in the art of film-making however, you should join a tour operated by one of the big movie studios. Here's Lonely Planet's look at what each of them offers.

Universal Studios is one of several movie studios that offer tours of their sets. © Tim Richards / Lonely Planet

Situated in Burbank, the Warner Brothers Studio Tour offers the best balance of movie-making education and silver screen razzamatazz of all the tours available.

Participants visit the attractions in an open-sided vehicle, with the first stop being a two-storey building showcasing props and costumes from the Batman and Harry Potter films, including a speaking Sorting Hat. Up next is a trip through back lot streets: Hennesy Street, resembling New York, has starred in movies such as Annie, Rent and Jersey Boys. Inside one fake shopfront you’re shown scenes from The Last Samurai which demonstrate how back lot facades are combined with CGI effects.

The tour also travels through a small “forest” used for scenes in movies from Errol Flynn’s 1930s action flick The Adventures of Robin Hood to Jurassic Park. A small lagoon behind it was a swamp in the original Muppet Movie.

In the front lot area are the vast soundproofed stages, each with a sign on its side recording notable movies and TV shows filmed within.

After a stop at a garage full of Batmobiles, you end up at Stage 48 where an interactive museum tracks the cinematic process from script to screen.

In addition to viewing costumes and props, visitors can also sit on the original set of Friends, design a Batmobile, and listen to soundtracks layered one-by-one into a scene from Gravity. Best of all, they can be filmed in front of a green screen riding a Batcycle or a Harry Potter broomstick. It’s lots of fun and an education in movie-making at the same time.

Even though it was set in New York, Friends was filmed in California on one of Warner Bros' lots. © Tim Richards / Lonely Planet

Not far west of Warner Brothers is Universal Studios, best known for its sprawling theme park but also offering (and included in the entry fee) a studio tour – basically another theme park ride, studded with special effects and motion picture trickery.

Things start off sedately as you pass through a back lot of small town buildings and faked-up city streets. But then you enter a dark “cave”, are instructed to don 3D glasses, and are suddenly immersed in King Kong 360 3-D, a specially created experience in which the giant ape and dinosaurs battle over and around the tour vehicle, itself jolted by hidden machinery.

Outdoors once more, and you have the chance to experience a flash flood where a stream crosses the road, before entering a mock Metro station which is shaken by an “earthquake”. Sparks fly, water pours in from pipes and (spoiler alert) there’s a startling derailment.

Other impressive sets are on the itinerary too (including a fully dismantled 747 from War of the Worlds, and Wisteria Lane where Desperate Housewives was recorded) before you arrive at the virtual 3D spectacle that is the finale, in which your vehicle becomes embroiled in a high-speed chase through city streets, borrowing from the Fast & Furious movies.

Don’t expect to learn much about the subtleties of film-making on this tour, but do expect a lot of cinematic excitement.

Follow the (metaphorical) yellow brick road to Culver City and you'll reach the studios of Sony Pictures. Once the MGM lot, this was where The Wizard of Oz was filmed.

After a screening of highlights from the Sony/Columbia back catalog, the Sony Pictures tour takes participants on a walking tour of the attractive site with its art deco facades. The most prominent feature is a giant rainbow arch which was installed as public art in 2012, recalling the song Somewhere Over the Rainbow.

As you stroll the complex, the guide points out items of interest including the building entrance used for a high school scene in the first Spiderman movie.

Main Street is a collection of small-town facades, while Stage 30 has an enormous pool once used for Esther Williams movies and, more recently, Tom Hanks’ Castaway.

Heading indoors, you visit the set of the popular and long-running TV quiz show Jeopardy – get a photo of yourself in the contestants’ seats – before a visit to a hangar of backdrops and a stop in a shop selling memorabilia including original props and costumes.

The back lots, like this one at Sony Pictures, are used as stand-ins for places like New York. © Tim Richards / Lonely Planet

Paramount is the only big movie studio still operating in Hollywood proper (and shares a wall with the Hollywood Forever cemetery where many great old-Hollywood actors and directors were laid to rest) so it seems fitting that the Paramount Pictures tour has a low-key, old-school feel.

It begins in a waiting area with signage explaining the history of the site. Beyond this is a room of props from Star Trek movies and a headdress from the 1956 Biblical epic The Ten Commandments, along with replicas of the Best Picture Oscars won by the studio.

The tour itself is a mix of riding (in golf carts) and walking, and includes the decorative Bronson Gate, stops by the bench from Forrest Gump, and a look at the glamorous Paramount Theatre, a cinema used for both screenings and as a movie set.

In the front lot, you pause at the impressive outdoor Blue Sky Tank, a pool that can be filled with 3.5 million litres of water as a shooting location for aquatic scenes. It was used in such films as The Winds of War, and was where the Red Sea parted in The Ten Commandments.

The back lot is an array of streets whose architecture can represent different geographical locales – Manhattan, Brooklyn, Chicago – as well as a generic dingy alley known as “Murder Alley”.

You'll hear stories about the making of The Godfather, and pause at Lucy Park, used by Lucille Ball as a setting for family photos for the press, before the visit concludes at a prop warehouse, artfully arrayed with colourful props from movies, ranging from black-and-white classics to Transformers. It’s a repository of movie magic, still potent in the heart of Hollywood.

The famous arch of Paramount Pictures is part of a visit to their studios. © Tim Richards / Lonely Planet

Tim Richards visited the studios with support from Los Angeles Tourism and Convention Board discoverlosangeles.com. Lonely Planet contributors do not accept freebies in exchange for positive coverage. 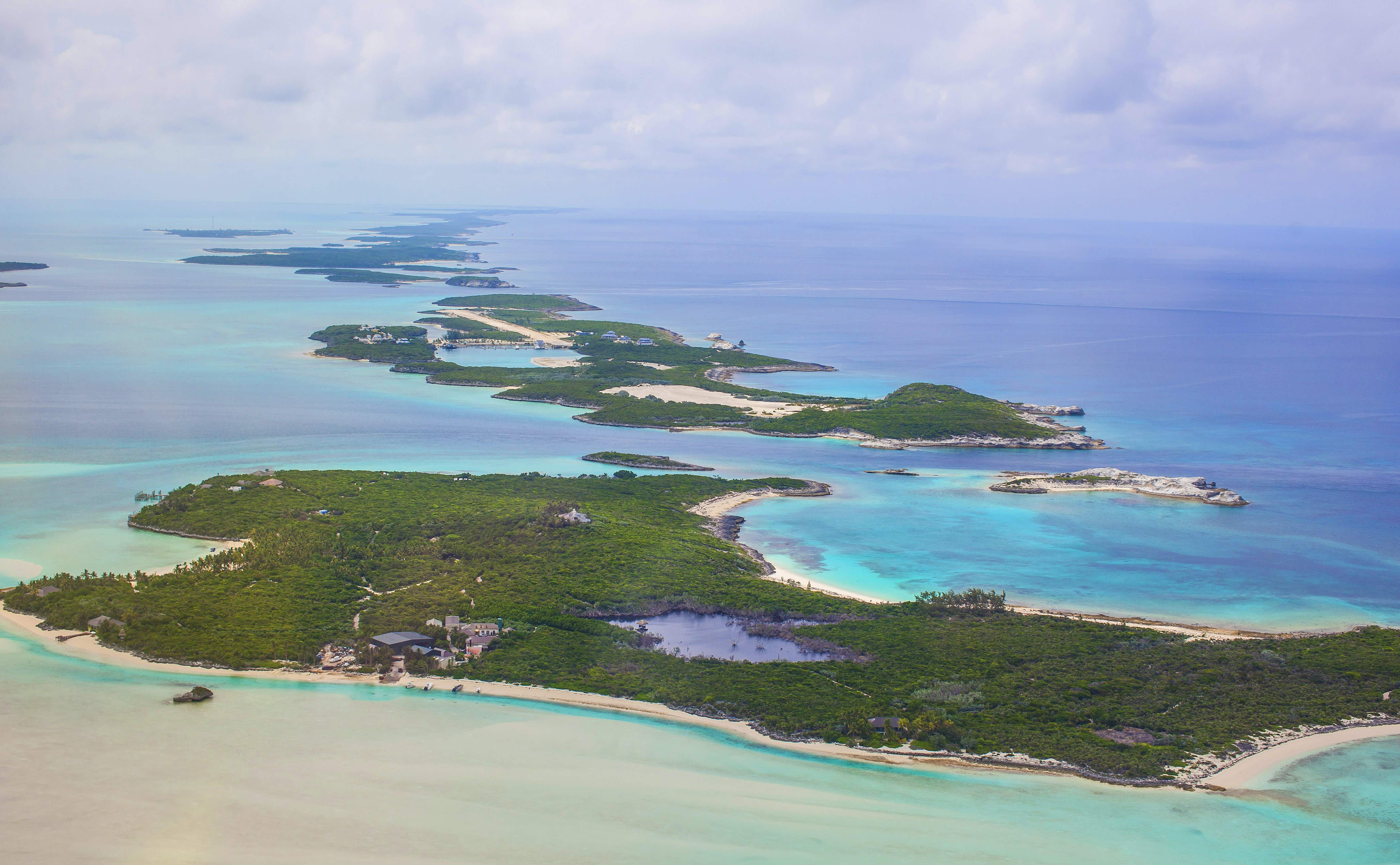 How to choose an island in the Bahamas 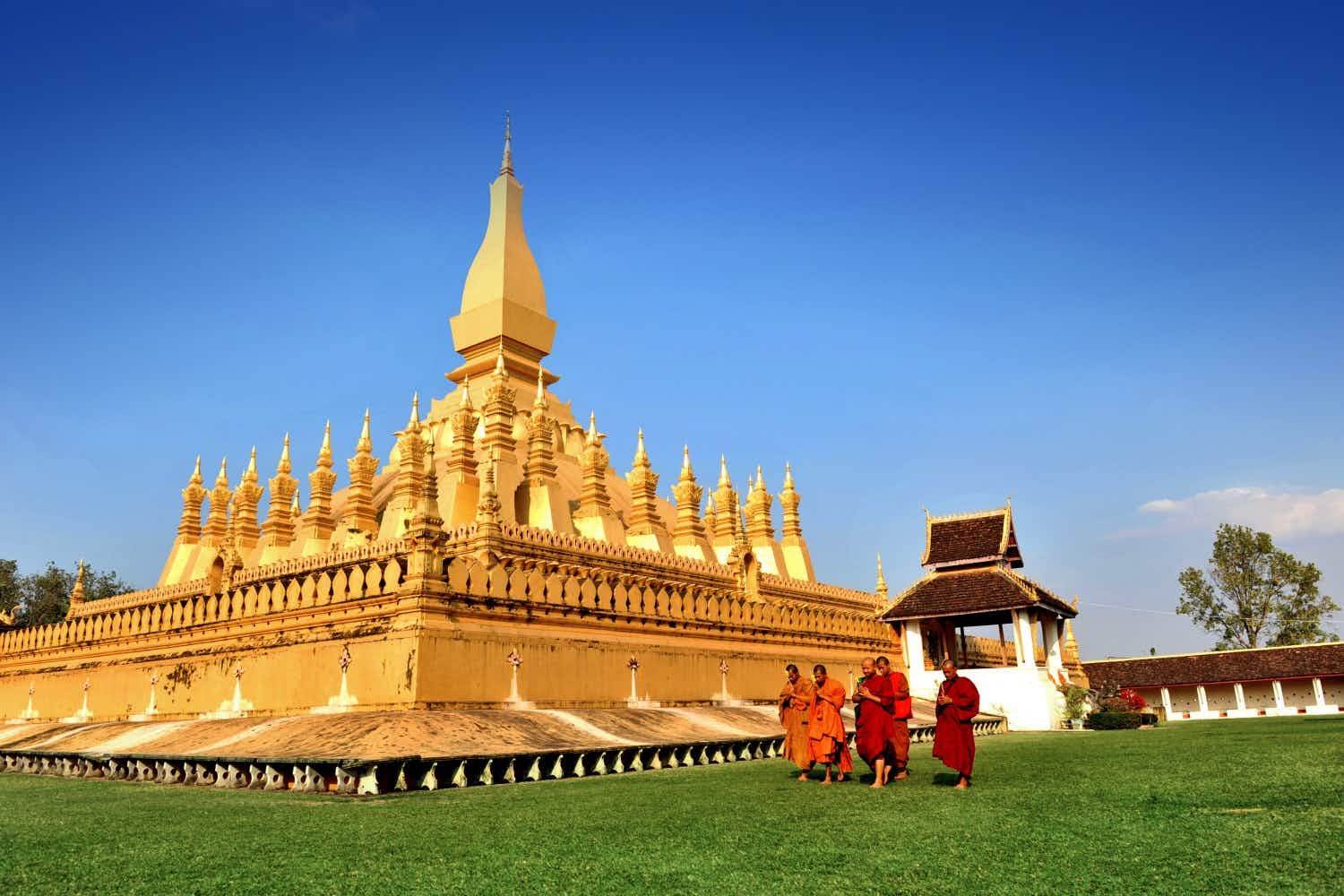