Tipping plays a small but pivotal role in so many NYC experiences, from ordering a drink at a bar to taking a taxi across town. Knowing when to tip and how much can seem like picking your way through a minefield in this service-oriented town. Before you set off for New York City (or anywhere else in the United States for that matter), familiarize yourself with our cheat sheet on tipping etiquette.

Restaurant servers, bartenders, cafe baristas, bellhops, concierges, tour guides, hair stylists, manicurists and delivery staff are among the many folks who require tips. And when we say 'require', in most cases leaving a tip really isn't optional. Many employees (wait staff, for instance, who are paid less than the minimum wage) rely on their tips as a major part of their earnings. Not tipping will earn you negative karma, and in the worst case scenario, you may be publicly scolded for being 'a cheapskate'. Whether you like tipping or are vehemently opposed to it is really beside the point. When you're in town, you had better get used to tipping.

If the bellhop helps carry your bags, give him a $1 tip per bag (and $2 per bag at higher end places). Tip the doorman who helps you hail a taxi $1 to $2. The housekeeping staff that cleans your room should receive $2 to $5 per day depending on the type of service being rendered. Make sure the tip is clearly labelled for them (most hotels have special envelopes in the room where you can leave this). Pay concierges $5 to $10 for each of their services (making dinner reservations for you, obtaining theater tickets), or more for difficult requests (getting a mobile phone repaired, arranging a customized tour).

For drivers, the golden 15% to 20% rule holds here as well. For short taxi rides (which may cost as little as $6 or $7), generally tip one dollar and round up. Some New Yorkers don't tip on car service, figuring that it's usually included in the fare. In fact, it rarely is (though you can confirm this when you call to order a car service), so plan on adding in the tip (again, 15% for average service, 20% for exceptional service — ie. the driver helped you with your bags).

They maybe as grumpy as New York bear but you should still tip your taxi driver. Image by Sakeeb Sabakka / CC BY 2.0

The old rule of thumb for servers at any restaurant used to be 15% to 20% of the pre-tax bill. Increasingly, 20% is becoming the norm (so that old trick of doubling the 8.875% tax actually puts you slightly below average). Anything less than 15% implies you were unhappy with the service. One thing you should never do is completely stiff the person serving you. Even if you've received outrageously bad service (and many things are beyond a server's control), you should still leave something. Ten percent is the bare minimum — and the service has to be absurdly bad to warrant such an insulting tip.

When using discount coupons, make sure you tip on the full retail value of the meal, rather than the discounted price. So if your $100 meal was discounted to $50, you should plan on leaving a $20 tip, not a $10 tip.

For places that add on a cover charge (if there's live music for instance), you need tip only for the food and drink portion of the bill. In the US, it's not common to tip the maitre d' or other staff. If you're trying to secure a table at a hard-to-book restaurant, you can try discreetly bribing the host or hostess, but this works only on rare occasions.

If you're ordering at the bar, as a minimum leave $1 per drink. If drinking cocktails (which cost $12 to $18 these days), tipping the mixologist $2 or $3 is the norm. If you're running up a tab, leave 15% to 20% at the end of the night. At nightclubs, tipping the bouncer or door staff is not common practice. He or she may refuse your bribe or simply pocket the cash and not let you in any sooner! If there's a coat check, $1 or $2 per item is the norm.

Leave 15% to 20% to the person who cut your hair. If someone else washed your hair, give $2 to $5. Some salons have separate envelopes, which you can earmark for the staff — useful for places where you're liable to be helped by more than one or two people. Another tip: bring some small notes with you. At most places, you can pay by credit card, but tips are often expected in cash. For manicurists, masseuses and others in the industry leave a 15% to 20% tip.

Get ready to tip pretty much everyone who touches your locks in a hair salon. Image by Mainstream / CC BY 2.0

Generally, tip tour guides 15% to 20% for small-group tours. If you're taking a big bus tour, $5 per person is more the norm.

If the order costs less than $10, you should tip $2 to $3 as a minimum. Above that, tip 15% to 20% of the bill. If the weather is particularly bad (rain, snow, hurricane winds roaring overhead), adjust your tip accordingly. A 30% tip seems about right if your delivery person made the trip out during a severe snowstorm. For online orders and places that take credit cards, you can either add in the tip ahead of time and pay with plastic, or give the tip in cash upon delivery.

When ordering at the counter, you should leave 10% to 15% on an order, and generally no less than $1. In reality, most people drop their spare change in the tips jar. 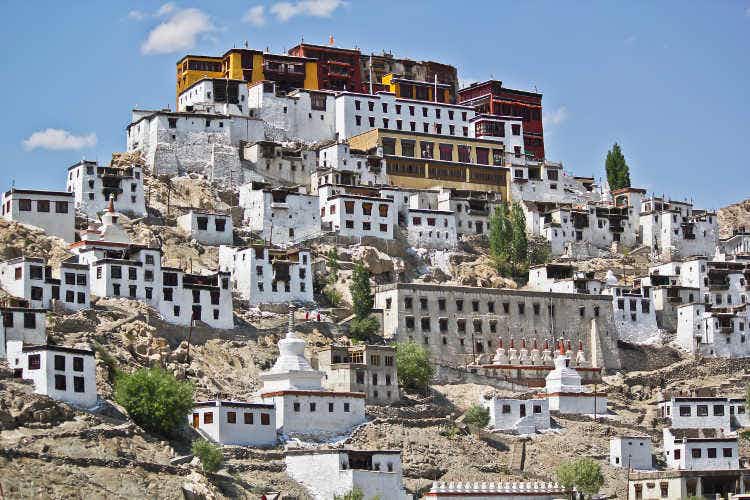 Know your gompas: a Lonely Planet guide to Tibetan Buddhist… 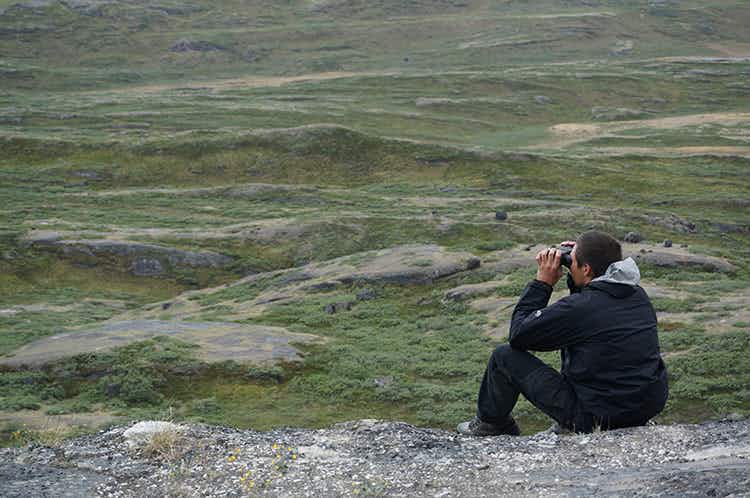 On the trail of the muskox in Greenland’s great wilderness…