The House of Leaves, formerly the headquarters of Sigurimi (Albania's secret service in the communist era) has opened to the public as a new museum in the centre of Tirana.

A sign at the entrance to the House of Leaves says: ‘This museum is dedicated to those innocent people who were spied on, arrested, prosecuted, convicted and executed during the communist regime.’ Officially called the Museum of Secret Surveillance, it is housed in a two-storey villa with a courtyard which dates from 1931 and has 31 rooms. The building served as the Gestapo’s base during the Nazi occupation of Albania during WWII, and until the fall of the communist regime in 1991 it was the place from which members of the regime spied on its citizens.

Monitoring equipment at the House of Leaves. Image courtesy of Eva Kushova/Visit Tirana

The permanent exhibition now displays a range of monitoring equipment, explains the surveillance techniques developed by the secret service, and even presents some of the collaborators’ files that have recently been opened. The tools include not only Sigurimi-made bugs, but also modern technology imported from other countries, despite the Albanian regime’s international isolation. According to Balkan Insight, the museum also features original rooms used for wiretapping telephones, darkrooms for developing films, and laboratories for testing biological and radioactive chemicals. Another fascinating insight into the work of the secret service is the number of its employees and collaborators, which at its peak reached over 1000 agents and more than 12,000 informants.

Surveillance equipment at the House of Leaves. Image courtesy of Eva Kushova/Visit Tirana

The House of Leaves is not the only sight in Albania’s capital that is devoted to lifting the curtain on the tragic aspects of the communist era. Bunk’Art is a history and contemporary art museum housed inside a massive Cold War bunker built in the 1970s for Albania’s political and military elite; it was opened to visitors in 2014 and has since become one of Tirana’s major attractions.

A new study reveals the power that children wield when… 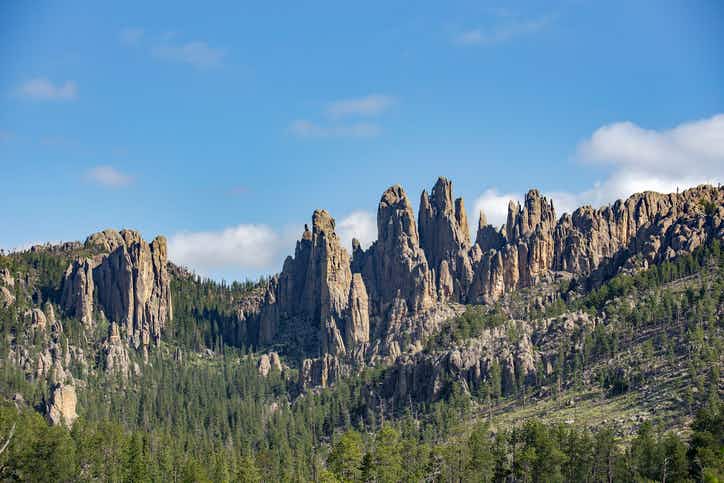 A father and son have bought the historic Wyoming town…