El Hierro, the little-explored Canary Island that breaks all the stereotypes

With its mellow vibe and pristine natural spaces, remote El Hierro overturns all the usual "fly-and-flop" stereotypes of the Canary Islands. Sure, there are beaches here, and plenty of ways to enjoy them, but it was El Hierro's sustainable travel credentials that put the island on the map. El Hierro was declared a Unesco Geopark in 2014, and 60% of its land area is under strict protection.

The westernmost island in the Canaries lies at a similar longitude to the Morroco-Western Sahara border, making this a prime destination for early or late season sunshine. There's a busy beach season from June to September, but it's the mild shoulder seasons in spring and fall that lure in hikers, with warm, not overpowering, temperatures and clear skies.

With winter daytime temperatures rarely dipping below 15°C (59°F), you can even enjoy El Hierro in winter, when the island is at its most uncrowded. Year-round, you'll get access to El Hierro's pretty beaches, historic towns and awe-inspiring volcanic scenery. Add in outstanding diving and water sports and down-to-earth island-fired gastronomy, and this distant Spanish outpost is a joy to explore.

Here's a guide to the best things to do on El Hierro.

From the island's largely organic agricultural practices to a popular drive for electric cars and responsible tourism, a powerful ecological mindset infuses El Hierro’s soul. Back in 2014, the island kicked off plans to become the world’s first island to produce 100% of its energy from renewable sources.

And good progress is being made – in 2019, 54% of El Hierro’s electricity came from wind and water. Visitors can learn all about the island’s green ambitions by touring the wind-pumped Gorona del Viento hydroelectric plant just outside the tiny, landlocked capital, Valverde.

Local conservationists are also working hard to bring back the endangered El Hierro giant lizard, which was thought to have died out in the 1940s. A small colony of these 60cm-long creatures was rediscovered in the 1970s, and you can meet their descendants at the Ecomuseo de Guinea & Lagartario in El Golfo, where they’re bred then released into the wild.

El Hierro’s vast, rural and mostly uninhabited volcanic interior is mesmerizing in its beauty and variety. Bottle-green pines carpet the southern hillsides, spring flowers burst into bloom up on the central plateau, the eerily beautiful western tip of the island at El Sabinar is dotted with wind-sculpted juniper trees and jagged cliffs dominate the coastline.

But El Hierro’s most spectacular natural sight is the amphitheater-like El Golfo depression, created by an earthquake 50,000 years ago. Today, it’s best admired from atop the stone walls of the Mirador de la Peña lookout, designed in 1989 by Lanzarote architect César Manrique.

Elsewhere, you can go kayaking, paddleboarding and snorkeling, or take a dip in sparkling sapphire sea pools. The best are at La Maceta, Charco de los Sargos and Charco Azul in El Golfo, or Cala de Tacorón near La Restinga. When the beach calls, venture out to blonde-sand Playa de las Arenas Blancas or red-sand Playa del Verodal, both hidden in far western El Hierro.

It's not all about nature. Across El Hierro, there are whispers of the island's long history, which goes back 1.2 million years, though in geological terms, this is still the youngest Canary Island! Hunt down the remote 18th-century chapel housing the island’s beloved patron saint, Nuestra Señora de los Reyes, and the Orchilla lighthouse on the southwest tip of Spain, which marked the prime meridian until 1885, when the official mark of zero degrees longitude moved to Greenwich in the UK.

Other intriguing sights include the once-sacred Garoé tree, believed to miraculously spout water from its leaves, and ancient petroglyphs etched into lava flows at El Julan by the Bimbaches, El Hierro’s original inhabitants, a cave-dwelling people originally from North Africa.

The island is also known for super-fresh seafood, and patatas arrugadas (wrinkly Canarian-style potatoes) dipped in mojo sauce – a spicy local condiment made from paprika, garlic and various kinds of peppers. Don’t miss the island's aniseed-infused quesadillas – not cheese tacos but soft, lemony cakes made with fresh local cheese.

With advance booking, top vineyards you can tour include organic-focused Bodega Uwe Urbach in La Frontera, El Pinar’s prize-winning Bodega Elysar, and ambitious Bodega Soterana in Los Llanillos. The island's wine authority, the Consejo Regulador Denominación de Origen El Hierro, is a handy resource for all things vino, and they also do tastings in their handsome old bodega in La Frontera.

Where to stay on El Hierro

Opening on to a pebble beach on the secluded east coast, Parador de El Hierro is the island's top hotel. In Las Puntas, the adults-only Hotel Puntagrande is an old port building turned into a sleek boutique hideaway, while La Frontera’s boho-style El Sitio makes for a dreamy eco-conscious escape, set inside in a converted bodega looking out over the coast from the hillside.

Getting to El Hierro

You might also like:
Secret Tenerife: where to enjoy the remote outdoors
Which of the Canary Islands is best for you?
20 unmissable things to do in Spain

This article was first published September 2020 and updated February 2022 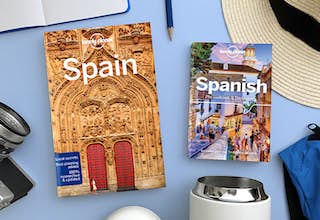