Who doesn't like a bargain? These destinations offer an abundance of attractions at any time, but they're especially appealing to the budget-conscious traveller in 2017.

A view of mighty Mt Everest in Nepal, which is fast recovering from natural disaster © Daniel Prudek / Shutterstock

Nepal is bouncing back from earthquakes and a fuel strike that made getting round the country tough. It remains a fabulous choice for budget-conscious travellers, who can access the best of its world-famous trekking routes and underrated wildlife for well south of US$50 a day. Visitor numbers are slowly recovering and the time is ripe to get back to Nepal’s mighty mountains; wherever you go, you’ll receive a warm welcome, as your visit brings much-needed income to communities getting back on their feet.

Namibia’s dollar, pegged to the South African rand, has been depreciating in value against many currencies for a few years, making now an opportune time to experience this amazing country. And what experiences are on offer: desert- wildlife spotting in Etosha National Park, the incredible wilderness hike through Fish River Canyon and sand surfing at the mighty Sossusvlei Dunes. Avoid South African and European school-holiday times, especially late December and January, for the best-priced flights, which generally connect through Johannesburg, or look for seasonal charter flights from Frankfurt (Germany) operated by Condor. The great blue sky, contrasted with the clear starry nights that remain the longest in the memories of many visitors to Namibia, won’t cost you a dime.

Here’s a European city that still manages to fly under the radar. It hardly seems believable given Porto’s stunning setting on the Rio Douro and excellent, affordable eating and accommodation – not to mention the fleet of budget airlines from around Europe and the direct flights from New York that make getting here better value than ever. Portugal’s second city has a clutch of inexpensive museums, cheap vintage trams to delight the transport nerd in your party and a pebbly beach an hour’s walk along the riverbank. Atmospheric wine caves offer inexpensive tours and tastings, and day trips to vineyards are easy to arrange. The city’s signature sandwich, the heart-stopping Francesinha, will fill your stomach with steak, ham, sausage, melted cheese and a lively tomato sauce, and might be the only meal you need to eat all day. As a bonus, one is often more than enough for two.

Value and Venice: two things that don’t often go together – yet the Lagoon City is unmissable, and scores of travellers arrive every day hoping to see it without breaking the bank. Traditionally the advice was to stay in Mestre, or even Treviso, and take the train in for the day, but this didn’t allow for late-night strolls or evenings checking out the city’s osterie (bars). Now, with locals letting out rooms and apartments on Airbnb and sites like it, you can stay in Venice itself and save money at the same time. Billeted in an area of the city away from the tourist throngs and with a kitchen at your disposal, you can have some meals in, avoid transport costs in and out of the city, and make sure you’re first in the queue for Venice’s heavy hitters.

As well as a rich history, Debrecen has a growing modern-art scene and a tempting roster of festivals @ AndreyGatash / Getty Images

Hiding in plain sight beyond Budapest is Debrecen, the country’s second-largest city and the heart of low-cost Hungary. Now connected by Europe’s budget-airline network to seven countries, the city is opening up to international visitors. Debrecen is rich in history, but more modern influences have prompted a growing modern-art scene and streets that come alive with summer festivals. What really sets Debrecen apart is its location on the edge of Hungary’s puszta (eastern plains). The haunt of Hungarian cowboys and home to Hortobágy National Park, the region still dominates romantic visions of traditional Hungary.

Belize is often thought of as one of Central America’s pricier options – but let’s take a fresh look. Here you can dive or snorkel as though you’re in the Caribbean and tour Mayan ruins such as Caraco, found deep in wildlife-packed jungle that could only be in Central America. And you won’t face long journeys: Belize is the same size as Wales or Massachusetts. Belize’s proximity to Mexico and the Caribbean has ensured a lively and exceptionally good-value street-food scene, making budget meals effortless. Yes, there are big-ticket resorts on Ambergris Caye, but head south to Placencia and Hopkins for laid- back beach culture that’s still making its way onto the map.

Stable, accessible and kaleidoscopic Morocco offers a low-cost, intense hit of the exotic. There simply isn’t anywhere this close to (and easy to visit from) Western Europe that remains so thrillingly at odds with that continent. Marrakesh, still unmissable, has more accommodation choices than ever before, and despite the crowds retains its timeless mix of the frenetic and the friendly. Essaouira, once an add-on to a trip to Marrakesh, can now be reached by direct flights from London and Paris. The port city of Tangier is also enjoying a renaissance, with new hotels and renovations throughout the once-dilapidated old town.

With the rouble – at the time of writing – bumping along at tempting exchange rates against other major currencies, it’s not surprising that visitor numbers to Russia have been rising. Is now the perfect moment for a visit? The trick is in how you do it. A search of Moscow’s top hotels is unlikely to convince you it’s bargain time, but think of it this way: with the country more affordable once you arrive, this is a good time to bite off a chunk of the Trans-Siberian Railway, taking advantage of low-cost air routes to get to and from each end. It’s also a great time to visit the timeless highlights of St Petersburg. Watch for fluctuations in exchange rates, but even if these flip to the disadvantage of international visitors, by 2018 the country will see a further increase in visitors – and prices – for the FIFA World Cup, giving you another reason to go now.

Point Lonsdale Lighthouse, a landmark in the southeast of the Bellarine Peninsula © sbostock / Getty Image

The Bellarine Peninsula has been a destination of choice for Melburnians looking for a laid-back (read: sleepy) escape from the city for generations. But now this part of Victoria has some tasty-looking attractions to go with its timeless beaches and historic towns like Queenscliff and Portarlington. Jack Rabbit Vineyard and Flying Brick Cider Co are two of the newer destinations attracting attention, along with a rail trail for cycling, rock pooling, snorkelling and surfing. The Bellarine is a ferry ride from the internationally better-known Mornington Peninsula and a convenient place to touch down for a couple of nights before continuing on to the Great Ocean Rd.

If you’re from outside the US, you may be reading this and wondering ‘Where?’. You may even be wondering that if you’re American but not a Midwesterner. Either way, get ready for a locally feted region with attractions to rival national treasures. Michigan’s Upper Peninsula is an area of stunning natural beauty and charming, Norman Rockwell-esque towns and villages. Because it’s a destination mainly for Midwesterners, prices are reasonable, crowds are comparatively few, and the feeling of the area is casual and relaxed. The region boasts historic lighthouses, hundreds of miles of beaches and lakeshore, some of the country’s oldest forests, and more than 300 waterfalls, ranging from the tiddly to the spectacular. Car-free Mackinac Island is a standout visitor draw: its 10-sq-km interior is replete with quaint shops and gorgeous views.

Now find out which countries and cities made Lonely Planet's Best in Travel 2017 list – or see our most recent recommendations.

Using the overhead bins is currently banned on some Italy flights 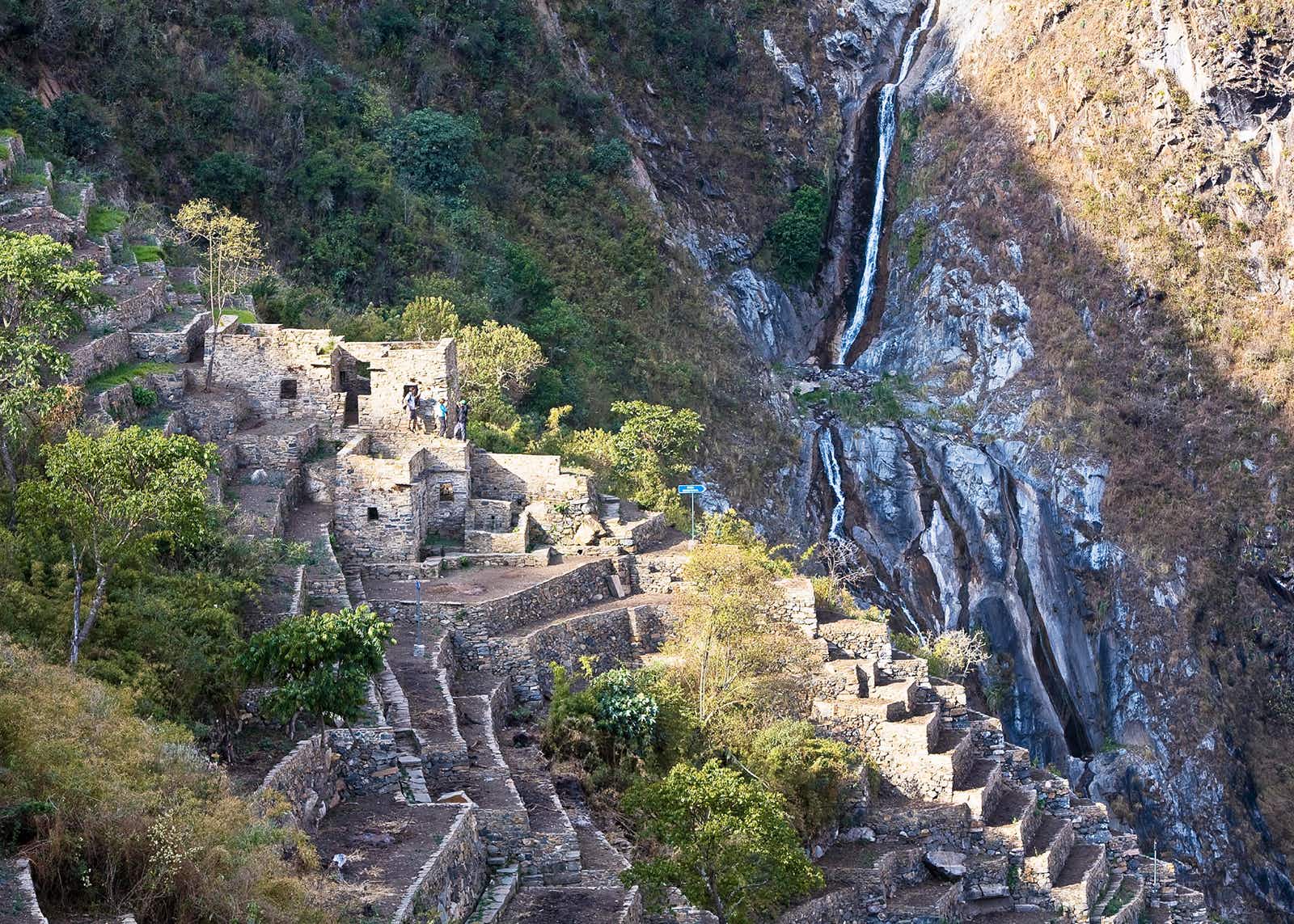 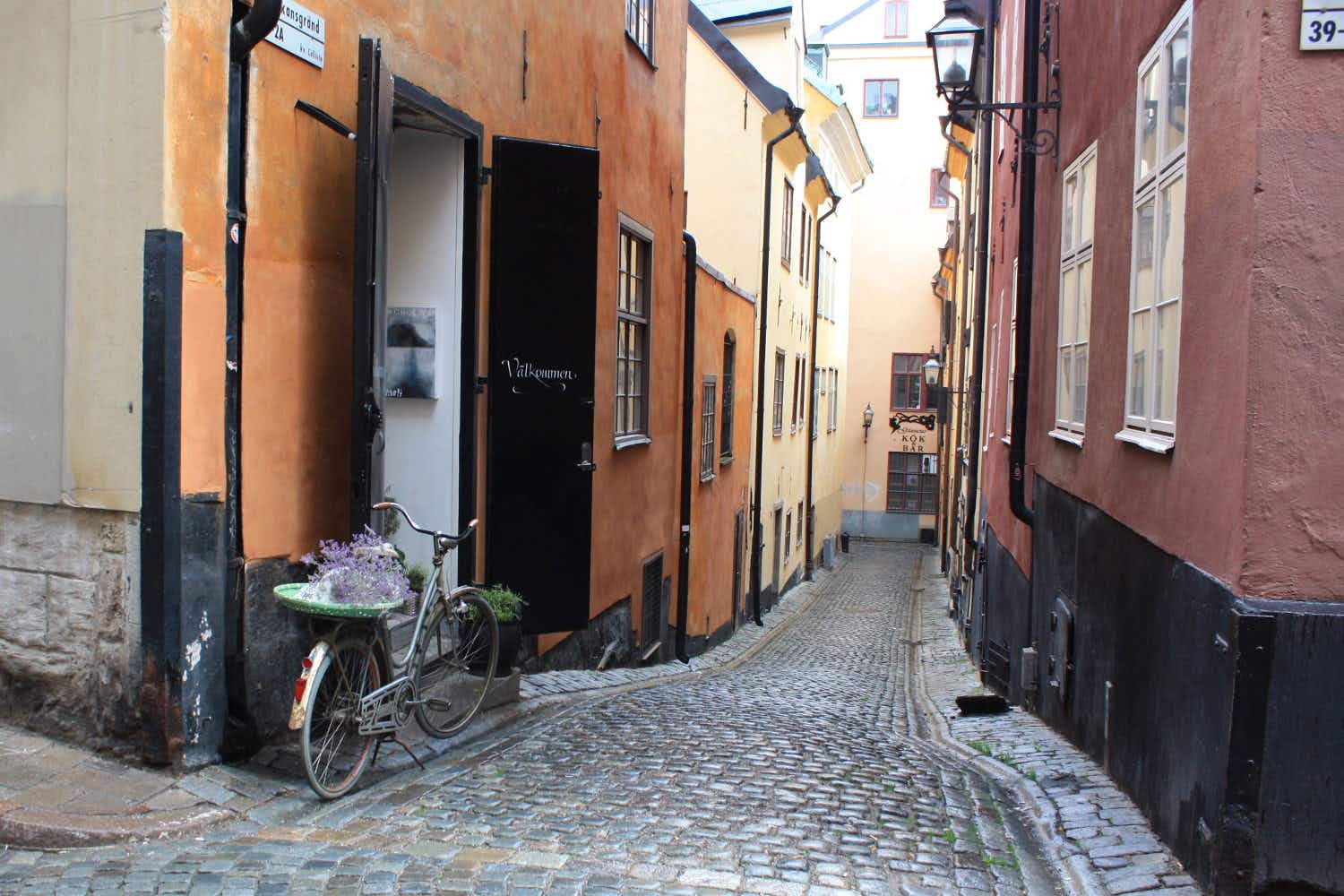 Top 10 free things to do in Stockholm