Basque Country, in case you haven't heard, isn't like the rest of Spain.

Proudly perched on the northern Atlantic coast, near the border of France, the fabled region – locally known as Euskadi or País Vasco (‘the land of Basque Speakers’) – has its own language, its own culinary traditions and a distinctive geographic and cultural landscape.

With COVID-19 travel restrictions from the US to Spain recently eased, Basque Country brims with an eager and warm welcome back. Make sure to read up on the latest COVID-19 travel guidelines on Spain's Ministry of Health’s website here prior to booking your trip.

Once you're all clear, here's a guide to get started with the best of the Basque, from fairytale villages to modern architectural wonders and so much more. Here are our 10 favorite reasons to visit Basque Country now.

San Sebastián, the best place in the world to eat

You shouldn’t need extra motivation to visit San Sebastián – the impossibly lovely seaside metropolis is widely considered one of the best places to eat in the world.

This designation brings with it a packed calendar of events that enlivens the city throughout the year, from a human rights festival each April to the famous film festival in September that attracts Hollywood stars to a Jazz festival in the warm summer month of July.  Explore the city and its cultural offerings on two wheels: the bicycle is one of the city's favorite modes of transportation.

It's estimated that Basque people spend more than twice as much of their disposable income on food as people do in the United States. Step into any bar and look at the lavish spread of pintxos (small snacks) and you'll understand why. The region's cuisine, built around authentic and local products like grilled lamb, cured meats, salt cod, sheep's and goat's cheese, piquillo peppers, artichokes and fresh anchovies, to name a few, is rightfully world-famous.

You can swing high or low: Basque Country is home to the second-most Michelin star-restaurants per capita, but you'll be just as happy sampling finger food and sipping Basque cider or txakoli, a sparkling white wine typically served as an aperitif, at a bustling corner bar that's been run by the same family for generations.

The spellbinding curves of the Guggenheim Bilbao

Gleaming and otherworldly, the Guggenheim Bilbao is more than an art museum: it’s a modern architectural landmark, a stylized ode to the city’s shipbuilding past and an unmistakable emblem of Bilbao itself. When Frank Gehry's masterpiece opened in 1997 – on the banks of the Rio Nervión, in a derelict and highly polluted area that was previously an industrial wasteland – it was a symbol of revitalization and the dawn of a new era for the city. Stroll along the riverfront promenade for spectacular views of the museum's sculptural exterior.

A road trip that winds the clifftops of the coast

To experience the enchantment of the Basque coastline, you'll want to rent a car and explore the dramatic clifftop landscape at your own pace. Take the scenic route from Bilbao to San Sebastián; this unforgettable road trip leads you through a string of traditional fishing villages with names you'll struggle to pronounce, from tiny Elantxobe to drop-dead gorgeous Lekeitio to Getaria, the hometown of the fashion designer Cristobal Balenciaga (there's a great museum dedicated to his oeuvre). All of the towns along this stretch feature great pintxo bars and quiet medieval streets that invite a leisurely wander.

If you eat one thing in... San Sebastián, Spain

If you follow the news, you know that Basque nationalism is a point of controversy in Spain. But that regional pride could be read as an expression of cultural independence: though mystery surrounds the topic, confounding anthropologists and archeologists, Basque people are believed to be descendants of the original human inhabitants of the European continent. Their culture is characterized by thoroughly unique traditions, including Euskara, the Basque language. It predates the Romans and it bears no relation to languages spoken elsewhere in Europe.

Travelers will hear Euskara spoken throughout Basque country, and see the language – with its own alphabet and dedicated typeface – printed everywhere from the train station schedule to newspapers and cafe menus. Luckily, most words are also printed in a language that's much easier to decipher – Spanish.

It's a small journey, getting to the ninth-century religious site of San Juan de Gaztelugatxe – a zigzag walk down a steep hill, passage across the Bay of Biscay via a picturesque stone footbridge, and a hike up 241 steps, to be exact. But the views from the top of the island make the effort worthwhile.

Gaztelugatxe derives from the Basque gaztelu (castle) and aitz (rock or crag). Even though the original hilltop church, dedicated to Saint John the Baptist, was demolished and rebuilt, ‘castle rock’ remains an apt description of this quintessentially Basque landmark.

Take in sweeping views of the dramatic coastline and the crashing waves below, and keep your eye out for Basque fishermen making the pilgrimage along with the tourists: it's a local tradition to hike to the church and ask for the saint's blessing for a bountiful season ahead.

The storied, cobblestone streets of Vitoria-Gasteiz

The Basque capital doesn't see as many international visitors as Bilbao or San Sebastián – all the more reason to spend a few days exploring the cobblestone streets and pintxo bars of pretty Vitoria-Gasteiz. Highlights include the postcard-perfect historic center, considered the best-preserved medieval center in Basque Country, and the 13th-century Cathedral Santa María, a Gothic landmark perched at the summit of the old town.

Even if your knowledge of art is limited, you've likely seen Guernica, Pablo Picasso's powerful mural depicting the violence and chaos of war. It's widely thought to be a response to the 1937 bombing of Gernika, a Basque village, during the Spanish Civil War. Today, you can visit the site yourself, stopping into the excellent Museo de la Paz de Gernika for an overview of wartime events and the town's significance in the greater context of Basque culture.

The chance to 'hang ten' at Mundaka

The waves at Mundaka, on Basque Country's central coast, have long been regarded as the best waves in all of Europe. The natural geography – a sandbar formed by an estuary – forms fast, hollow waves that some surfers have called the finest in the world. If you're not up to the challenge, watch the spectacle from the town's harbor walls.

The full-bodied wines of the region

You'll see the names of Basque Country's premiere wine-growing centers – Samaniego, Laguardia, Elciego, Labastida – scrawled on chalkboards at bars and cafes all over the region. Sample a Tempranillo or two before heading into the Rioja Alavesa wine region to see how they're made. Of particular interest are the stunning medieval city of Laguardia and the wineries around it, including Bodegas Ysios and its futuristic ‘temple dedicated to wine’ by Santiago Calatrava.

Can't get enough of that seductive pairing of fine wine and modern architecture? Don't miss the Bodegas Marqués de Riscal in Elciego, specializing in full-bodied reds produced from the old vines, and its whimsical Frank Gehry-designed hotel.

This article was originally published on August 20, 2019.

You might also like:
8 unmissable cities to visit in Spain
8 incredible national parks in Spain
How to get around in Spain

This article was first published July 2019 and updated September 2021 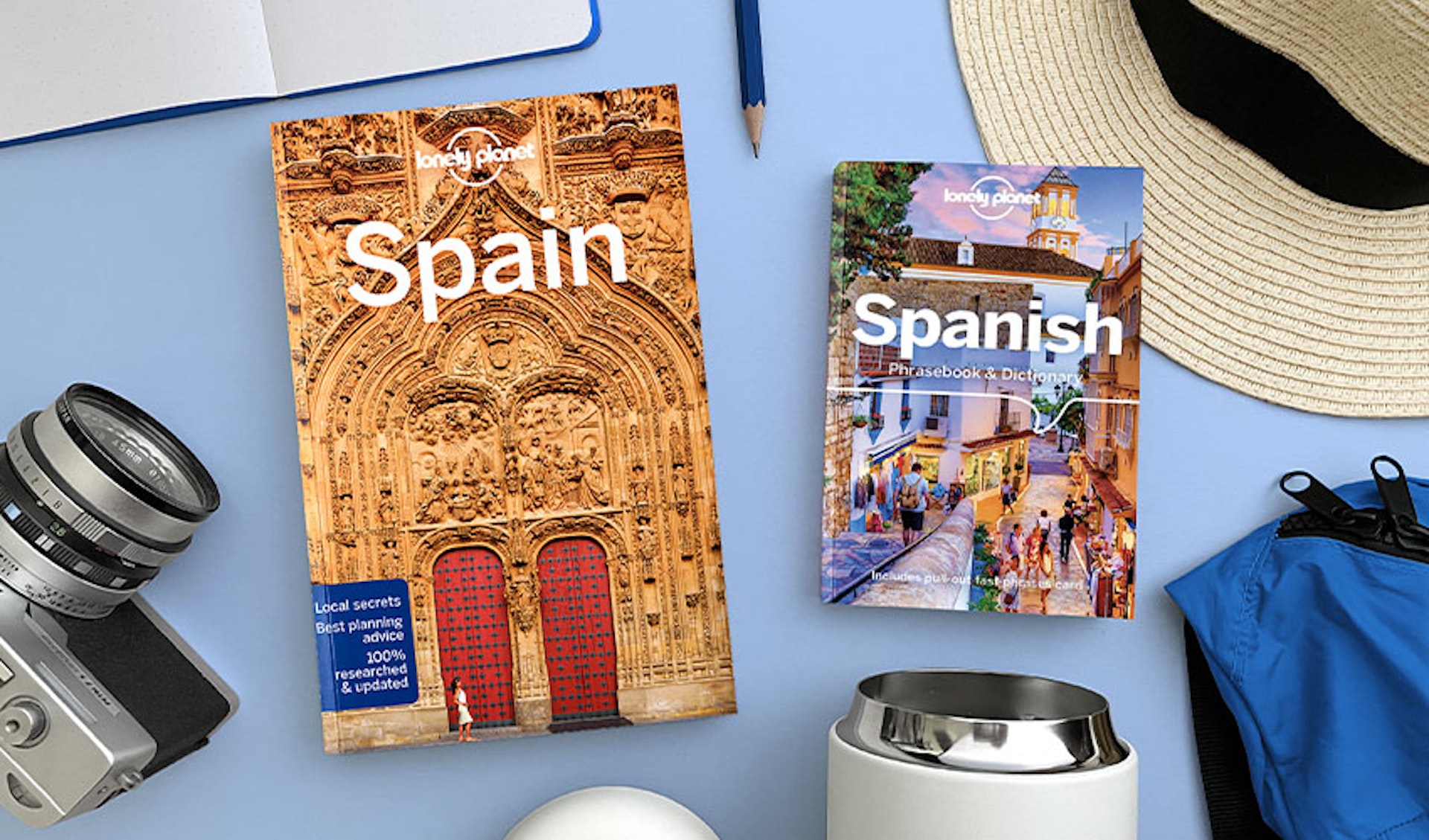 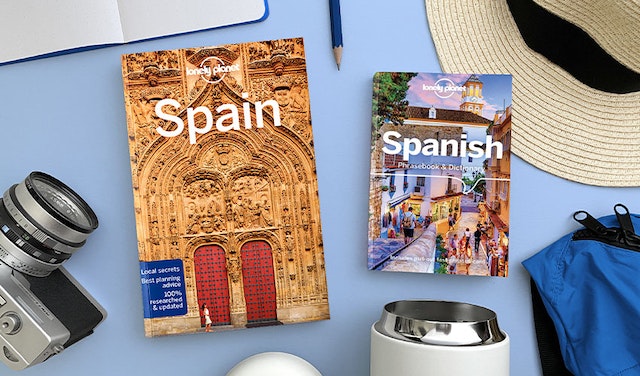