Boston's history recalls revolution and transformation, and today the city is still among the country’s most forward-thinking and barrier-breaking cities.

The arts have thrived in Boston ever since the 19th century, when this cultural capital was dubbed the Athens of America. Certainly, the intellectual elite appreciated their fine paintings and classical music, but they were also dedicated to spreading the cultural wealth, establishing museums, libraries and symphony orchestras for all to enjoy. Today the lucky residents of (and visitors to) Boston benefit from their largesse. These venerable institutions play an integral role on Boston's cultural stage, which has significantly expanded to include dynamic contemporary art, music and theater scenes.

'Fanatic' is no idle word here. Boston fans are passionate about sports. And with the five-time world-champion Patriots, the long-overdue World Series–winning Red Sox, the winningest basketball team in history, the Celtics, and the highly successful and historic hockey team, the Bruins, there is a lot to be passionate about. Boston's college teams also inspire fierce loyalties and staunch rivalries. No less spirited is the country's oldest and most celebrated running event, the world-famous Boston Marathon, and the world's largest two-day rowing event, the Head of the Charles Regatta.

A word of advice: when in Boston, eat as much seafood as possible. Local specialties include the 'sacred cod,' fresh steamed lobster, oysters on the half-shell and thick, creamy chowder. You can eat seafood around the city, but especially in the fish-centered Seaport District, where it's accompanied by spectacular harbor views. The creatures of the sea are your top priority, but don't miss the chance to devour delectable pasta in the North End and to sample diverse Asian dishes in Chinatown. Trendy fusion restaurants draw on all of these eclectic influences to present contemporary cuisine that is uniquely Boston.

For all intents and purposes, Boston is the oldest city in America. And you can hardly walk a step over its cobblestone streets without running into some historic site. The Freedom Trail winds its way around the city center, connecting 16 historically significant sites, from the country's oldest public park to a Revolutionary War battle site. These are the very places where history unfolded, especially the events leading to the American fight for independence from Britain. Other sites remember the city's role in the abolition movement, its cultural contributions and more. In effect, Boston is one fantastic outdoor history museum.

Must see in Boston

There might as well be signs on I-90 reading 'Now entering Red Sox Nation.' The intensity of baseball fandom has only grown since the Boston Red Sox broke their agonizing 86-year losing streak and won the 2004 World Series. The hometown team has since repeated its feat – thrice – which means it continues to sell out every game. Catch the boys at Fenway Park, the iconic old-style ballpark that has hosted the Sox for more than a century.

Must see in
Boston

0
View all More in Boston 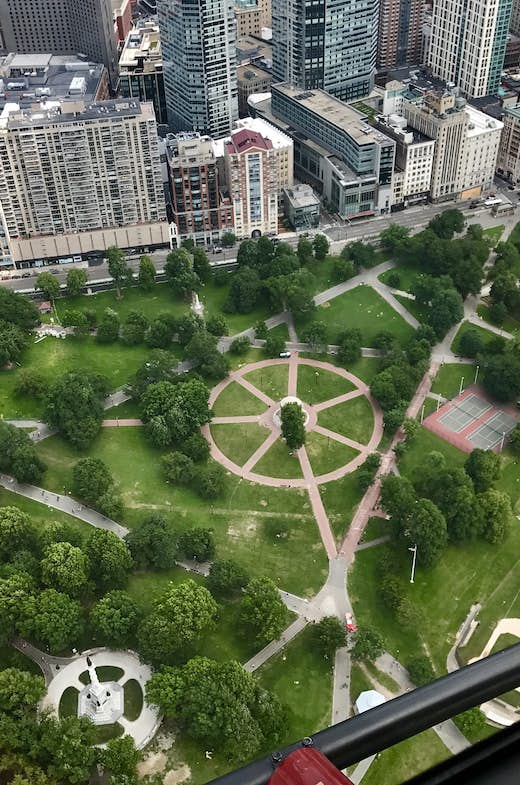 The best city parks in Boston

Everybody knows about its world-class museums and historical sites, but Boston also offers a network of verdant parks, welcoming waterways and delightful…

These are our favorite local haunts, touristy spots, and hidden gems throughout Boston.

Whether it’s a guided tour of a historic landmark, private tasting of local delicacies, or an off-road adventure — explore the best experiences in Boston.