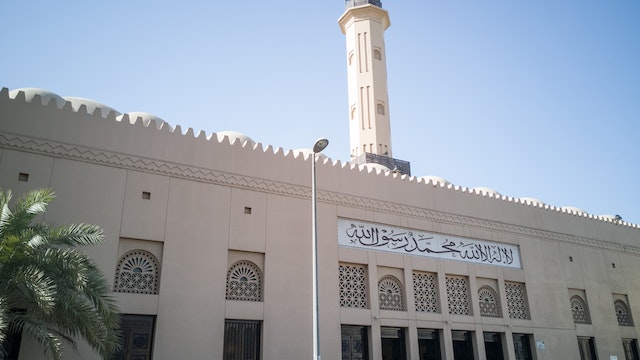 Dubai’s tallest minaret (70m high) lords over the more than 50 small and large domes that give the city's largest mosque its distinctive silhouette. Today's building was only completed in 1998 but is, in fact, a replica of the historic house of worship from 1900. As with all Dubai mosques except Jumeirah Mosque, it’s off limits to non-Muslims.

As well as being the centre of Dubai’s religious and cultural life, the original structure also housed a kuttab (school), where children learned to recite the Quran from memory. It's opposite the Dubai Museum.