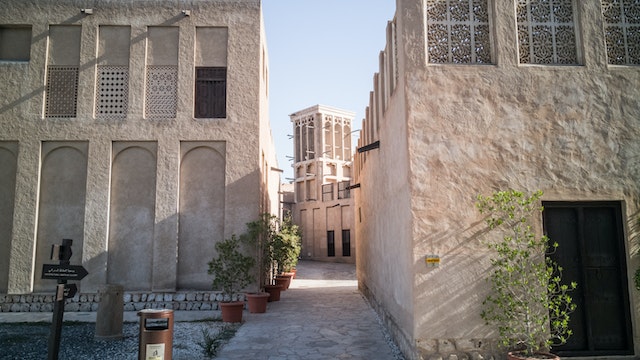 The quarter was built in the early 1900s by merchants from the Persian town of Bastak, who settled in Dubai to take advantage of tax breaks granted by the sheikh. By the 1970s, though, the buildings had fallen into disrepair, and residents began moving on to newer, more comfortable neighbourhoods. Dedicated locals, expats and even the UK's Prince Charles prevented the area's demolition in the 1980s. Hidden within the restored maze, which is easily explored on an aimless wander, is a short section of the old city wall from 1800. For a more in-depth experience, join a guided tour with the Sheikh Mohammed Centre for Cultural Understanding.

Next to the district is the bustling waterfront tourist development of Al Seef.