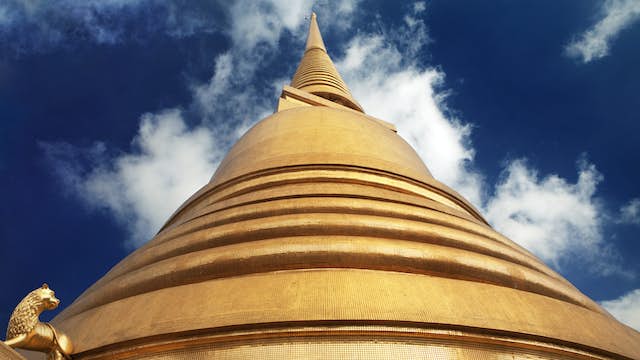 Founded in 1826, Wat Bowonniwet (known colloquially as Wat Bowon) is the national headquarters for the Thammayut monastic sect, a reformed version of Thai Buddhism. Travellers visit the temple for the noteworthy murals in its bòht (ordination hall), which include Thai depictions of Western life (possibly copied from magazine illustrations) during the early 19th century. The former emperor Rama IX's ashes are enshrined here. Because of its high royal status, visitors should be particularly careful to dress properly for admittance.

Rama IV (King Mongkut; r 1851–68), who set out to be a scholar, not a king, founded the Thammayut sect and began the royal tradition of ordination at this temple. In fact, Mongkut was the abbot of Wat Bowon for several years. Rama IX (King Bhumibol Adulyadej; r 1946–2016) and Rama X (King Maha Vajiralongkorn; r 2016–), as well as several other males in the royal family, have been ordained as monks here.