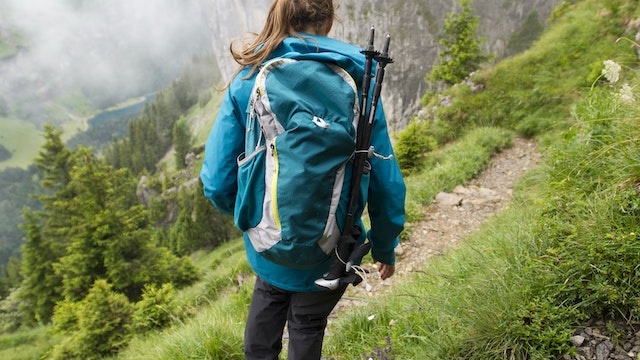 When an environmentally on-the-ball land like Switzerland has just one national park, you can bet it’s a good one. Huddled away in the far southeast of the country, where the snow-frosted Swiss Alps muscle their way into Italy, this 172-sq-km park is a nature-gone-wild spectacle of high moors, forests, wildflower-freckled pastures, waterfalls, jewel-colored lakes and sky-high peaks that looks as though it has been shaped by God’s own fair hand. Here wildlife rules and human intervention is kept to a conservation-driven minimum. And long may it stay that way, say park authorities. Amen.

Come to hike along ridges where it is silent but for the sound of your own heartbeat and the piercing whistle of a golden eagle or roar of a stag, hole up in a log cabin to see the first sun creep over the summits, and explore a landscape so pristine, ancient and unaltered that dinosaur tracks are still regularly found here.

Conservation in the Swiss National Park

The Swiss have always been environmentally ahead of the game and here’s the proof–this was the first national park to be established in the Alps on August 1, 1914. More than 100 years later, the park remains true to its original conservation ethos. “Take only photographs, leave only footprints” is the spirit that still underpins the park to this day.

"Little has changed over the course of a century and I hope we will be able to say the same in another hundred years' time," the park's communications director Hans Lozza confesses. "Our three aims are to protect, research and inform. Since the park was founded, no trees have been felled, no meadows cut, no animals hunted. This is what nature left to its own devices looks like."

The only way to truly see this remote, wildly mountainous national park is to slap on hiking boots and hit the trails that thread deep into its heart. The hiking season goes with the snow, so roughly from mid-June to mid-October.

This high-alpine plateau shimmers with 23 lakes of sapphire, azure and turquoise blue. If you’re surefooted and up for a challenge, the 21km (13 mile), eight-hour return hike from Zernez is extraordinary, with views of the snow-capped Bernese, Silvretta and Ortler Alps.

An easy-going 4½-hour, 13km (8 mile) hike from Buffalora via this summit takes you through a one-of-a-kind steppe landscape. Grazing the border to Italy, you are granted views deep into the neighboring Stelvio National Park. Cyclamens of every color bloom here in early summer.

Switzerland's last native bear was shot in this valley in 1904, a decade before the park was founded. The two-hour, 5.5km (3.4 mile) uphill hike from Pradatsch to Sur il Foss takes in weirdly eroded rock formations and you might well spot chamois and deer.

Flat, easy-going and suitable for families, the three-hour, 9.5km (5.9 mile) trek from S-chanf to Alp Trupchun provides a good overview to the park. The stag rutting in fall is at its most spectacular here.

Marmots, chamois, deer, golden eagles and even ibex can be spotted in the gloriously unspoilt valley, reached via a 3½-hour, 8km (5 mile) uphill ramble through larch and pine woods Zernez. To up the challenge, tag on a four-hour hike to Vallun Chafuol via the 2545m saddle of Murter, looking out for fossilized coral and dinosaur tracks.

The 7 most scenic road trips in Switzerland

Wildlife in the Swiss National Park

With plenty of space to roam free, the Swiss National Park provides a safe haven for all of the classic wildlife you come to the Alps to see–and then some. With luck and patience, you might sight marmots standing sentinel over their burrow, red deer, nimble-footed chamois and, at higher elevations, curve-horned ibex. Bears, wolves and lynx have staged the occasional appearance in the park in recent years, too, often scampering over the border from Italy. But they come and go as they please and are highly elusive.

The park is also a twitcher’s dream, with regular sightings of mountain species such as golden eagles and reintroduced bearded vultures, Alpine choughs and the rock ptarmigan, whose plumage is snow white in winter. At lower elevations, you find water pipits in the meadows, and in the forests Eurasian eagle-owls, hazel grouse, western capercaillie, spotted nutcrackers and black woodpeckers.

To maximize your chances of glimpsing the park’s rarest, shiest inhabitants, bring binoculars and hook onto one of the guided walks run by the park rangers, who are a dab hand at spotting wildlife from a mile off.

Expert guides lead insightful half- and full-day walks in the park from mid-June to mid-October, some of which are specifically geared towards families. These cost around Sfr35 for adults/Sfr15 for children. The tours are in German but some guides speak English.

There are only two places to stay actually in the park and camping is off-limits. Hidden in the thrillingly wild Val Cluozza, the Chamanna Cluozza fulfills every off-grid log hut fantasy. At 1882m (6174ft) above sea level, it commands enthralling views of the moraine-streaked Livigno Alps razoring their way into Italy, Making as light an imprint as possible, the hut is simple, with no phone reception and hydropower only for the essentials. But the air is pure, the views are uplifting and the food is hearty (all bookings include half-board). Bring your own sleeping bag.

Another option, close to many of the trailheads, is Hotel Parc Naziunal Il Fuorn, a light, comfy, pine-clad guesthouse going strong since 1509. Fresh trout and game are big at the excellent on-site restaurant.

Summer is the time to hike and explore in the Swiss National Park, as many of the trails in the park close in winter due to snowfall and to give the wildlife all-important breathing space.

Your first port of call for a visit should be the excellent Swiss National Park Centre in Zernez, where you can get an overview of the park’s wildlife and geology, book guided hikes and pick up a handy 1:50,000 park map and guide.

Trains and buses run between the quaint Engadine villages on the fringes of the park, including Zernez, Scuol, Lavin, Zuoz and S-chanf.

The Swiss National Park website has an interactive map and a free, multilingual app for download, which works mostly offline and is packed with information, anecdotes and detailed maps. The Swiss Alpine Club publishes reliable topographic walking maps at a 1:25,000 scale.

The best time to go to Switzerland

Brushed with beautiful wildflower meadows, the Swiss National Park is one of the few accessible places in the Swiss Alps where it is still possible to spot the rare, protected edelweiss (Leontopodium alpinum) flower. Growing at altitudes of 2000m (6561ft) and above, the delicate, fuzzy white, star-shaped bloom holds a cherished place in Swiss hearts. In times past, young men once risked life and limb by clambering up rocky, exposed heights to pluck a single flower to woo their sweethearts and demonstrate their devotion and daring.

Just back from: Swiss Alps
Suggest an Edit