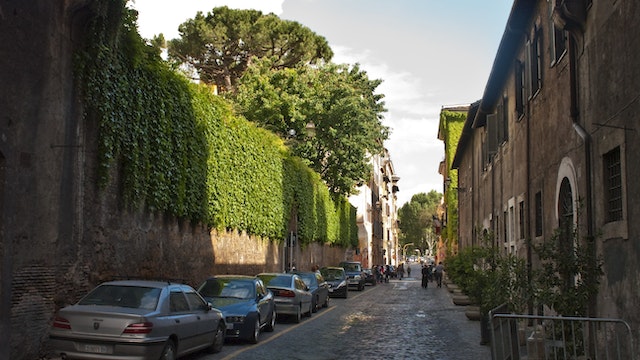 Designed by Bramante in 1508 as part of an urban development program ordered by Pope Julius II, Via Giulia is one of Rome's most charming streets, an elegant, largely car-free strip of churches, colourful Renaissance palazzi and discreet fashion boutiques.

At its southern end, the 17th-century Fontana del Mascherone features the face of a man seemingly surprised by water spewing from his mouth. Just beyond it, and spanning the road, is the Arco Farnese, an overhead arch designed by Michelangelo as part of an unfinished project to connect Palazzo Farnese with Villa Farnesina on the opposite side of the Tiber.