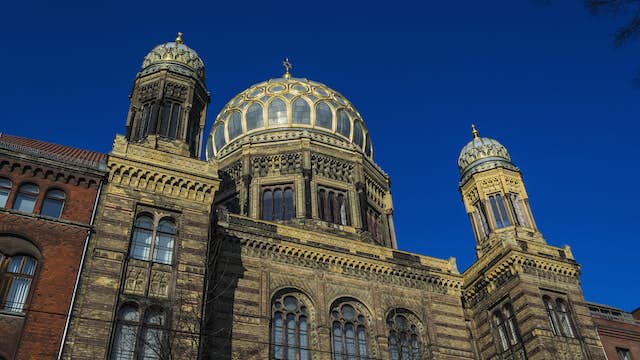 The gleaming gold dome of the Neue Synagoge is the most visible symbol of Berlin’s revitalised Jewish community. The 1866 original was Germany's largest synagogue but its modern incarnation is not so much a house of worship (although prayer services do take place), as a museum and place of remembrance called Centrum Judaicum. The dome can be climbed from April to September (adult/concession €3/2.50).