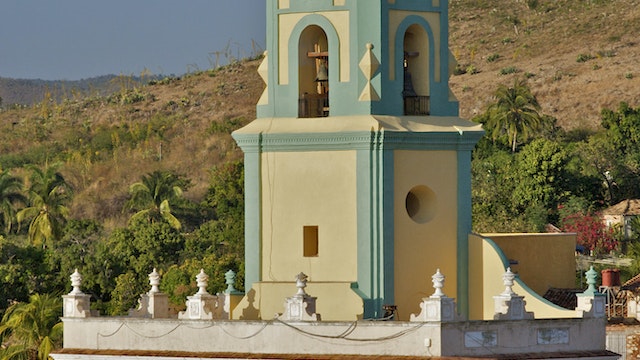 Just off Plaza Mayor, this grandiose mansion, Trinidad's main museum, belonged to the Borrell family from 1827 to 1830. Later it passed to a German planter named Kanter, or Cantero, for whom it's now named. The run-down exhibits could use a full makeover, but the city panoramas from the tower, reached by rickety stairs, is worth the price of admission alone.

Reputedly, Dr Justo Cantero acquired vast sugar estates by poisoning an old slave trader and marrying his widow, who also suffered an untimely death. Cantero's ill-gotten wealth is well displayed in the stylish neoclassical decoration of the rooms. Visit before 11am, when the tour buses start rolling in.