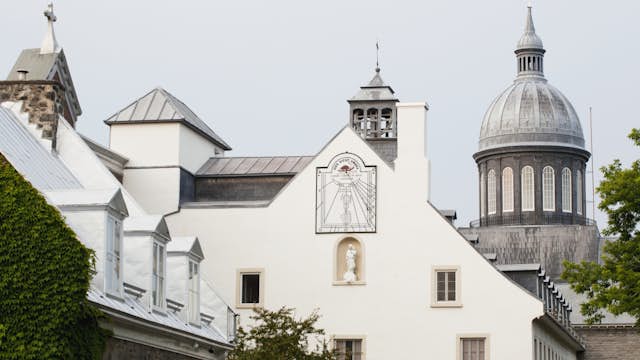 Housed in a historic convent, this thoughtful, well-laid-out and wheelchair-accessible museum tells the fascinating story of the Ursuline nuns’ lives and their influence in the 17th and 18th centuries. The sisters established North America's first school for girls in 1641, educating both Aboriginal and French students. Displays on convent school life are enlivened by a vast array of historic artifacts, including examples of the Ursulines' gold and silver embroidery.

The chapel just opposite dates from 1902 but retains some interiors from 1726. Ursuline sisters, the first order of nuns to come to North America, were cloistered until 1965; there are some 48 nuns today, but only four still live in the convent.

The convent's founder, Marie de l’Incarnation, was one of the most intriguing figures from the order. Leaving a young son in France after she was widowed, she joined the Ursulines and moved to New France, where she lived well into old age. She taught herself Aboriginal languages, and her frequent and eloquent letters to her son back in France are held by historians to be some of the richest and most valuable material available to scholars studying life in the French colony.