Drive your imagination: US road trips inspired by TV and movies

Who says watching a ton of TV and movies makes you a couch potato? Sure, it can – but your viewing habits can also be a source of inspiration for exploring the world. With a little research and a dash of creativity, you can turn your obsessions into reality – and not reality TV.

You don’t even have to pick a road trip movie or that road trip episode from your favorite show. If you want to trace the route of National Lampoon’s Vacation, knock yourself out. But thanks to Hollywood’s use of American landscapes to represent everywhere on Earth and the rest of the universe, you can turn almost any show or movie into a US road trip.

Here are a few examples to set you off in the right direction.

Do western movies make you yearn for the landscapes of the desert southwest and the Great Basin? No problem. Piece together your favorite cowboy movies’ shooting locations and saddle up.

Butch Cassidy and the Sundance Kid was filmed in a variety of locations across the West, but you can easily visit the site of the memorable ‘Raindrops Are Falling on My Head’ scene at Grafton Ghost Town just outside of Zion National Park. You’ll have to bring your own bike and bowler hat, but you can go inside and explore a few of the remaining buildings and walk the cemetery of this old frontier town.

Head east to Kanab, where over 100 westerns have been filmed. The Little Hollywood Movie Set Museum is free and you get to wander through sets used for The Outlaw Josey Wales and other movies and television shows. Keep heading east, and you’ll hit Glen Canyon National Recreation Area, where Maverick was filmed.

And you can’t do a western road trip without visiting Monument Valley, made famous by its appearance in multiple John Ford films starring John Wayne, including Stagecoach, Fort Apache, and She Wore a Yellow Ribbon. Monument Valley was also featured in 2001: A Space Odyssey, Back to the Future Part III, and National Lampoon’s Vacation, so this is the perfect spot to flip channels.

A Star Trek road trip (the one with the whales)

Star Trek is, in many ways, the ultimate adventure travel show. Just look at the mission statement: to explore strange new worlds, to seek out new life and new civilizations, to boldly go where no one has gone before. That’s a wonderful travel philosophy. But how on earth can you do a Star Trek road trip on, well, Earth? Star Trek IV: The Voyage Home – aka, the one with the whales – provides an easy way in.

Start in Sulu’s hometown of San Francisco, home to Starfleet Command, whose headquarters and academy occupied land either side of the Golden Gate Bridge. Trace the footsteps of Kirk and friends at the Presidio on the city side and Fort Baker across the bridge in Marin County; both of them are former military bases turned into attractive parks. Go looking for ‘nuclear wessels’ across the bay in Alameda. You won’t find the USS Enterprise, but you will find the USS Hornet, a ship with a legitimate tie to space travel: the Hornet picked up the Apollo 11 astronauts after their lunar mission, and the on-board museum preserves their first steps back on Earth, as well as the Airstream trailer that served as a quarantine facility in case of moon germs.

The scenes at The Cetacean Institute in Sausalito were actually filmed at the Monterey Bay Aquarium: same logo, different town. George and Gracie the whales are not there – not because they’ve been transported to the future, but because the aquarium simply doesn’t house whales. Not to worry: book a whale watching tour from Monterey and find your own George and/or Gracie among the many humpback whales that migrate along the California coast.

Head a few hours south and you’re suddenly on the planet Vulcan. Vasquez Rocks, sometimes called ‘Kirk’s Rocks’ because they were used as a backdrop in at least eight episodes and three Star Trek movies, is a common stand-in for other planets in Hollywood productions (add this one to your Bill and Ted or Jay and Silent Bob road trip itineraries).

If you’ve ever watched an episode of Treehouse Masters (or, ahem, all of them), you’ve undoubtedly dreamed of having one yourself. Why not try before you buy?

Start at TreeHouse Point, Pete and Judy Nelson’s retreat just outside of Seattle that sparked the idea for the TV show. Visits need to be reserved in advance, and you can book a tree house for an overnight stay or even your dream arboreal wedding.

Many of the tree houses featured on the show are private, but others are open to the public. Not far from TreeHouse Point, you can book a stay in a Pete Nelson creation that goes intercontinental: an African Safari Hut in the trees in Auburn, Washington.

The Laurel Tree restaurant in Texas Hill Country outside of San Antonio features a treetop dining room with colorful stained glass windows. This has proven so popular, the owners teamed up with Pete Nelson to build a full Hill Country retreat, Treehouse Utopia, with four tree houses perched over the river that flows through their property.

Other Nelson tree houses are available as vacation rentals across the US, including the Treehouse Bungalow at the Summit Inn Resort in Farmington, Pennsylvania, Earthjoy Treehouse Village in Germantown, Kentucky, and the Treehouse at Kilauea Volcano, just outside Hawai'i Volcanoes National Park.

A John Hughes day off

Trips don’t have to cover large distances, and there’s no rule that they have to draw inspiration from a single show or movie. Say, for example, that you’re a huge fan of John Hughes films – Ferris Bueller’s Day Off, 16 Candles, Home Alone – mostly filmed in and around Chicago.

For the full Ferris experience, take in a Cubs game at Wrigley Field, ponder paintings at The Art Institute of Chicago, and reenact the parking attendants’ joyride with a (slower) cruise down Wells Street below the L tracks. Ferris and crew visit the Sears Tower, now the Willis Tower, and you can get an even better view than they did at the glass-floored Skydeck on the 103rd floor.

Home Alone lovers can visit the Trinity United Methodist Church to see where Kevin hid in a nativity scene. The interior shots, where Kevin listened to ‘O Holy Night’ with his large-bearded neighbor, were filmed at Grace Episcopal Church. The pharmacy where Kevin accidentally stole a toothbrush is now an ice cream shop across the street from Hubbard Woods Park in Winnetka – and, yes, there is an outdoor ice rink in the winter, where you can try sliding on your knees to escape an imaginary policeman. Nobody’s judging.

Making viewers hungry and jealous since 2006, Top Chef can be the inspiration for an itinerary where you get to be the judge. Previous contestants on the show are currently running or cooking at well over 150 restaurants across the US, and the judges add several dozen more, meaning you can easily string together a cross-country calorie spree. 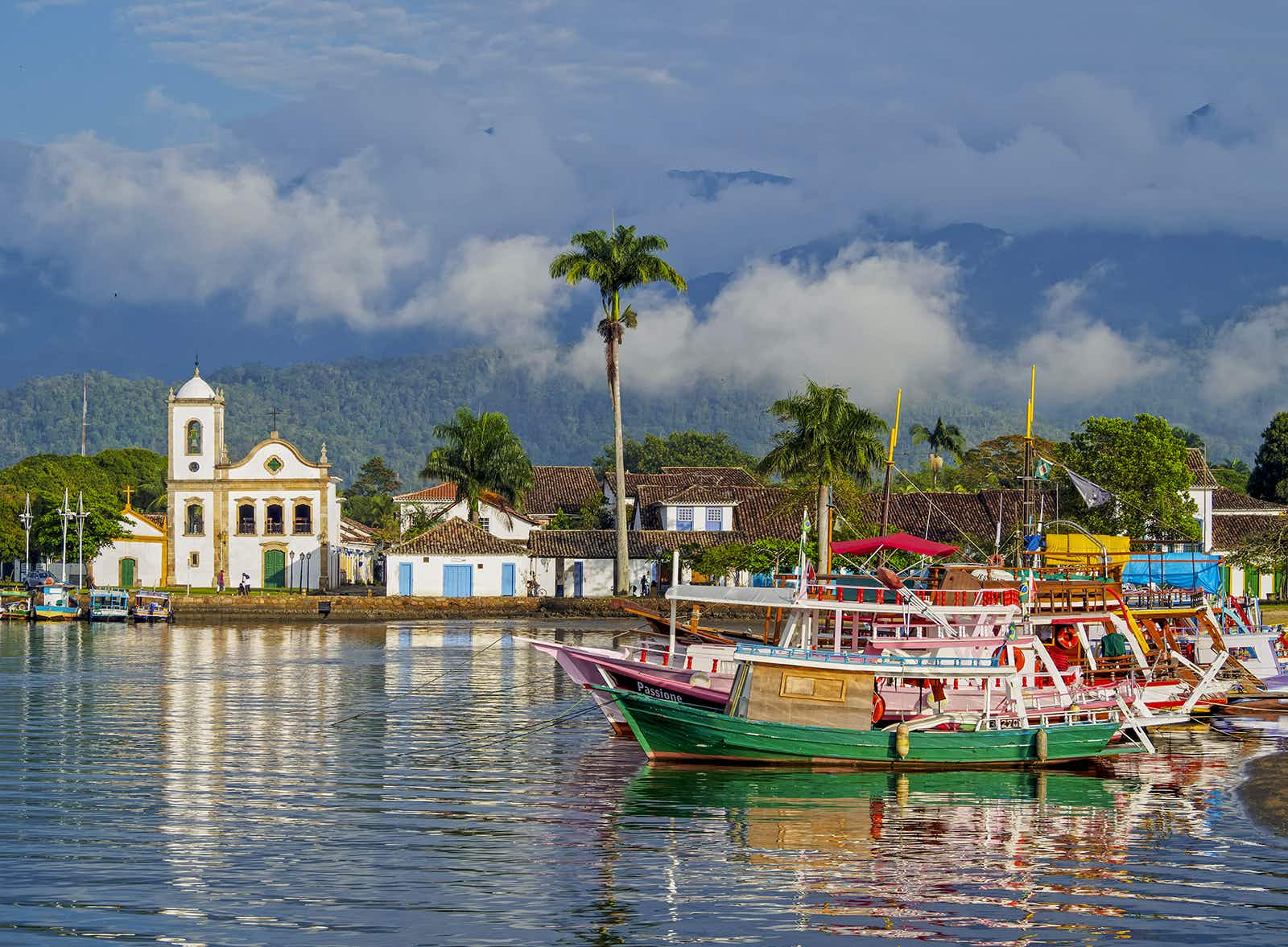 Find your chill in peaceful Paraty 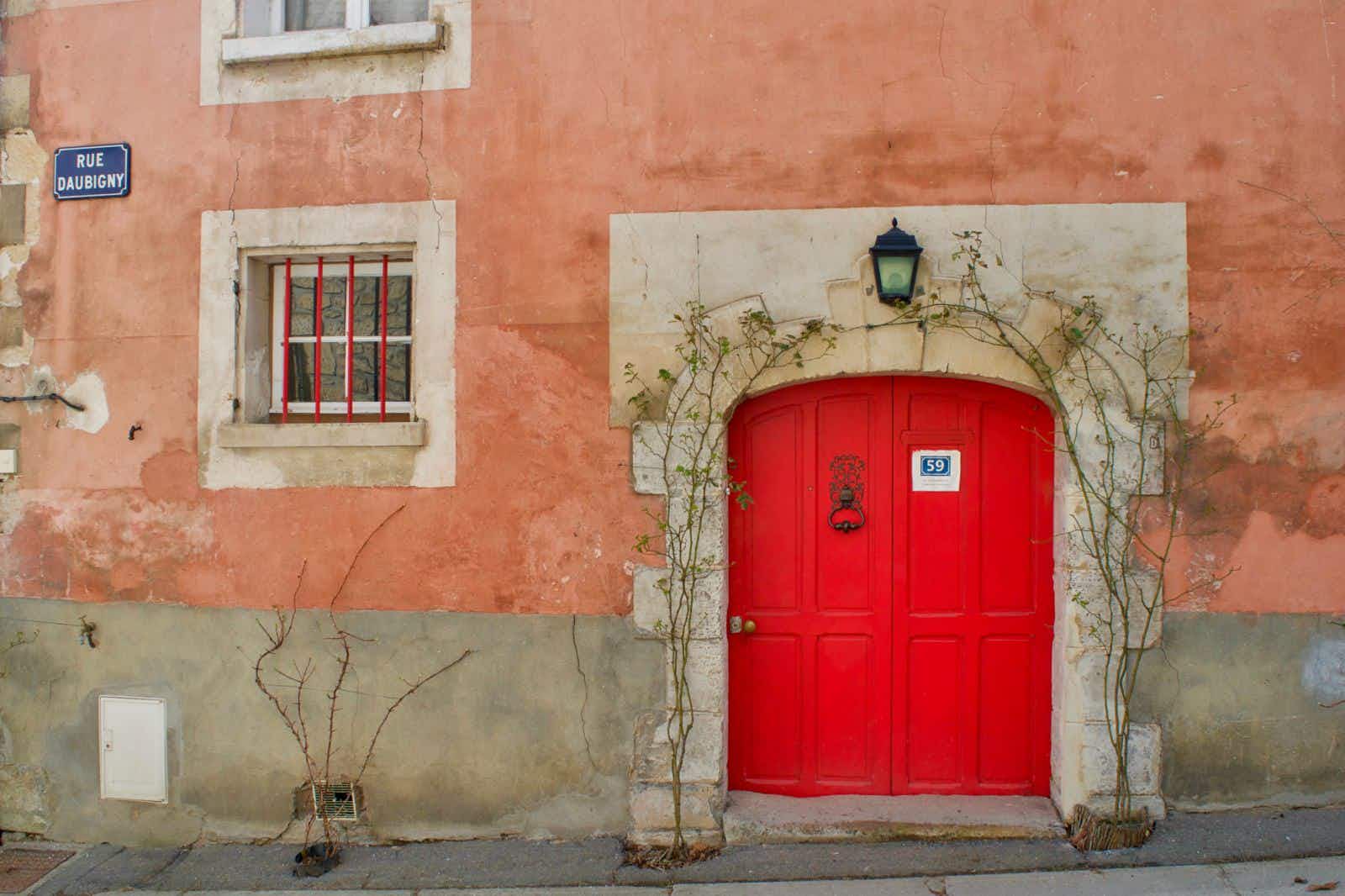