Top 10 day trips out of Barcelona

You could spend weeks in Barcelona and never run out of places to see, things to do, food to try and bars to hop.

But for a taste of Catalan life beyond the metropolis – or simply for a change of pace – you can choose between mountains, beaches and pretty little towns, all just a short ride away. Here are the best day trips from Barcelona.

The mountain of Montserrat is home to Catalonia’s holiest site, the monastery of the same name. The views are spectacular – take walking shoes – and season permitting, you might be able to catch a choir performance inside the basilica. Afterwards, ride the funiculars, or else take a walk down to the Santa Cova, the spot where La Moreneta – a holy effigy of the virgin – was found, or up to the Sant Jeroni peak for a splendid view of the valley below.

Getting there: The R5 line trains operated by FGC run half-hourly to hourly to/from Barcelona's Plaça d’Espanya station (one hour). Then get the AERI cable car to the monastery from the Montserrat Aeri stop. Alternatively, take the R5 to the next stop (Monistrol de Montserrat), from where cremallera trains run up to the monastery (20 minutes) every 20 to 40 minutes. There are various train/cremallera combo tickets available.

Hike and bike in Collserola

Barcelonins seek out the vast Parc de Collserola, up in the hills, for an escape from city life. There are walking and cycling trails throughout the park, which is dotted with farmhouse-style restaurants. Pick up a map of the various routes from the info centre at Carretera de l’Església 92, close to the Baixador de Vallvidrera FGC train station. From here, those with a bit of energy can walk across the hills to Sant Cugat and take the train back to Barcelona from there.

Getting there: Get the FGC suburban train from Plaça de Catalunya, Carrer de Provença or Gràcia to Baixador de Vallvidrera.

Soak up history in Girona

Girona’s old town is a tight huddle of ancient arcaded houses, grand churches and sloped cobbled streets, with the grand cathedral looming over it. Until the virtual expulsion of the Jews in 1492, Girona was home to a huge Jewish community and the Museu d’Història dels Jueus tells their story. For a different slice of history, the 12th-century Banys Àrabs  (‘Arab Baths’) are also worth a visit, as is the pretty, Romanesque Monestir de Sant Pere de Galligants. Stroll along the River Onyar to look at the colourfully painted houses that flank it, or to reach the newer part of town, where you’ll find some excellent tapas bars. If your pockets are deep enough, Girona also has one of the world’s best restaurants, El Celler de Can Roca.

Getting there: Take the train from Barcelona (from €9, 40 minutes to 1¼ hours, at least half-hourly).

Admire a surrealist gem in Figueres

Figueres has some handsome Modernista architecture, a sprawling 18th-century castle (Castell de Sant Ferran) and a delightful little toy museum, the Museu del Joguet, but it is best known for the Teatre-Museu Dalí. A former theatre, it was converted by Dalí himself into a palace of surrealism, protected by tall red walls that bristle with giant eggs, Oscar-like statues and plaster croissants. Inside you’ll find paintings, a collection of jewellery designed by Dalí and some entertaining trompe l’oeil installations.

Sunbathe and sightsee in Sitges

The pretty, whitewashed town of Sitges is perfect for seafront promenading and sun-worshipping, so in warmer weather you’ll find the most central beaches quite crowded. Luckily, there are quite a few to choose from, so pick your spot for a morning of sunbathing (or skinny dipping off the nudist beach) before choosing a seafood restaurant nearby. But it’s not all about the sea here; if you have an interest in contemporary art and in the Modernisme movement, the classy old centre’s array of elegant buildings, many housing museums, is well worth some of your time. The town also has great nightlife and a vibrant gay scene.

Avoid the tourists in Vilanova i la Geltrú

Just down the coast beyond Sitges (there is a lovely, hour-long walk along the cliffs you can do to reach it), Vilanova i la Geltrú is a larger, more down-home version that has long dedicated its efforts more to fishing and industry than the leisure business, and has a pleasantly unpretentious air. There are some decent, wide beaches (head right to the south for a lovely little cove) and an interesting railway museum, the Museu del Ferrocarril.

Of a similar size and scale to Girona, Tarragona is known for its Roman remains. Since the Museu d’Història de Tarragona – which comprises the main Roman sites – tends to be busiest from mid-morning onwards, it’s best to start with its Amfiteatre Romà and the Fòrum Provincial first, or the excellent Museu Nacional Arqueològic de Tarragona, which gives a useful overview of the city’s impressive Roman past. Then, head for the grand cathedral, followed by lunch in one of the many restaurants thereabouts or in the fishing neighbourhood of El Serrallo, where you’ll find many fine seafood restaurants.

Getting there: The train station is a 10-minute walk south of the old town near the beach, with services to/from Barcelona (from €8.05, one to 1½ hours, every 10 to 30 minutes).

Montblanc is a good-sized medieval walled town with a decent selection of places to eat and sleep. It’s worth a visit on its own merits, but ideally, however, you should go with a car, to fully explore what is known as the ‘Cistercian Route’, a triad of stunning monasteries within easy reach of one another, at Poblet , Vallbona de les Monges and Santes Creues. You’ll need to set off early if you are hoping to see all three.

Getting there: Five trains a day run from Barcelona Passeig de Gràcia and Sants; the first is around 7am.

Apart from the Sagrada Família, Gaudí’s last big project was the creation of a utopian textile workers’ complex for his magnate patron Eusebi Güell outside Barcelona at Santa Coloma de Cervelló. Gaudí’s main role was to erect the colony’s church, Colònia Güell, although he only managed to finish the crypt, which is open to visitors. Its mostly brick-clad columns that support the ribbed vaults in the ceiling are inclined at all angles in much the same way that trees in a forest lean, and are key to understanding the physics behind his magnum opus, the Sagrada Família.

Getting there: Take FGC lines S4, S8 or S33 to Colònia Güell.

Take in markets and mansions in Vic

Vic, with its attractive historic centre and some fine restaurants, dominates the flatlands of La Plana de Vic to the south of the Pyrenees and is an easy train ride from Barcelona. The tourist office is just off Plaça Major, the largest of Catalunya’s central squares, which is lined with medieval, Baroque and Modernista mansions. It is still the scene of regular markets, hence its other name, Plaça del Mercadal. 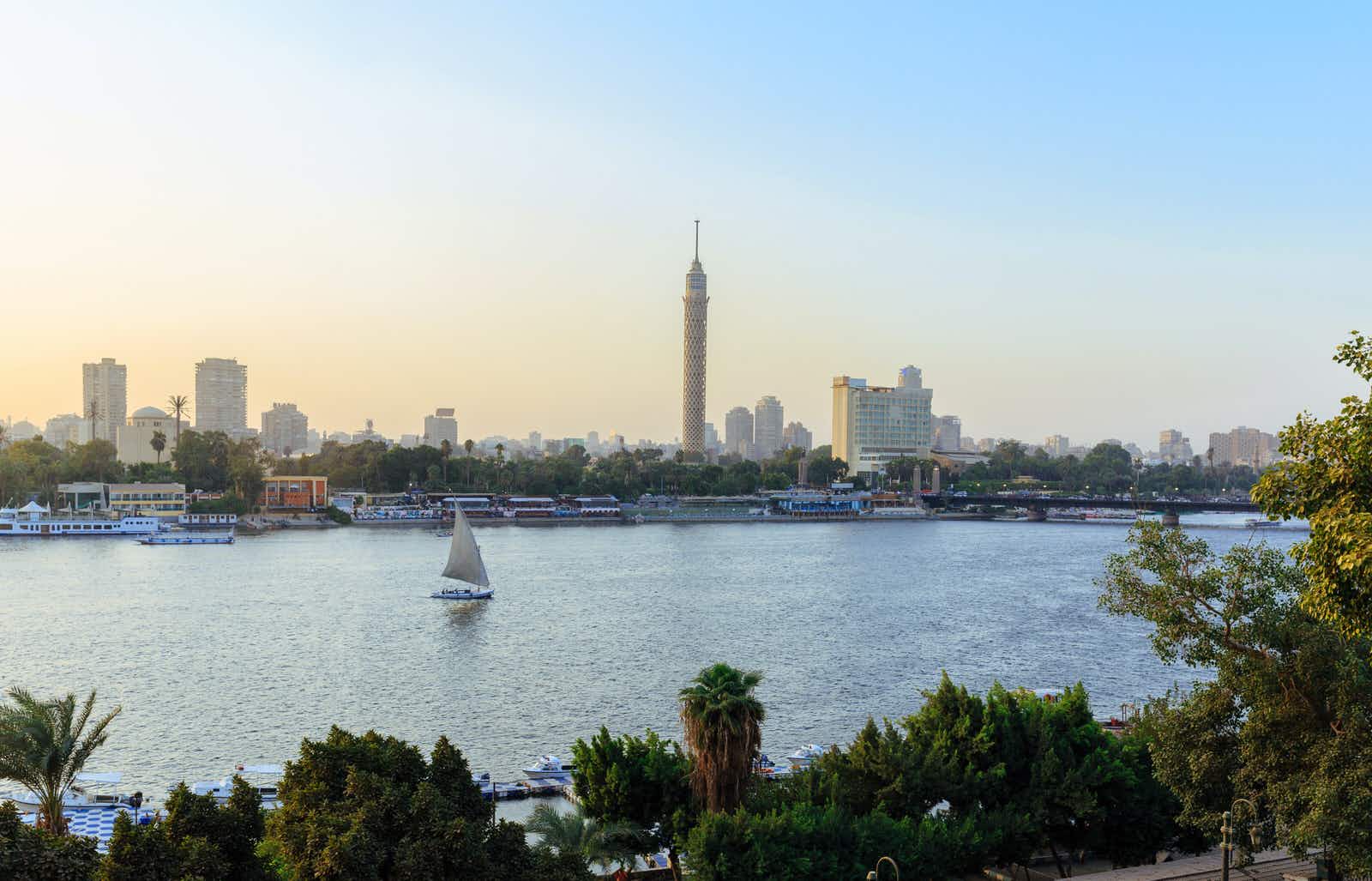 A perfect day in Cairo: how to spend 24 hours… 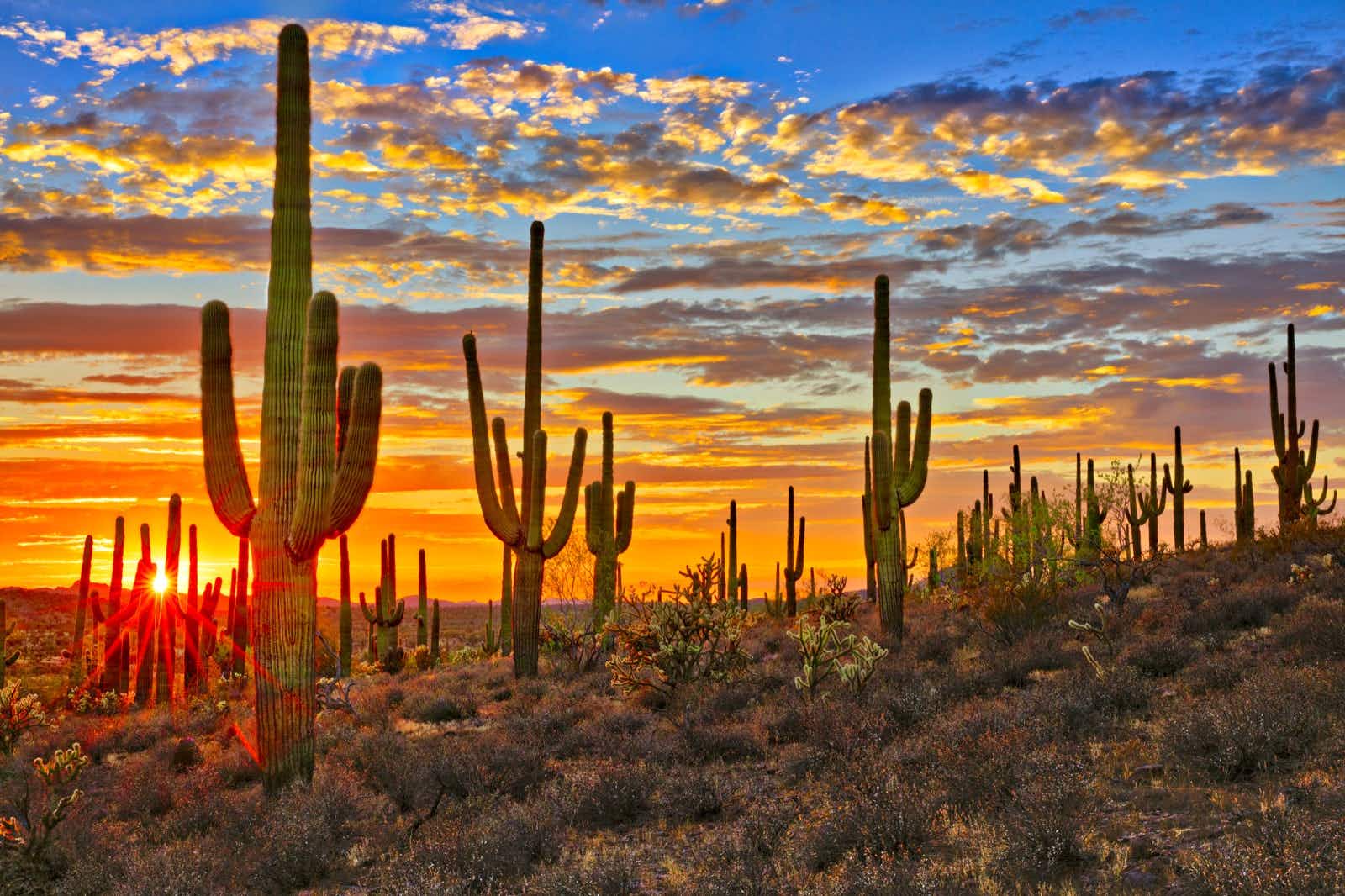 Under the radar USA: Tucson is more than its cactus…