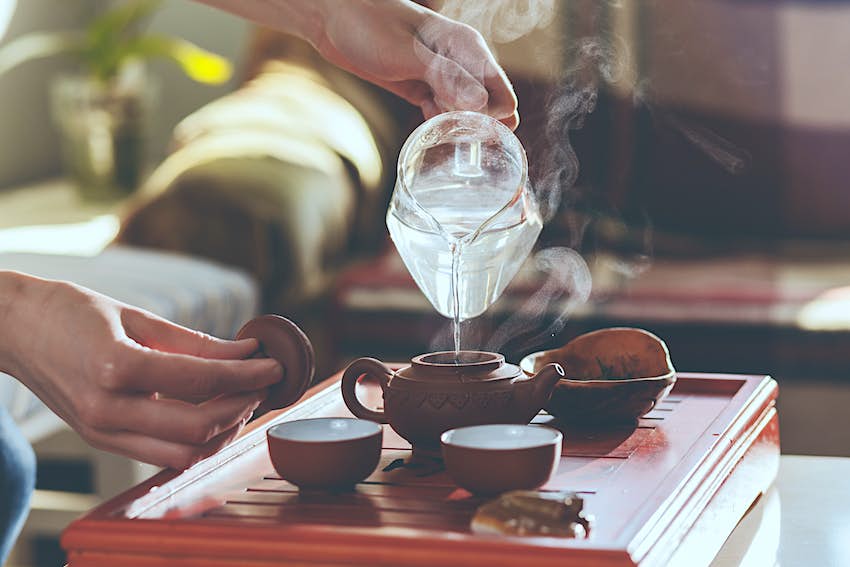 Nothing warms the soul like a good cup of tea, and many of our favorites have distinct roots in specific locations around the world. Take a global tour via tea with these herbal indulgences.

If you yearn for the historic medinas of Morocco, brew yourself and your  loved ones a batch of sweet mint tea, also known as Atai Bi Nana, and dream of wandering the country’s winding streets. Traditional sweet mint tea is brewed using Chinese “gunpowder” green tea (originally from the Zhejiang Province in China), copious amounts of sugar and fresh mint leaves.

The exact origin of this tea tradition is debated, some citing its appearance in the 19th century, arriving from England, while others say it arrived as early as the 17th century from the Middle East. Whatever the truth is, it’s today become an essential part of life in Morocco. The tea itself is a symbol of hospitality and welcoming, and preparation and presentation are just as important as the finished product. Hosts often pour the tea from a silver teapot into small glasses from a significant height, creating a delightful foam that indicates that the tea has been perfectly brewed. The tea is routinely served three times in a sitting, each cup with its own unique flavor.

Spicy, creamy and sometimes sweet, India’s masala chai (spiced tea) has taken the world by storm. The comforting concoction incorporates milk, sugar, black tea and a variety of different spices depending on region and taste; most common are cardamom, cinnamon, fennel, ginger, cloves, black pepper and star anise. Chai wallahs (tea vendors) across India make perfect cups of chai to order, each with their own flair.

Many legends surround the origin of masala chai. One places its birth in an ancient Indian court, where a king dreamt of creating a healing beverage for his people, while another places it in the hands of a Buddhist Monk who learned from Chinese farmers. The real history has to do with British colonialism and the cultivation of the tea trade in India; the tradition of masala chai didn’t take root until the 1900s, when Britain actively created a marketing campaign to stimulate the tea economy that it owned. Indian citizens took the tea and created their own variation, adding the spices that give it its warmth and depth, and the rest is history.

Delightfully green and multifunctional, matcha tea is made from green tea leaves ground into a fine powder and whisked in water to form a frothy tea. Like chai, matcha has recently been part of a global craze, showing up in a variety of new matcha-flavored drinks and desserts. Traditionally, however, the matcha tea ceremony is a Japanese cultural touchstone used for both formal and informal tea gatherings, an expression of hospitality and generosity towards guests.

Powdered tea saw its origins in 7th-century China, when tea was dried and stored as bricks, and later ground to be used in beverages. Matcha made its way to Japan in the 12th century, and was largely used by the most important religious and government figures. The practice trickled down into society over the years, and today it’s a tea to be enjoyed by all.

Read more: Everything you need to know about green tea culture in Uji, Japan

When it comes to tea, China’s where it all began. Oolong is made from the same leaves as black and green tea, but is only partially oxidized after picking (black tea is fully oxidized), giving it a unique, bluish hue. The tea’s flavor can vary based on the region where the leaf was grown and the technique used to oxidize the leaves, varying from floral and light to nutty and roasted. The most sought after varieties come from the Wuyi mountains in the country’s Fujian Province.

Classically, oolong teas are served during the Gongfu tea ceremony, a practice that is believed to have emerged during the Song dynasty and was popularized in the subsequent centuries. The ceremony demonstrates respect to both the hosts guests and to nature, which provided the tea in the first place. Guests are invited to enjoy the aromatic qualities of the tea before tasting, and hosts can prepare several infusions for everyone to enjoy.

If you’ve traveled to South America’s southern half, chances are you’re familiar with yerba mate, the ubiquitous infusion drunk from a gourd with a metal straw called a bombilla. The flavor resembles that of green tea, and it’s generally served using hot (but not boiling) water; it’s meant to be sipped slowly and shared among friends and family, the gourd passed from person to person.

Yerba mate was originally consumed by the Guaraní people, who lived in the area that would become Paraguay post-colonization. Recognized for its medicinal properties, the drink was soon adopted and industrialized by the colonizers (despite an ill-fated ban put in motion by the Spanish governor of Buenos Aires that nobody obeyed -- the love of mate was just too strong), and today it remains a symbol of the southern cone. Many traditionalists maintain that yerba mate needs no modification, but many variations with added sugar, citrus and other flavors are becoming popular.

One can’t think of the United Kingdom without envisioning the perfect cup of black tea, swirled with milk and sugar. If you’ve poured a morning cup, pair it with a biscuit or a scone. You can also enjoy English tea with larger spreads -- a fancy afternoon tea at a hotel or tea shop might feature finger sandwiches and pastries, while high tea (often just called “tea”) can sometimes conflate with dinner, inviting more savory fare like meats, pickles and tarts.

The United Kingdom’s tea legacy stretches back into the 17th century, when it was brought to the isle by the British East India Trading company. Britain’s far-reaching colonial power effectively spread tea culture throughout the world and, today, tea remains a huge part of daily life.

The best coffee destinations around the world
Whose round is it anyway? The world's best booze
Lonely Planet: Destination Drinks 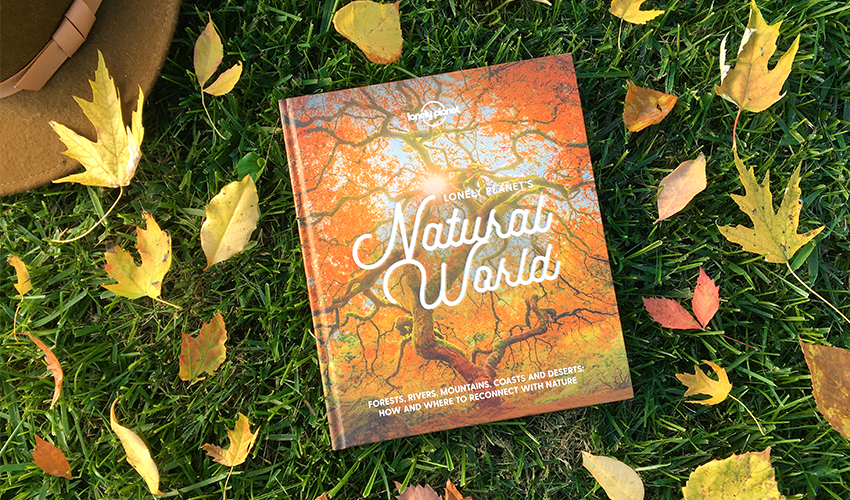 4 min read • Published about 5 hours ago

Our naked guide to Budapest’s thermal baths: Everything you want to know (but are too self-conscious to ask)