Whose round is it anyway? The world's best booze

Drinking the local beverage is a sure way to warm the hearts of the locals. Here is a selection of alcoholic drinks that make the effort of travel all the more rewarding. 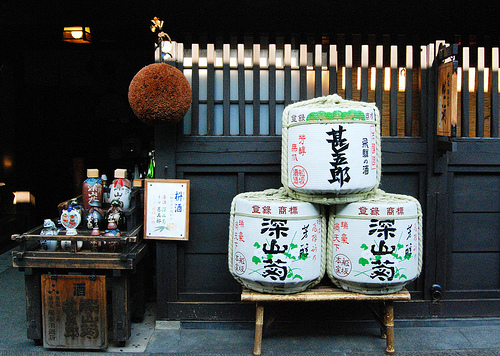 Called nihonshu in Japan, sake is a rice wine with an alcohol content of 15% to 17%. Prior to the first sake brewery being established at Kyoto’s Imperial Palace in the 7th century, sake was consumed in a form that resembled porridge, with the rice primed for production by the chew-in-the-mouth method. There are more than 1,600 brewers of this almost transparent alcohol, with varieties ranging from sweet to crisp and fragrantly fruity. Serving sake slightly chilled generally brings out its best qualities. 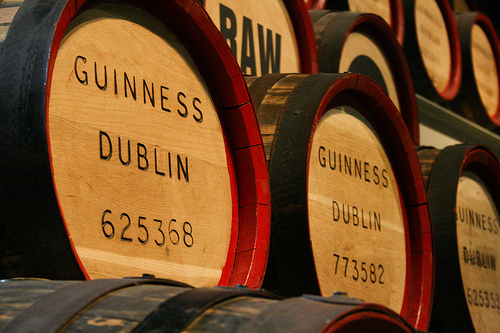 It takes 119.5 seconds to pour the perfect pint. The famous ‘surge and settle’ should be executed in a two-part pour, served at 6°C (43°F). But the malt-and-caramel flavoured dark body (actually ruby coloured, rather than black) with a creamy head is worth getting right. Based in Dublin, the Guinness brew is a malt-heavy porter (dark, sweet ale brewed from black malt) – so called because it was the favourite beverage of porters. 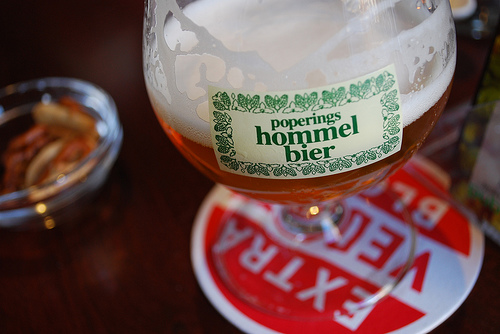 Someone once said: ‘beauty is in the eye of the beer holder’; if that’s the case, then Belgium is exquisite. It produces around 450 varieties of beer, with a specifically shaped glass for each, and some world renowned brews. The Trappist dark ales were first brewed by monks who fled France after the Napoleonic period. The best-known of them is Chimay – served in a goblet-like glass. Hoegaarden is a fine example of Belgian Witbier (white), distinguished by its pale golden colour, extra fizz, sediment and hint of herbs, such as coriander. 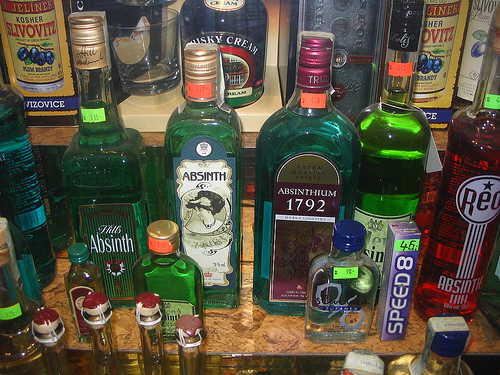 For instant bohemian, just add water. But ensure you add it a drop at a time through a sugar cube on a spoon placed over the glass of absinthe. This turns the emerald green 140-proof liquor a cloudy opalescent colour. Bohemians also burn sugar into their absinthe to mellow its bitter anise flavour. Made from wormwood, fennel and anise, the ‘Green Fairy’ has opium-like effects – the inspiration for many artists such as Van Gogh, Ernest Hemingway and Oscar Wilde. Banned in European countries during the early 19th century, governments now limit the level of thujone (an ingredient in absinthe likened to cannabis’ THC). 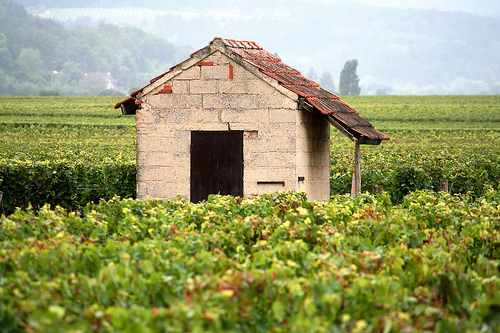 The sought-after wines of Burgundy (Bourgogne) possess particular qualities attributable to the region’s 400 soil types. White Burgundy is essentially a chardonnay, with an added depth and delicacy courtesy of the limestone soil in which it’s grown, while red Burgundy is a gutsy pinot noir. To be classified ‘Burgundy’, the wine must be produced within the recognised region of the AOC (Appellation d’Origine Contrôlée) in the Côte d’Or. The region’s vineyards were originally entirely owned by the Church, then divided up among workers according to Napoleonic Inheritance Laws.

This simple three-step cocktail is composed of vodka, limes and sugar. In a short glass, muddle fresh limes with two teaspoons of sugar, add loads of crushed ice and then pour a good quality vodka over the lot. This is of course the vodka version of the popularly known caipirinha, made with cachaça. Though native to Brazil, you should be able to walk into many bars around the world and ask for one by name. 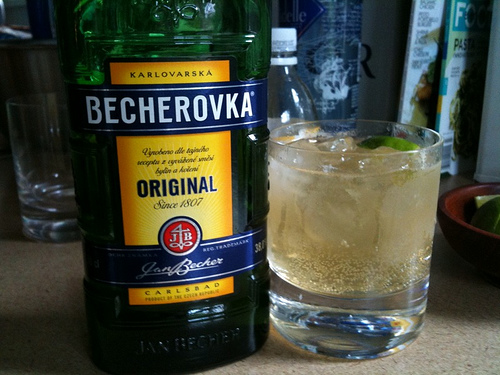 Only two people know the secret recipe to produce this all-natural liquor (36% alcohol volume). The 'chosen few' are the only ones allowed into the 'Drogikamr' where many herbs and spices are combined, placed in a sack, then steeped in alcohol for a week. The mixture is then combined with water and sugar and placed in oak barrels for two months. No-one can agree on a definitive flavour, but it’s traditionally served chilled, as a digestive. 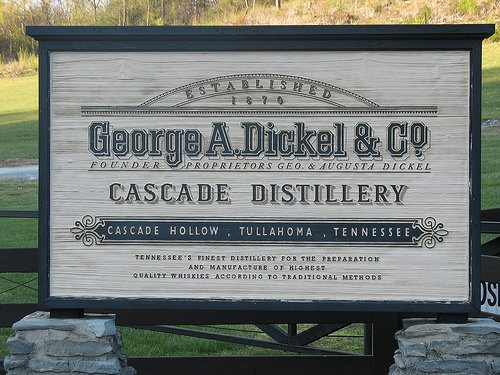 Back in 1870, old George Dickel reckoned his whiskey resembled a scotch whisky, and so adopted that spelling (dropping the ‘e’) for his special brand. He also discovered that whisky made in winter was smoother, so added a lengthy cooling step to the production process to distinguish his drop. He also refined a special combination of mashed corn, barley and rye to use as base ingredients. Double-distilled and aged in charred white-oak barrels for up to 12 years, Dickel Tennessee Whisky (40% to 45% alcohol volume) is a very fine drop. 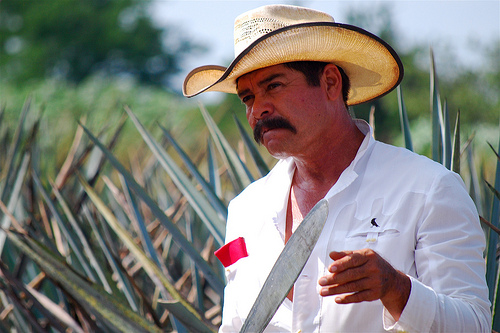 Made from the hearts of blue agave plants grown in Mexico’s Tequila region, tequila measures between 70 and 110 proof. This classic spirit is hit-the-wall stuff. Usually clear and transparent, other varieties include those that are aged or rested in oak casks. It’s best served at room temperature and sipped slowly. Only gringos do the salt-and-lemon slammer, although some folk add lemon to their glass. All tequilas are mescals (made from agave plants), but only true tequila is 100% blue agave. 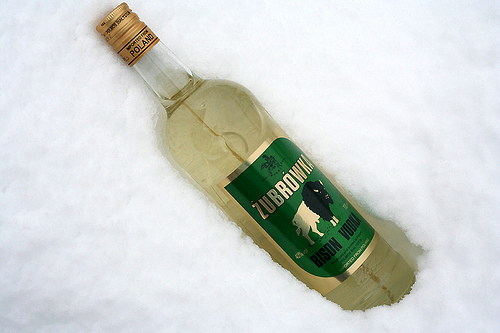 Image by Rubber Slippers in Italy

As one of the countries that saw the genesis of vodka, Poland produces dozens of varieties. Made from starch (usually rye or potato) and alcohol, pure vodka is clear, filtered and refined. This versatile spirit, in its purest form, is considered neutral, and has little or no hangover effects – dependent on your consumption levels of course. Large-scale production of vodka began in Poland in the 16th century, becoming a major export from the 17th century. Probably Poland’s best-known vodka, Zubrovka (40% alcohol volume), is infused with bison grass.

This article was updated in March 2012.

Get tipsy with these tours and activities: 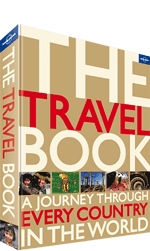 Read all about it

Celebrate the world with The Travel Book.