It’s a dream straight out the film Almost Famous to have a chance to hit the road with your favorite bands, seeing the country breeze by from the windows of a tour bus and collecting back stage passes from some of the greatest venues on earth. For most of us, though, we’ll have to stick to back issues of Rolling Stone and Cream magazine to live our rock ‘n’ roll fantasies of tearing up the Riot House on Sunset Strip and ramblin’ on between sold-out arenas.

But for Nik Sheasby and Lindsey Bathke, going on tour is all in a day's work. They've each worked for over a decade in the music industry – slinging merch, making travel arrangements, and learning the art of living out of a single suitcase while on the road with bands like Ghost, Metallica, and Jewel.

Their careers involve intense hours, but they've also offered a way to see the world. And then, last summer, all those long days on stadium loading docks paid off. They were each offered the gig of a lifetime with the Rolling Stones, working on the North American leg of the No Filter tour.

What they didn't realize is that their dream job was about to turn into a whole new kind of adventure.

When Nik and Lindsey packed their bags, they were total strangers. But eventually, they discovered that they were kindred spirits with similar travel styles, and became fast “adventure buddies” eager to make the most of every stop, no matter how underwhelming any given city might sound. Somewhere between a series of arenas, coffee shops and Indian buffets across America, they fell in love.

Nik and Lindsey are currently on a tour of a different sort. Just before Christmas, they booked a pair of one-way tickets to Europe to see where their mutual love of travel takes them. Before they took off, however, we caught up with them to learn more about life on a tour bus, and what it's like living your own back-stage meet cute when you're traveling with rock 'n' roll royalty.

It's Only Rock 'n Roll

Walking into High Brow Coffee + Tea in Franklin, Tennessee, it was easy to spot Nik and Lindsey. They both have a chill, bohemian aesthetic that stands out even in the rural suburbs of Music City, where it seems like everyone has a good hat and a music video on their resume. Since their twenties, both Nik and Lindsey have worked their way up in the hierarchy of backstage crews that make your favorite concerts come to life. It's not always an easy lifestyle though, even when you're used to the grind.

“This tour and this summer, it was one of a kind for sure. The band and meeting Lindsey and our adventures were just unreal,” says Nik. “I’ve been touring for thirteen years and there are cities I’ve been to twenty times. Even on bigger arena tours, you’re just never outside. You’re looking out the windows of the arena thinking ‘Oh, I’d love to be out there.’"

Lindsey nodded in agreement across the table, and explained, “I’ve been on the road sixteen years, and I started off in vans. You see the country during the day and then you pull into the venue at night and load in. Then you get to buses and you’re traveling overnight. You could have seven shows in a row, you could have two shows in a row. If you have an hour before doors open, that’s amazing. You don’t see much of the cities.”

But both found ways to squeeze adventure into their fast-paced schedules. On a recent tour with the Swedish rock band Ghost, for example, Nik pushed himself to wander instead of hanging around the hotel bar or ordering room service while vegging out after a long shift. When he came back from a day off, his coworkers would ask what he got into, they were often surprised at how much he found to do even in smaller cities.

"I found this coffee shop and this vegan spot and this bookstore!" says Nik, summarizing these post excursion recaps. It didn't matter that he was strolling at least a mile from the venue. "As you're walking, you might see something rad you had no idea was there."

It was that curiosity about even the most out-of-the-way destinations that would later draw him to Lindsey. But to even meet in the first place, they each had to get invited on tour with the Stones.

Nik and Lindsey both found out about the No Filter opportunity while on a break from other projects – and while they were on other sides of the Atlantic. Lindsey was in a romantic relationship and spending time at her home base in Nashville, Tennessee. Meanwhile, Nik had gone to Madrid to visit friends and wound up in Scandinavia working a tour with a metal band. Neither knew the other existed, or what was just around the corner.

Just as the tour reached Dusseldorf, Germany, Nik got another unexpected message from yet another old friend and coworker – one who was part of the merchandise team on the No Filter tour. Because the tour had been partially postponed after Mick Jagger needed a heart valve replacement that spring, some of the staffing arrangements had to be reconfigured. Nik's contact wanted to know if he was available for a specialized position selling merchandise within a VIP area for the artists’ family, friends, and special guests, as well as fellow bands and principles on tour.

“I almost turned it down,” says Nik. “I was living in this small village in Denmark and just really enjoying it, being out of the States for the first time for an extended period of time, I felt a good groove.”

But his friends knew this wasn't the kind of opportunity you say no to. “They told me they’d fire me if I didn’t go. This wasn’t even bucket list level. It was untouchable. It’s the Rolling Stones."

Lindsey had an easier time saying yes to the tour. She had been trying to get a wardrobe job for years, ever since a 2011 Metallica tour when she'd met a woman she hoped might be a mentor. “I had always made it pretty clear that if she needed someone in the dressing room, that it was my dream to work with her,” says Lindsey. “Last October I was sitting in my truck and I got an email from Foster that just said ‘Want to work?’ My heart stopped. It was happening.”

The experience started off promisingly. “There were about sixty some people on the road crew with us," says Lindsey. “Everyone was so beyond happy to be out there that everyone was smiling. We ended up being a family.” When there were a few minutes of downtime, she and her coworkers enjoyed backstage tea parties during which they put their phones away and read Mary Oliver poems out loud.

It didn't take long, however, for worlds to collide in that jovial atmosphere. Because merchandise and wardrobe overlapped backstage, the pair were thrown together almost immediately. “[Nik] was quite literally with us every day," says Lindsey. “So we saw each other a lot.”

It didn't take them long to realize they had similar approaches to life on tour, both taking every opportunity to see what different cities might have to offer. “I’ve had lovely adventure buddies on the road before, but he and I just clicked” says Lindsey of their early compatibility.

Even better, the way the Stones tour was structured gave the whole crew generous time off. Right when Nik and Lindsey met a buddy up for adventure, they actually had the time to explore in between shows. "It really afforded our ability to adventure," notes Lindsey. "The jobs were so beautiful, and having the adventure time...it was like we were living on the moon."

Here was someone who didn't mind throwing a few granola bars and a bottle of water in a backpack and heading out with little agenda. They might hit a coffee shop early in the day for breakfast and wind up at, say, the Jacksonville, Florida public library to check out maps from the 1500s on the barista's recommendation. If from there they ended up at a historic cemetery and wandering around until well past dark, so much the better. “It was just so gratifying to meet him," says Lindsey. "I found someone who likes to just keep going."

Eventually, Lindsey and Nik realized their friendship was something that could go the distance both romantically and beyond the scope of the Stones tour. After all, it was both their compatibility in travel and their understanding of the rigors of tour life when apart that makes this unique couple's relationship work.

"The biggest interview for our relationship was how we like to travel," says Lindsey. "I've never been with someone who liked to travel how I did. Who understood that it was ok if we didn't know what we were doing."

Earlier in the summer, when they first met and were exploring New York City, Nik and Linsey swapped some of the items on their bucket lists. Nik had long wanted to see the northern lights, for example, while Lindsey had hoped to see the Christmas markets in Germany.

After No Filter ended in August of 2019, they spent time apart when Nik got a seven-week job on tour with Ghost, though Lindsey was able to fly up to meet him for a quick fall road trip through New England. But they also had time to settle into a routine at Lindsey's home in Nashville as they counted down to their next big adventure – a trip to Europe to check off some of those bucket list items they talked about as they were getting to know one another.

"We found this airline called Level," says Lindsey of their trip, which they're documenting on a blog called Wanderlust Moon Duo. "So we got [one way tickets] from Newark to Paris Orly. Then we'll train it down to Werzberg." Beyond the New Year and a special surprise Nik had planned for Lindsey, however, they're keeping their trip open ended.

In contrast to the strict schedule and regimentation of tour life, they're looking forward to the playful possibilities of following friends' recommendations and last-minute invitations wherever they might lead. After all, it's that sort of serendipity that lead to them meeting one another in the first place. Only one things' for sure on this adventure – these rolling stones won't be gathering moss anytime soon. 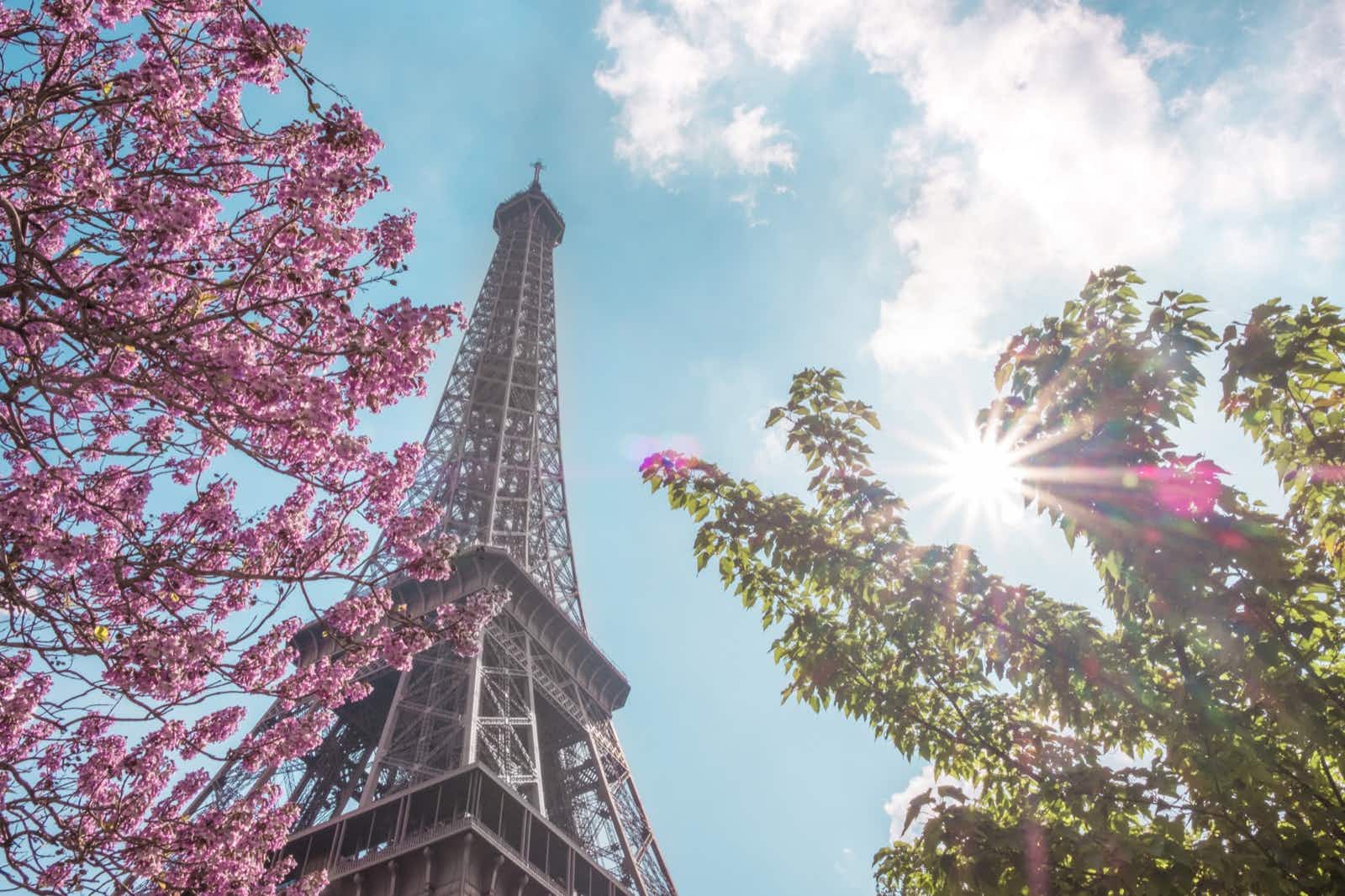 Top 10 things to do in Paris in spring 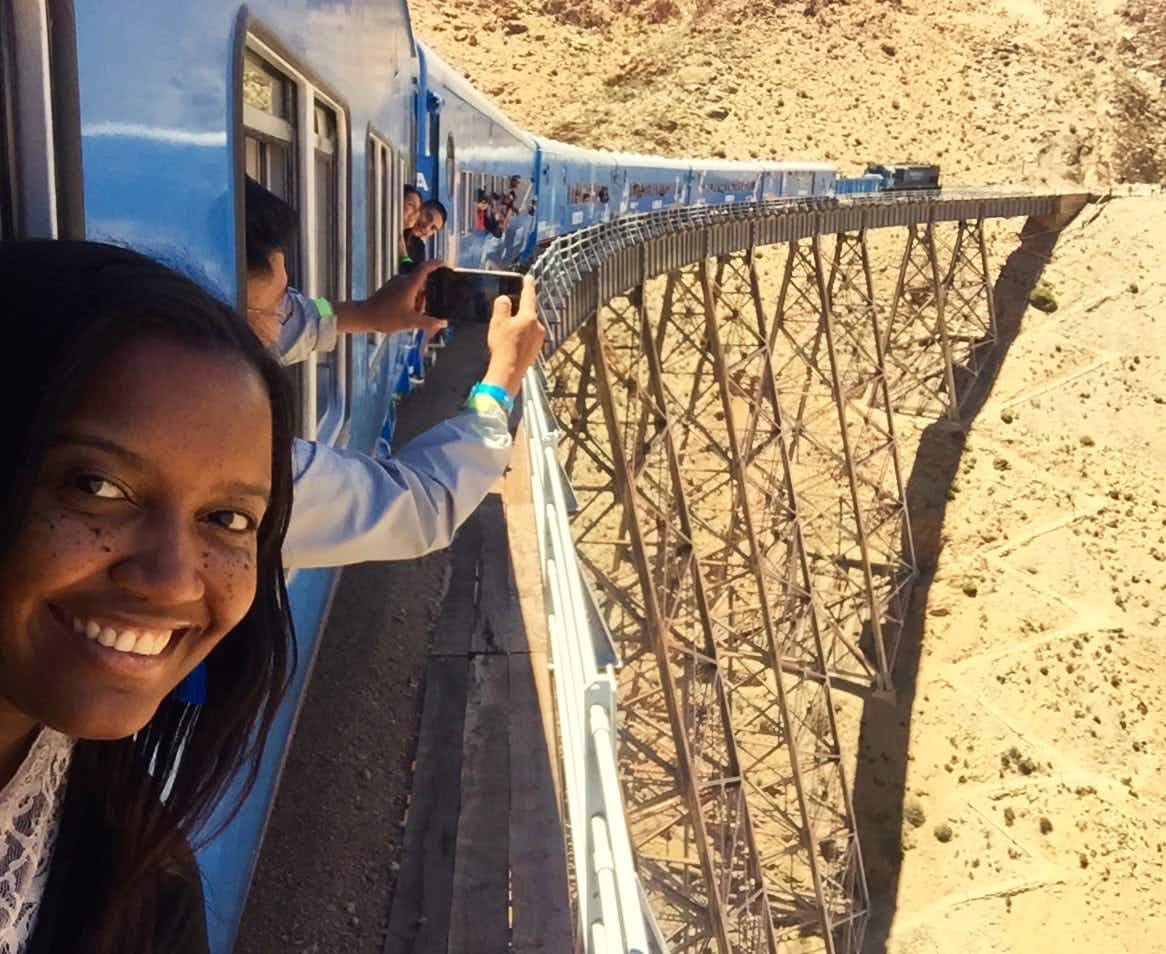