Vast stacks of sandstone loom over the arid valley of Wadi Musa like giant handfuls of sun-baked clay. But even in this parched landscape, there are places where the sun casts no light. Walls 200m high keep the Siq permanently cast in shadow – it’s as though the long, narrow canyon passes through the dark heart of the mountain itself. Utterly silent at dawn, there is not even a bird’s chirrup to accompany solitary footsteps along its patchwork floor of rock and sand.

Through a lightning-bolt shaped opening, Petra announces itself with deliberate drama. The vast facade of the Treasury, precisely carved into the soft sandstone, towers over the young Bedouin men, camels and stray cats that congregate at its base.

‘It is one of the most elegant remains of antiquity existing,’ the Swiss explorer Jean Louis Burckhardt wrote in his diary in 1812. When Burckhardt crossed Petra’s threshold, he was the first outsider to do so for more than 600 years – hidden by its natural fortifications, the city had remained obscure to the West since the time of the Crusades. Though known to local Bedouin tribes, they were reluctant to reveal its existence, justifiably fearing an influx of treasure hunters.

In Petra’s heyday, around the time of Christ, the city had been anything but anonymous. Home to some 30,000 people, whose survival in this desert landscape was maintained by a complex system of water management, it was the centre of a kingdom four times the size of modern Jordan. At its helm were the Nabataeans, a once-nomadic Arab tribe who had used their knowledge of the desert to amass vast wealth in the caravan trade, most lucratively that of frankincense and myrrh. The Treasury’s grand edifice was a statement of their wealth, sending a powerful message to weary traders emerging through the Siq, but was essentially an empty shell. Built as a tomb for a Nabataean king, its misnomer ‘the Treasury’ came from the belief that the urn carved into the centre of the second tier contained hidden gold. The vessel is pockmarked with bullet holes, evidence of past attempts to uncover the mythical bounty.

But the treasure Burckhardt sought was intellectual rather than mercenary; he moved to Aleppo in Syria, mastered Arabic, converted to Islam and took the name Sheikh Ibrahim bin Abdullah. A deep tan and full beard further obscured the 27 year old’s ethnicity, and he became a master of disguise, adopting local customs and testing his alias among the Bedouin.

When, travelling south to Cairo, he heard rumour of ruins hidden among the mountains of Wadi Musa, he was quick to devise a ruse: ‘I pretended to have made a vow to have slaughtered a goat in honour of Haroun (Aaron), whose tomb I knew was situated in the extremity of the valley,’ he wrote, ‘and by this stratagem I thought that I should have the means of seeing the valley on the way to the tomb.’

His plan worked. Upon entering the city he was barely able to conceal his wonder from his guide. As the two made their way deeper into the valley, Burckhardt was gobsmacked by the sight of countless tombs and the great amphitheatre carved into the rock. He couldn’t resist scrambling up to explore. Then, as now, these caves were utterly bare; unadorned but for the veins of colour striped through the rock like a sort of natural wallpaper. Having surprised his guide with his incursions, Burckhardt was hurried to the city’s parched core, the Colonnaded Street and the temple of Qasr Al Bint. His attempt to wander the ruins of the latter was the final straw. ‘I see now clearly that you are an infidel!’ his guide exclaimed. Fearing that further aggravation might lead to the discovery of his own most treasured possession, his diary, Burckhardt dared venture no further.

Away from Petra’s tourist trail

Few tourists venture beyond Petra’s main sites, and with every step away from the city we are more alone – until there isn’t a single other person in sight. If the stretch from the Treasury to Qasr Al Bint is Petra’s high street, these outlying hills are the city’s suburbs.

Though the weather-worn rockface is still peppered with ancient dwellings and sepulchres, many are more modest. Some grander efforts lie unfinished – vestiges of an urban sprawl that came to an abrupt halt – and with these edifices it is possible to see the Nabataean technique of carving from top to bottom. Ascending further into the hills, we come across what must be one of the last tombs still used as a Bedouin family home. Small but ornate, its dark entrance-way has been filled with a solid door, and there’s a garden of plants and fruit trees. With the sun directly above us in the sky, we reach Haroun’s Terrace. From here, a small white mosque is visible. This is Jebel Haroun, thought to be biblical Mount Hor, where Moses’ brother Aaron (Haroun to Muslims) is buried – a sacred place for both Christians and Muslims.

The style displayed in Petra was a hodgepodge of influences absorbed along their trading routes: Egyptian, Assyrian, Hellenistic, Mesopotamian and Roman imagery injected with their own creative flourishes. Nowhere is the scale of their ambition more apparent than at Petra’s biggest monument, the Monastery, carved deep into the mountainside. It is easy to imagine the hours of chiselling and carving that went into its creation. Even reaching the Monastery requires work – it sits at the top of an 800-step rock-cut path, following the route trod by the faithful when this was a place of worship.

The Monastery’s name is misleading – built in the 3rd century BC as a tomb, it was probably later used as a temple. Crosses etched into the internal walls show that the Byzantines used it as a church – Petra is a place that has borne witness to the rise and fall of one civilisation after another. In Indiana Jones and the Last Crusade, the fictional doctor’s quest for the Holy Grail led him to Petra.

Burckhardt didn’t even make it as far as the Monastery. Though a letter back to his colleagues reporting his discovery caused wild excitement, he never got to enjoy a moment of his fame. He lived out the rest of his life travelling the Middle East and Africa as Sheikh Ibrahim bin Abdullah, before dying from dysentery in 1817, at the age of just 32. In the two centuries that followed, countless others – explorers, scholars and the simply curious – have followed in his wake, but still Petra remains a place full of untold secrets.

This is an excerpt from a longer feature by Orla Thomas, first published in Lonely Planet Traveller magazine, where she is features editor. 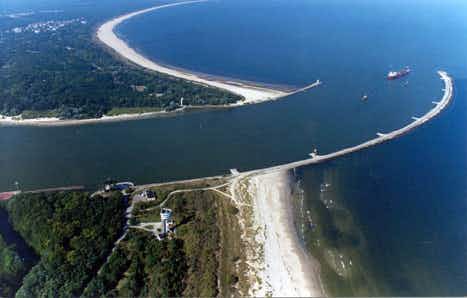 Forget the Med: five stunning stretches of coast in northern… 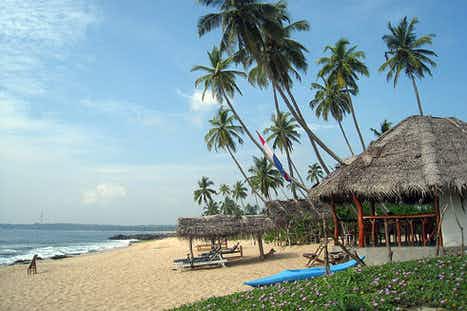