Cycle through Italy, Slovenia, and Croatia on the historic Parenzana Trail

In 1902 during the reign of the Austro-Hungarian Empire, a new rail line was opened that wound its way from the Italian port city of Trieste down a small stretch of what is now Slovenia to the seaside town of Poreč in today's Croatia. The railway provided an important commercial link in this corner of the North Adriatic, transporting coal, salt, olives, wine and fruit but also passengers and mail, as well as soldiers and supplies during World War I.

Today, its former track has been converted into a 123-kilometre-long walking trail and cycling path that unites the three countries sharing the geographic peninsula of Istria, and the Parenzana Trail is both a scenic treat and a trip back in time rolled into one.

Cycling or walking the Parenzana Trail is a fantastic way to explore Istria's varied landscapes while tracing its fascinating cultural and socio-economic history. It takes cyclists and ramblers through pitch-dark railway tunnels and across century-old viaducts, past bucolic murals of rolling hills, vineyards and olive groves, and through dense forests. It climbs to medieval hilltop towns transformed by the railway into flourishing market hubs, which eventually became almost uninhabited ghost towns after it was discontinued in 1935.

Along the way you may spot a farmer tending sheep, meet hunters and their dogs scavenging for truffles, and have the chance to sample the exceptional wine and olive oil produced from two of the main fruits of the land the railway once transported.

The Parenzana Trail also offers a whistle stop tour of cultural, architectural and natural attractions, along with a few leftover relics of the erstwhile railway. Here's what you can expect as you travel from Trieste on down the line:

Along Slovenia's coastline to Izola

Though trains on the Parenzana railway would start and end at Campo Marzio station (today a railway museum that closed for renovations in 2017), the 12-kilometre stretch from Trieste to Muggia is the only section that hasn't been converted into a trail. It's at the source of the Ospo River in Muggia that the marked Parenzana Trail begins, and after only two kilometres along a forest path, crosses into Slovenia.

Much of the 32 kilometres the trail covers in Slovenia is paved and mostly flat, making this portion ideal for cycling. Rest areas and lookout points along the way are an invitation to pause, while information panels share interesting insights into the former narrow gauge railway.

Sheltered in a glass pavilion just outside the charming seaside city of Izola is the railway's original steam-powered locomotive. Weighing over 28 tonnes, the 300 horsepower locomotive held three cubic metres of water and two cubic metres of coal. Trains would make pit stops at eight water stations to refill the reservoir before continuing on the way. Railway buffs will appreciate a short detour to the Parenzana Museum in the city centre for a look at the historical photographs and model trains on display.

From Izola the trail leaves the Slovenian coastline behind and climbs steadily upwards to the hills of Jagodje, passing through a rustic landscape of vineyards and olive groves overlooking picturesque Izola and the glistening Adriatic below. Once through the 550-metre-long Valeta tunnel (the trail's longest), the track passes above Portorož, a seaside spa resort town developed at the beginning of the 20th century.

As it descends again, the canvas of a completely different landscape appears: a vast area of wetlands bordering the sea, neatly divided into rectangular waterlogged reservoirs. These are the salt pans of Sečovlje, the northernmost in the Mediterranean, where salt has been produced since the 13th century.

In buildings that once housed salt workers, you can explore the history of this trade at the Museum of Salt Making. The adjacent Salina Nature Park is home to many species of birds attracted to the wetlands' distinct ecosystem. Those looking for a wellness break can check into the Lepa Vida Thalasso Spa, an on-site open air retreat offering healing treatments using salt, mud and brine harvested here.

Halt in hilltop Grožnjan, the village of art and music

After passport control at the Croatian border, the Parenzana Trail begins its 78-kilometre stretch through Croatia with an abrupt climb. Once past the town of Buje looming on a hilltop to the west, and with the most challenging section of the trail behind them, cyclists can enjoy an even and steady ride across shrubland towards Grožnjan, the highest point of the trail at 293 metres. The most scenic section of the Parenzana Trail begins here at this stunning hilltop town framed by undulating hills planted with olive trees, with a sliver of the sea visible to the west.

This compact town of cobblestone lanes and exquisitely restored stone houses has an enchanting atmosphere. Deserted by its Italian-speaking inhabitants after World War II (when Istria changed hands from Italy to the former Yugoslavia), Grožnjan was gradually taken over during the mid-60s by artists who rebuilt the centuries-old buildings of crumbling stone and transformed them into art galleries and studios.

In 1969 Jeunesses Musicales International opened a cultural centre here and launched an annual music summer school. As you browse the art galleries and small boutiques peddling pottery, artworks and handmade jewelery, you may hear the lilting sounds of the piano or cello, signaling rehearsals are in progress.

Leaving Grožnjan, the gravel track descends between neat rows of mature olive groves, with breathtaking views of the rolling hills of central Istria and the Mirna river valley stretching below. The best place to take in this exceptional vista is from the terrace of B10 Istrian Fusion's oleoteca, an olive oil tasting room located just off the trail before you reach Kostanjica.

The high-quality extra virgin olive oil produced here by the Galić family is all the more reason to pause for a break. Istria has been named the world's best olive oil region for the past five years by Flos Olei, a guide to the world's top olive oils. This is a chance to sample the family's award-winning First Night olive oil pressed from Istrian and Italian olive varieties, while learning about olive oil production in Istria.

Related content: This secret Italian village has the most charming olive oil harvest

Istria: the heart of Croatia

Explore the treasures of Završje and Oprtalj

The next halt on the railway was tiny Završje perched on a hillside at 240 metres. Once a bustling market town, it steadily declined once the commercial link the railway provided was severed. An old world atmosphere lingers and it's a delight to explore its cobblestone lanes and old churches.

As part of an EU restoration project, the old school has been renovated and informational signs in three languages provide interesting insights on the town's architectural highlights. At its highest point stands the 16th century Church of the Blessed Virgin Mary, whose bell tower appears to be leaning, while its interior shelters one of Istria's oldest pipe organs dating to 1740. Another of its treasures was a 15th century chalice sold to the Musée du Louvre to finance construction of a new church.

The sign marking where Oprtalj station once stood reveals that this section of the railway was a hazardous one with many sharp bends. In May 1923, a train operator went over the 10-km-per-hour speed limit and lost his life here. It's a steep but rewarding 3-km hike uphill to the medieval town, yet another dazzling hilltop beauty.

At the main gate, visitors are drawn to the handsome loggia whose arched windows frame the panoramic views over the scenic valley. Many of the stone houses still stand derelict and abandoned while majestic Venetian-style palazzos crumble behind stone gateways. Don't leave without a peek inside the churches of St Rocco and St Mary whose walls are covered in vibrant frescoes dating to the 16th century.

Truffle-hunting and wine tasting in Motovun

After a long descent to Livade, the Parenzana Trail commences a semi-circular route through dense forests, circumnavigating Motovun, Istria's most photographed hill town. Growing among the tree roots here are black and white truffles, highly-prized delicacies that can only be unearthed by specially-trained dogs. Make a stop at Miro Tartufi to take part in a hunt with proprietor Miro Kotiga and watch his hounds Bela and Nera show off their truffle-hunting prowess.

In the meantime, Miro's wife Mirjana cooks up local dishes of fresh pasta, scrambled eggs, homemade cheese, and even chocolate cake infused with this expensive tuber. Once you're stuffed with truffles, head to Roxanich Winery & Heritage Hotel for a tour of their cavernous wine cellars and an expert-led tasting of their quality vintages and sparkling wines.

The flavours of the Croatian coast

End of the line: Poreč and its Euphrasian Basilica

From Motovun the Parenzana Trail winds westwards towards seaside Poreč where it ends at the former station, the biggest on the line. The most outstanding architectural marvel in Poreč's historical old town is the Euphrasian Basilica, a UNESCO World Heritage Site. Built in 553, this is an exceptional example of Byzantine architecture with exquisitely preserved wall mosaics of gold leaf decorating its apse, and intricate floor mosaics.

Once the Parenzana train reached Poreč, goods were unloaded and transported to the port and then transferred onto steamers, perhaps making a stop in Venice just across the Adriatic Sea. When the railway was discontinued by Mussolini in 1935, it was dismantled and the components were loaded onto a ship to Ethiopia. The ship sunk on the way, and the old railway found its final stop on the bottom of the Mediterranean Sea. 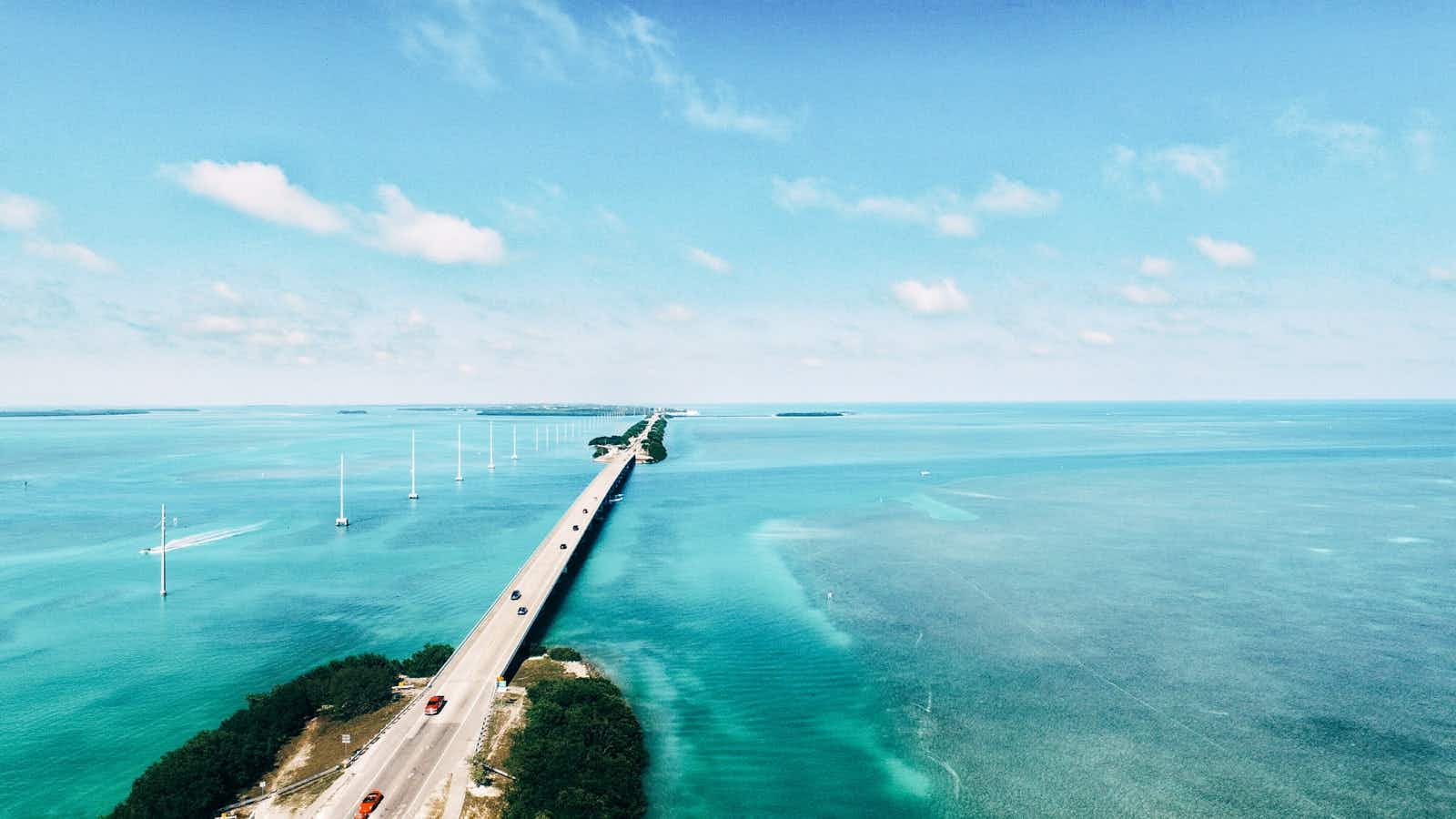 Eco-friendly adventures in the Florida Keys 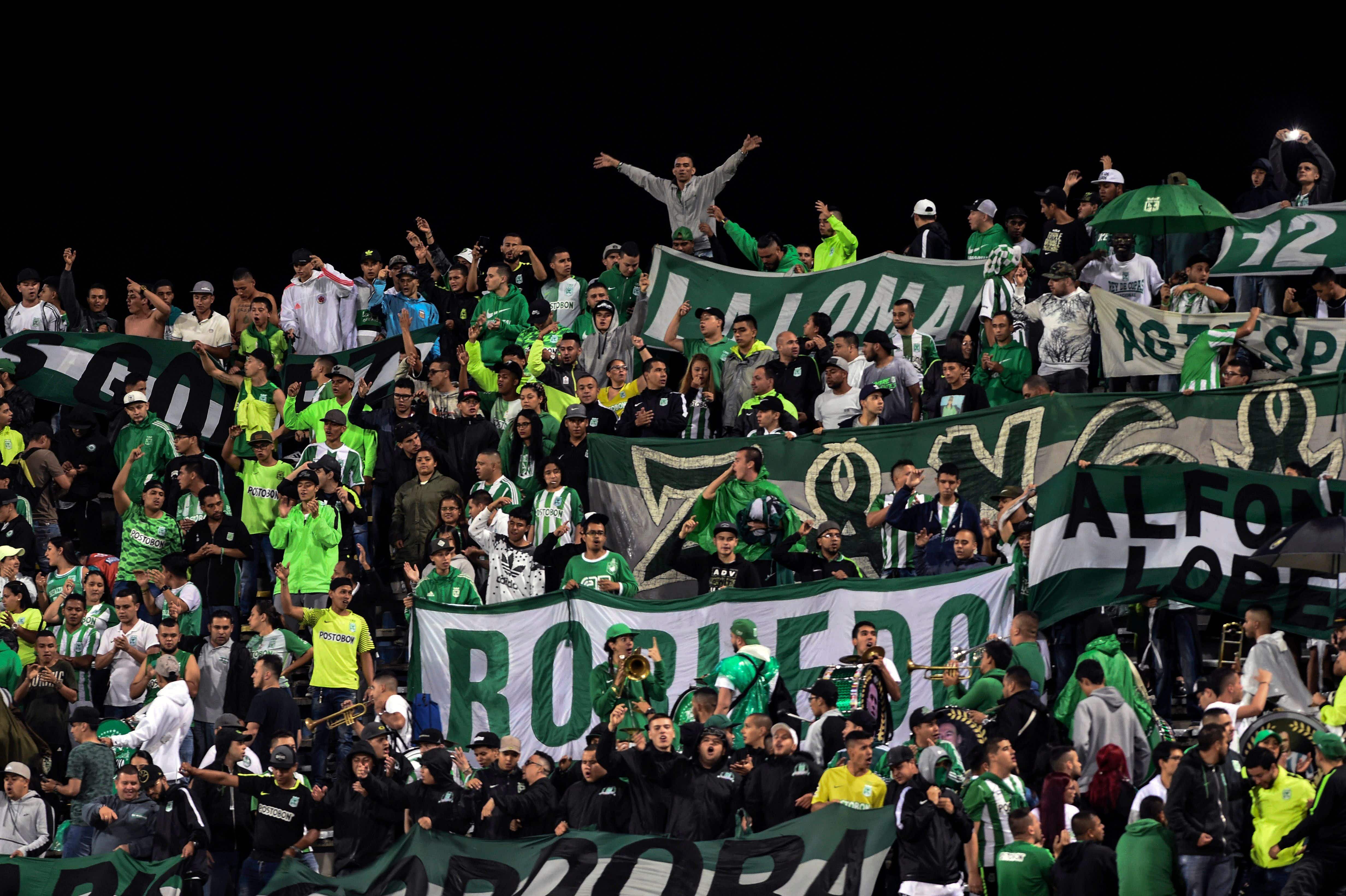 How a soccer game in Medellin introduced me to Colombian…