Whether you want to go hunting for prized black truffles or to enjoy the gourmet fungus in risottos, pastas and omelettes, the perfect place to do it is in Istria, Croatia.

The truffle trade is less like a business than a highly profitable cult, revolving around an expensive, malodorous, subterranean fungus which is picked in dark woods and sold for a small fortune. Devotees claim that once you've tasted this small, nut-shaped delicacy, all other flavours seem insipid.

There are 70 sorts of truffles in the world, of which 34 come from Europe. The traditional truffle-producing countries are Italy, France and Spain, but Istrian forests boast three sorts of black truffles as well as the big white truffle (one of the most prized in the world, at 34,000KN per kilo).

Croatia's largest exporter of Istrian truffles is Zigante Tartufi. In 1999 the company's owner Giancarlo Zigante, along with his dog Diana, found the world's largest truffle in Istria, weighing 1.31kg and making it into the Guinness Book of World Records. 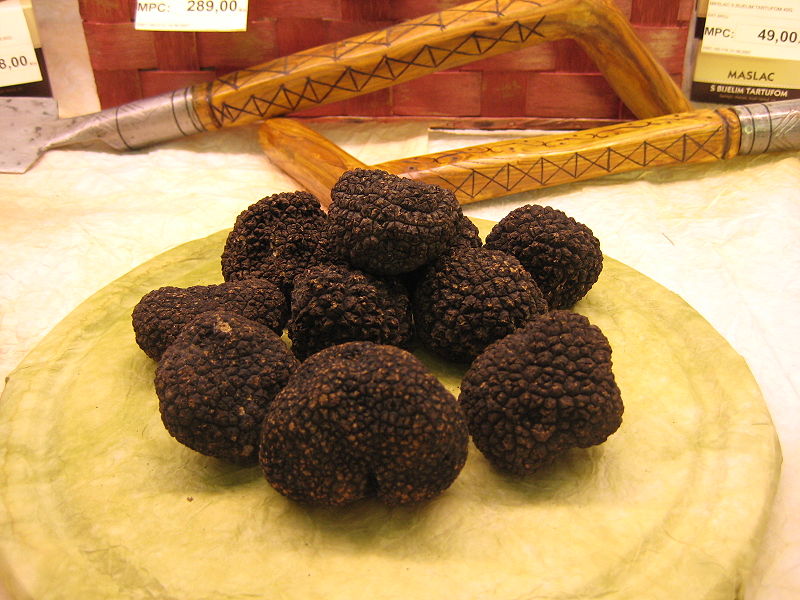 Because no sign of the truffle appears above ground, no human can spot it, so dogs (or, traditionally, pigs) are the key to a successful truffle hunt. Istrian truffle-hunting dogs (breks) may be mongrels, but they are highly trained. Puppies begin their training at two months, but only about 20% of them go on to have fully fledged careers as truffle trackers.

The truffle-hunting season starts in October and continues for three months, during which time at least 3000 people and 9000-12,000 dogs wander around the damp Motovun forests. The epicentre of the truffle-growing region is the town of Buzet.

How to experience truffles in Croatia:

If you want to experience truffle-hunting, contact the friendly Karlić family, who can arrange such a trip; request a tour in English ahead of time. The tour includes a story about truffles, cheese and truffle tasting, and then a hunt in the forest that lasts up to two hours.

Eat them! Try these restaurants:

Culinary innovation is part of the deal at this elegant restaurant by the water. You can't go wrong with the set menus, but the fish fillet with asparagus and black truffles is a sumptuous experience.

Just steps from Titov Trg, this restaurant has a terrace overlooking the sea, good food and a loyal following of locals. The fuži (hand-rolled pasta) with truffles is a measly 80KN, which is a bargain considering the expense of truffle-hunting.

It dishes out copious portions of fuži with game, ombolo (boneless pork loin) with cabbage, and a variety of truffle dishes in a cosy tavern.

This is the place to try truffles in the old town. For a splurge, order a slow-food truffle menu of six courses (645KN for two). It even has ice cream with olive oil and truffles! The classy place has views of the valley below.

If food and travel are your passions, then be sure to sample the many tasty offerings served up by the new Lonely Planet book A Moveable Feast, a 38-course meal of food tales from around the world. You can find out more about truffles in Andrew Zimmern's chapter, Like Father Like Son.