Whether it be whispered pillow talk in darkened dorms or frenetic story swapping in communal kitchens, hostels are an essential port of call for the solo traveller in search of company. But forget those fears of beige walls and tired bedspreads – budget digs don’t have to be bland.

To coincide with the release of the Solo Travel Handbook, we’ve compiled a shortlist of Europe’s more idiosyncratic hostels, proving that the humble need not be humdrum.

Prompting romantic notions of plumes of steam, decadent dining carts and swaying chandeliers, the vintage Glenfinnan Sleeping Car offers budget travellers a slice of the golden era of train travel – even if it isn’t technically moving.

Parked permanently outside the Victorian-era Glenfinnan Station Museum, in the hills of the western Scottish Highlands, the 1958 rail coach has been converted into a slim-lined bunkhouse, complete with bathroom, living area and a selection of snug sleeping compartments capable of accommodating up to 10 ‘passengers’.

A former military prison built by the Austro-Hungarian Army, today Hostel Celica is one of Ljubljana’s trendiest guest houses, which adds character to its contemporary façade by showcasing the scars from its sinister past.

Guests sleep in renovated cell blocks – complete with original barred windows – and can visit the eerie solitary confinement chambers (now a museum) to gain an insight into living conditions during the building’s previous incarnation. Modern additions include the opulent Oriental Café and eclectic on-site Srečišče Art Gallery; all of which aid the hostel’s goal of fostering friendship in an establishment initially built to divide.

For travellers routinely left aghast at the sight of yet another cramped city-centre apartment converted into a dingy dormitory, former shepherd’s bothy YHA Black Sail will come as a breath of fresh air.

Accessible only by a meandering six-mile footpath, this stone-walled mountain hut stands alone in a pristine Cumbrian valley. Having undergone extensive renovation work in 2013, the hostel now boasts 16 bunks, a homely kitchen – with well-stocked beer fridge – and some of the most tranquil scenery ever spied from a dorm bed.

With rooms excavated into the rock face, echoing the traditional style of Gran Canaria’s indigenous Guanches population, El Warung Cave Hostel promises a memorable slumber for budget travellers with a penchant for the primordial.

Far from a gimmick, the composition of the hostel’s rooms makes them isothermal, providing a toasty constant temperature of 18 to 20°C all year round. Its high-altitude village setting meanwhile guarantees solitude – a difficult feat on this ever-popular island – with vistas of the region’s cloud-snagging mountain peaks and a wealth of walking trails available right outside the door.

The most highly classified nuclear fallout shelter in the Czech city of Brno underwent a transfiguration in 2015, blossoming from an eerie wartime relic into one of the city’s coolest accommodation options and avant-garde art spaces.

Visitors who wander 10-Z Bunker’s 500m of tunnels today will still spot the atmospheric white-bricked walls and Soviet-era furnishings, but also notice an artistic smattering of 21st-century touches, most notably the Milk Bar live music venue; from here the sounds of jazz routinely reverberate through the darkened tunnels that once echoed with bomb blasts.

Many visitors to the Dutch capital have found their hostel room swaying after a night on the town, but for budding sea dogs who spend a night at Intersail – a self-proclaimed ‘bostel’ – it is not the result of any illicit substance.

Bobbing in the calm waters of the Oosterdock, on the outskirts of Amsterdam-Centrum, guests who climb aboard this former sailboat will curl up in cosy sleeping quarters before rising to an on-board buffet breakfast. Those suffering from cabin fever will find relief up on deck, where a breezy sun terrace offers an ideal environment to bond with fellow shipmates.

While the sight of a perfectly cylindrical building stood atop a lonely, fog-doused hill may strike a supernatural tone, the Gyreum Ecolodge was designed to deepen guests’ connection to the natural world.

Located in a remote region of County Sligo, Ireland visitors here opt to sleep in capsule beds – built around a warming indoor fire pit – wash in rainwater showers and feast upon locally-sourced organic grub. Yet despite the hostel’s earthly ethos the biggest attraction for most are the night-time views of the Milky Way, coruscating against an unblemished black sky.

While staff clad in bulletproof vests and authentic bomb-shelter beds may not be indicative of a successful hostel stay, there’s more to gain from a stint at Sarajevo’s War Hostel than a good night’s sleep.

Operated by a family who survived the Bosnian War, which ravaged Sarajevo during the early 90s, this guesthouse-cum-historical simulation provides an enlightening insight into the horrors of wartime living conditions. Serving as a warning against the scarring effects of conflict, expect bullet-bespattered interiors and bathing by candlelight; as the website states: ‘if you expect luxury, please do not come here.’

Always fantasised about flying first class but restrained by finances? Jumbo Stay grants even the tightest of travellers the chance to bed down in comfort aboard a Boeing 747.

Situated in the grounds of Stockholm Arlanda Airport, Jumbo Stay offers a selection of sleek accommodation within the shell of a decommissioned jetliner. Options range from shared dorms to a luxury suite located in the cockpit; though the general lack of engines may stop any lofty ambitions of joining the Mile High Club from getting off the ground.

Stylishly shattering the perception of hostels as cold, bare-walled boxes, the Babushka Grand Hostel, in central Odessa, is perfect for those who want a little grandeur from their budget guesthouse.

Housed within a 200-year-old townhouse and styled after the palace of an 18th-century Odessa aristocrat, guests at this hostel can expect high gilded ceilings, fraying antique rugs and sparkling chandeliers, plus arguably the world’s cheapest segue into gentry life, however fleeting it might be. 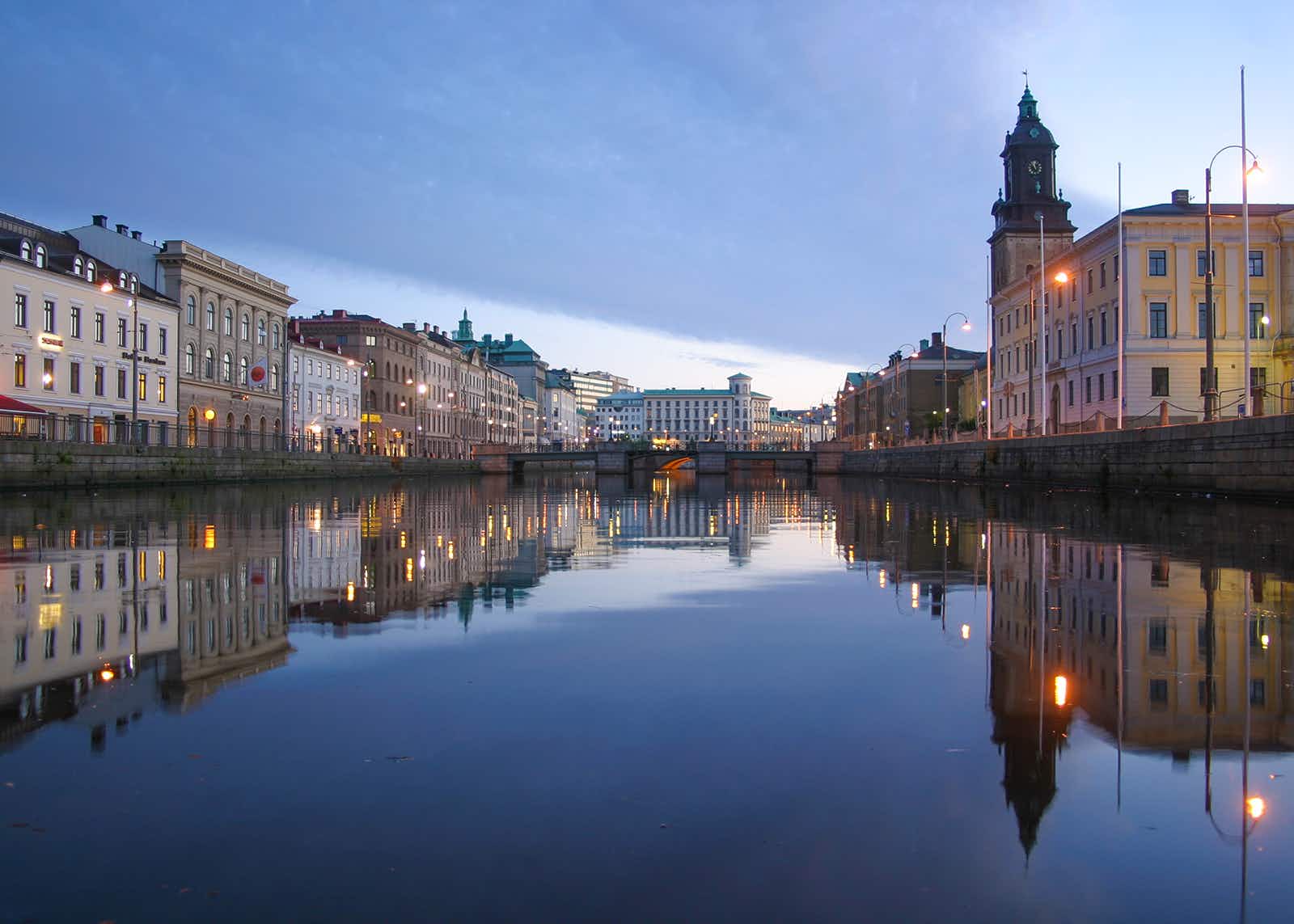