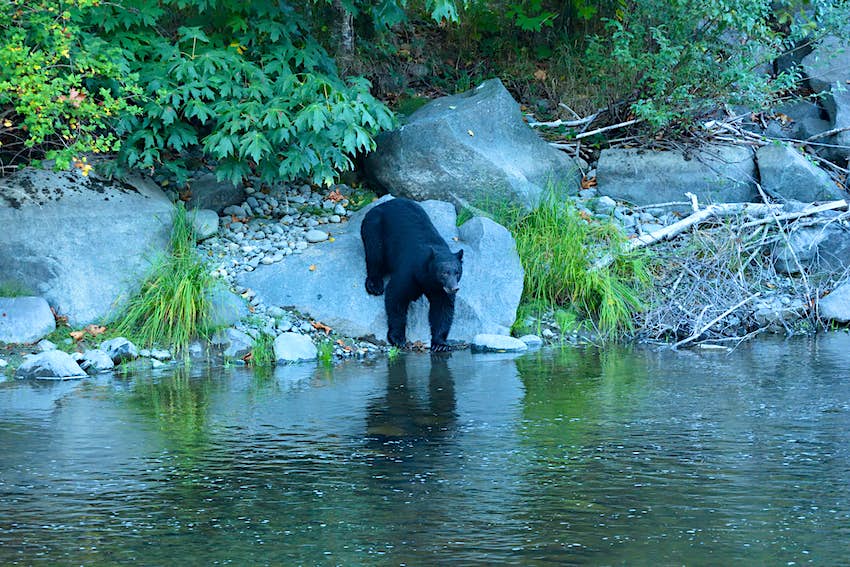 Spanning six time zones, three oceans and the world's longest coastline (at 125,567 miles), Canada is one heck of a big country, and it’s filled to the brim with some of the most epic wildlife adventures you’re ever likely to experience. Nature gives you a giant bear hug the minute you go beyond the cities and into the land of the boreal forests, alpine hideaways or to its remote coast. Be it singing with belugas or seeking out spirit bears, there’s never been a better time to tune into Canada’s wilderness.

Where: Churchill, Manitoba
When: July to November

The ‘Polar Bear Capital of the World’ is Churchill’s nickname, and with good reason. Nowhere on Earth are the odds of glimpsing one of nature’s mightiest beasts higher, with sightings pretty much guaranteed. Mellower in summer, these cuddly-looking predators can be spotted chilling on the tundra during safari tours run by a raft of local operators. But the colder days of October and November are really prime time, as this is when the polar bears traipse back from their summer habitat to Hudson Bay as the pack ice begins to form. When it freezes over, it becomes their winter seal-hunting ground. Operating out of their remote, coastal eco lodge, Churchill Wild gets ever closer to the bears on walking tours that will have you burning up the pixels in your digital camera.

Where: Campbell River, Vancouver Island
When: late July to October

It’s the summer rush hour on the Campbell River on Vancouver Island, and the water is bumper to bumper with pink, coho, chinook and sockeye salmon, as thousands dash upstream to their spawning ground. Swimming with them is the ultimate thrill. Kitted out in a mask, neoprene suit and flippers, simply let yourself trust the current of this fast-flowing, bitterly cold river to carry you along, eyeballing some of the world's biggest salmon as they flash past like silver darts. If you’d rather go with a group than go it alone, Destiny River runs salmon snorkeling adventures.

Watch a colony of puffins hang out

Where: Cape Breton, Nova Scotia
When: early May to late August

Watching a puffin take flight is comedy gold. These dinky, white-bellied clowns of the seabird world must flap their wings up to 400 times per minute to become airborne, an image so odd it’s as though they’ve had the wrong batteries inserted. Whether bobbing in the Atlantic or hanging out on rocky headlands and swooping down to thrashing ocean, they receive top billing on Cape Breton Island boat tours in summer. Dangling off Nova Scotia's east coast, this rugged green island is wildlife nirvana, home to bald eagles, kittiwakes, black guillemots, grey seals, leatherback turtles, white-sided dolphins and, from May to October, pods of minke, fin, humpback and pilot whales.

Get close (but not too close) to grizzlies

Where: Banff and Jasper National Parks, Alberta
When: May to October

Where would Canada – not to mention bedtime stories – be without the grizzly bear? The country’s most iconic animal is a fearsome, wholly fascinating predator: both powerful and playful in equal measure. Seeing them is the icing on the cake of a visit to Banff and Jasper National Parks, the rugged heart of the Rocky Mountains, with their dark, glaciated peaks, impenetrable spruce forest and turquoise lakes.  Up your chances of a sighting by joining Discover Banff Tours on one of their 10-hour grizzly tours, taking in a grizzly refuge, where the chances of spotting a walloping great bear plodding through the wilderness are excellent.

Where: Churchill, Hudson Bay, Manitoba
When: June to August

Few experiences are as utterly entrancing as getting within a hair's breadth of ghost-white belugas in Hudson Bay, Churchill, but you might want to brush up your singing first. Dubbed 'sea canaries' because of their cheerful high-pitched chirps, clicks and squeaks, these wonderfully curious creatures rock up in the thousands when the pack ice breaks in summer. They often hover within a foot or two of boats to serenade and converse. Sea North Tours and Lazy Bear Lodge both run terrific whale-watching tours in Zodiac boats. Look out for polar bears, too, which can be spotted swimming ashore as the pack ice melts in summer.

Where: Newfoundland and Labrador, Quebec
When: autumn; late winter

Seeing Canada’s caribou migrate en masse from the Labrador Sea to James Bay in Quebec is quite something. A relative of the reindeer, these magnificent antlered creatures migrate from northern Quebec and Labrador in the autumn to Western Labrador and Eastern Quebec, before making the long journey back again in late winter to their calving grounds in the barren northern extremities of the provinces. Woodland caribou and moose are nearly always spotted in abundance on Caribou Adventure Tours, based in Lewisporte, Newfoundland.

Seek out the spirit bear

Where: Great Bear Rainforest, British Columbia
When: August to October

Everyone loves grizzles and black bears, but in the Great Bear Rainforest in British Columbia, the eyes are on an even greater prize – the elusive kermode or spirit bear. It’s a rare species of black bear that appears white because of a double-recessive gene. An important character in First Nations legends, the spirit bear is almost exclusively found in the moss-swathed depths of the largest coastal temperate rainforest in the world – an isolated expanse of mighty cedars and spruces, fjords and glacier-capped mountains. Canada’s spirit bear might be the Holy Grail for many a wildlife spotter, but they are not alone in these woods, which they share with grey wolves and – on the coast – humpbacks and sea otters.

Marvel at the sheer size of wood bison

Where: Wood Buffalo National Park
When: June to September

Sitting astride the remote Alberta–Northwest Territories border, Wood Buffalo is Canada’s biggest national park and the second largest in the world. Bisected by the immense Peace–Athabasca Delta, these taiga forests and wild grasslands, which seemingly roll to infinity, are the stomping ground of thousands of rare, free-roaming wood bison – not to mention wolves and migratory whooping cranes, moose, caribou, bears and lynx. Strike out on foot on one of the hiking trails or, to notch up the adventure, canoe a stretch of the Peace River, keeping an eye out for herds of bison.

Where: Narcisse Snake Pits, Manitoba
When: late April to early May; early September

Take a moose safari at dawn

Where: Forêt Montmorency, Quebec
When: September to early November

So goofy and oafish they almost don’t look real, Canada’s moose are like a cartoon animal come to life, with their spindly legs, bulbous muzzle and whopping antlers. For a better idea of how enormous they really are, head out on a dusk or dawn moose safari in the Forêt Montmorency, a massive and insanely beautiful sweep of boreal forest 70km north of Québec City. Primetime for would-be moose spotters is during rutting season (late September to mid-October), when the moose do their darnedest to impress the females with displays of antler-clashing bravado. Sharing their wild backyard are timber wolves, black bears, beavers, otters, porcupines, foxes and 140 species of bird. 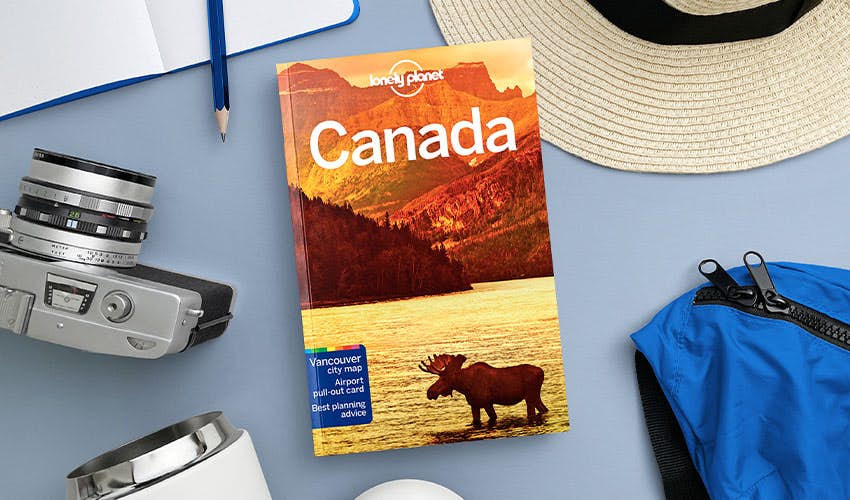 Get to the heart of Canada with Lonely Planet's travel guide

Lonely Planet’s Canada is our most comprehensive guide that covers all the country has to offer. Ideal for travelers that are visiting for an extended time and want to tailor their own trip. Hike the Rockies, marvel at the Northern Lights and indulge in Montreal's café culture – all with your trusted travel companion.

Get to know Greece with these 12 essential places to visit

The 6 best day trips from Melbourne without a car

It's easy to get a visa for Maldives - here's how

5 min read • Published about 22 hours ago