Canadians know how to throw a party. An annual calendar laced with festivals and holidays has given them plenty of practice for the Big One – the country’s sesquicentennial. With 150 years under its belt as a nation, Canadians are already planning some of the biggest July 1st Canada Day celebrations the country has ever seen.

The coming year is filling with warm-up events as impatient revellers begin the countdown. If you’re thinking of visiting the True North Strong & Free, this is the perfect year to do it – and here’s a peek at the best birthday festivities.

Not surprisingly, the nation’s capital is leading the way in party planning. With an online countdown to the very second Canada turns 150, Ottawa has a whole year of events planned including world skating competitions down the Rideau Canal, fiery pop-up stunts in public spaces, an enormous picnic on a grass-covered Alexandra Bridge and a long list of wine, food and rural fair experiences. All of this culminates on July 1st at Parliament Hill for the nation’s biggest birthday bash, with flyovers by the Snowbirds, Canada’s air demonstration squad, a giant street party and free concerts and events, many to be held in the new cultural village being built out of sea containers on York Street. There are even rumors that the Queen may attend. For the full scoop, see the event website (ottawa2017.ca).

As the birthplace of Confederation, Charlottetown always celebrates Canada Day in a big way, and for 2017 they’ll be cranking it up a notch. A ten-hour concert will showcase Prince Edward Island’s musical talent with everything from jazz to fiddles to rock. Visitors are sure to join in the fun – it’ll be hard to miss the roaring 21-gun salute or the giant birthday cake. The city’s harbor will also be a guest port in a trans-Atlantic 150th Celebration Regatta, bringing around forty traditional tall ships for you to hop aboard, along with a waterfront cultural festival spotlighting seafaring from around the time of Canada’s birth. You can be certain that even at the height of the party, that unhurried island vibe will still shine through, proving that in Charlottetown, you really can have your cake and eat it too.

3. National parks and sites: get choosy

Fancy staring out over the glassy, blue waters of Lake Louise? How about experiencing 18th-century French-Canada at the Fortress of Louisbourg or chilling with moose in Newfoundland’s Gros Morne National Park? In celebration of the sesquicentennial, Parks Canada (pc.gc.ca) is throwing open the doors to all of its national parks and heritage sites, offering free entrance for all of 2017. With 47 parks and 168 historic sites to choose from, who wouldn’t feel like celebrating?

While music has always been a big part of Canadian tradition, this is the year to really keep your ears open. Linking orchestras across the nation, the Toronto Symphony has initiated a musical mosaic that will bring to life some of the country’s long forgotten heritage composers, as well as commissioning new pieces that celebrate Canada’s eclectic musical traditions. Nearly forty orchestras from Vancouver Island to Newfoundland will be choosing a composer and writing a score – nicknamed a ‘sesquie’ – to be performed and broadcast across the nation. Pieces rooted in French, English, Native, folk, pop and jazz traditions will echo across the land, as well as compositions that celebrate what it means to be Canadian, like a piece honoring the first responders to the Fort McMurray fires. While there will undoubtedly be plenty to keep you musically nourished on July 1st in Toronto, tune into events and performances throughout the year and across the country at the Toronto Symphony website (tso.ca/canadamosaic).

5. Vancouver: the drum is calling

Wedged between towering mountains and a glistening ocean, Vancouver revels in its uniqueness and each year kicks up its Birkenstocked heels for the biggest Canada Day celebration outside the nation’s capital. Events spread across the city include a full-day music concert with impressive headliners, a citizenship ceremony where you can watch new Canadians joining the clan, street performances, an evening parade and a massive fireworks display from two barges in the inlet. For 2017, the city is digging deep into its roots and hosting an eleven-day First Nations’ festival where traditional and contemporary events let you experience a side of Canada less frequently witnessed. Other ethnic communities have also committed to joining the celebrations, promising a party of dizzying diversity.

With a history and some remnants dating back to New France, Montreal’s spirited Old Town is a living museum. Each year on July 1st, the port swells with national pride and Canada Day celebrations with a French-Canadian twist. Canons, cake and hockey, along with music and plenty of family-friendly events are like beacons to Canadians looking to party. Join them!

Travelling across the nation, this multimedia dome village offers a 360-degree view of Canada, giving you the opportunity to get an eyeful of life on the other side of this vast land. Ice fish in the north, visit Victoria’s historic Chinatown and run through the red sand beaches of PEI as you visually escape on a cross-country journey that celebrates Canada’s diversity and beauty. Accompanying the surround theatre, performances by local artists take place in adjoining domes, telling the interactive story of what it means to be Canadian. Follow it and find it at SESQUI (sesqui.ca).

With enough civic pride to make you wonder if it’s added to the water, Alberta’s cowboy city never turns down the chance to party. On any given year, a quarter of a million people come out to celebrate the nation’s birthday and, with added funding and plenty of fanfare, 2017’s beefed up party is sure to be colossal. Take part in the Living Flag, check out the traditional Powwow and explore markets and neighborhood street parties, along with a musical lineup on Riverfront Avenue. Calgary’s mayor says 'sesquicentennial' sounds both dangerous and delicious; the city’s unfettered celebrations are likely to make you feel the same.

If you’re looking for an authentically Canadian experience that’s boisterous but has a slightly more small-town feel, pack your bags and your Klondike regalia for Dawson City. The pancake breakfast, parade, paddle races, country picnic, stern-wheeler tours, bannock fry up and shadow puppet show have no trouble taking you back to the gold rush days. Cancan girls and gold panning competitions are simply icing on the cake.

If you’ve never experienced the prairies, this Canada Day will give you an eyeful. Events like Canada’s Strongest Man and German polka performances don’t make it to many other stages across the country, but they make this birthday party one of the most entertaining. Beer gardens, a Powwow, kids’ activities, fireworks and plenty of live bands with names like Doug and the Slugs keep it well rounded. You may well come away with your face painted and an oompah-pah in your step. 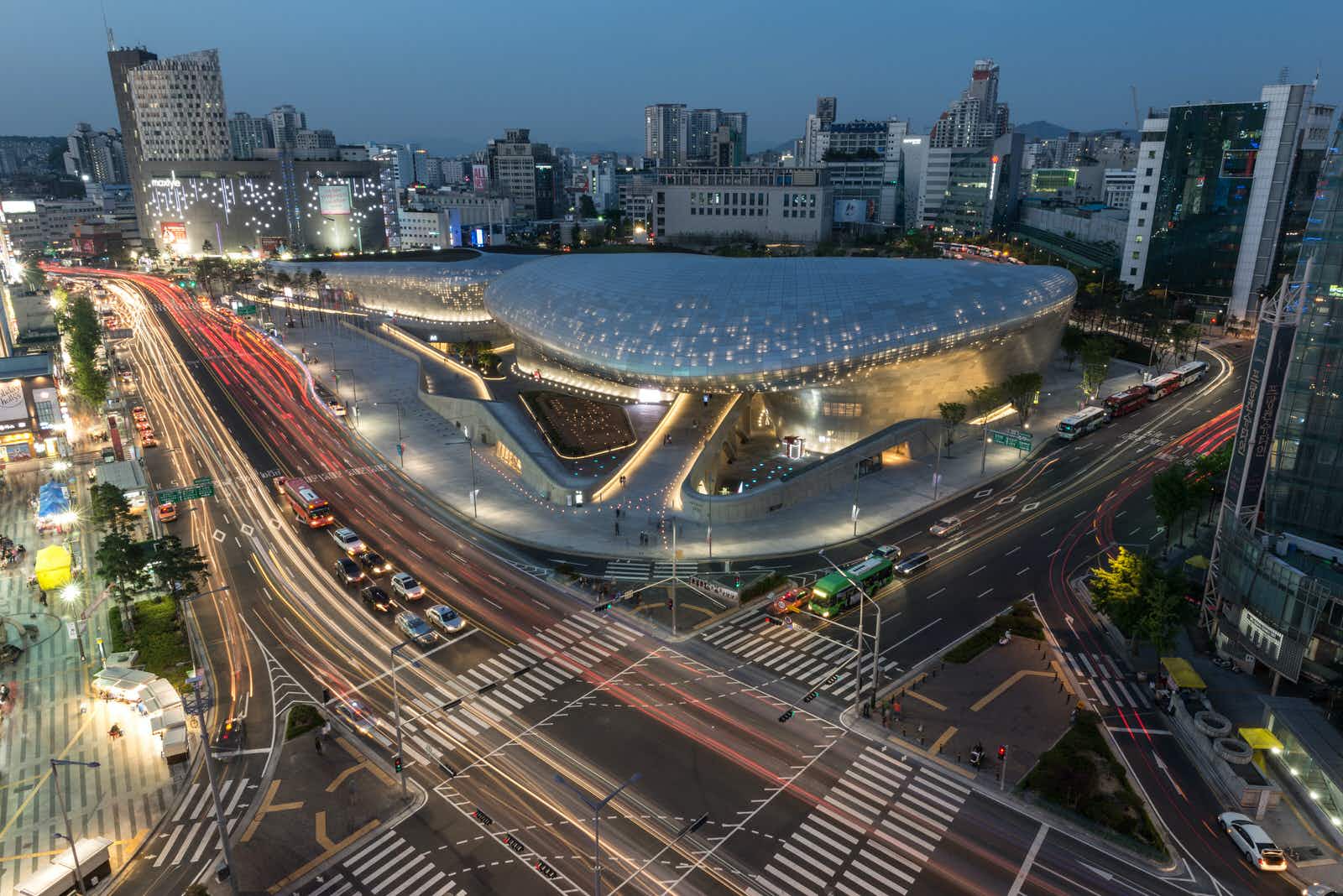 Seoul’s dynamic cityscape: an architectural tour through the South Korean… 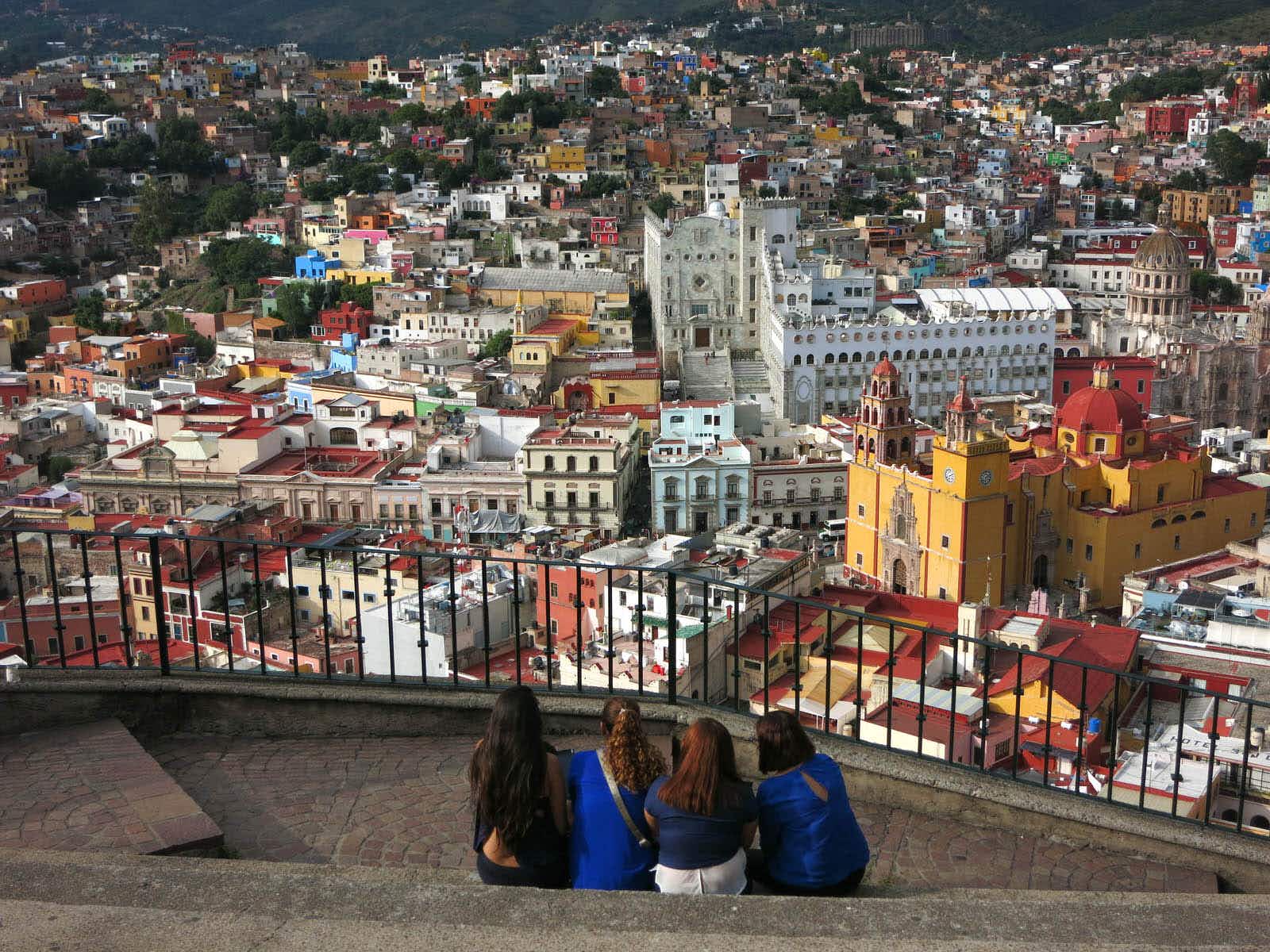