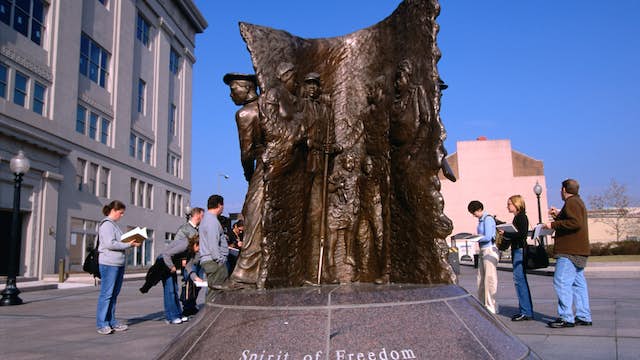 Standing at the center of a granite plaza, this bronze memorial, Spirit of Freedom, depicting rifle-bearing troops is DC’s first major art piece by black sculptor Ed Hamilton. The statue is surrounded on three sides by the Wall of Honor, listing the names of 209,145 African American troops who fought in the Union Army, as well as the 7000 white soldiers who served alongside them.

To look up individual names and find their location on the memorial, check the website's 'Colored Troops Search.' To reach the plaza, depart the Metro station via the 10th St exit (follow the ‘memorial’ signs as you leave the train).