Savannah is known as the 'Hostess City of the South' – and a good hostess will stuff you to the gills with all things battered and fried before sending you on your merry way. This is a city where people come to indulge in decadent, traditional Southern and soul food, but top chefs are also reimagining things with a 'New South' cuisine, where classic themes and ingredients meet innovative preparations. With Savannah's proximity to the ocean, seafood features heavily on most menus, and good grub doesn't stop at Southern staples – fans of diverse international fare can find great options, too.

Dubbed the Creative Coast (with a local entrepreneurial organization of the same name), Savannah boasts a vibrant arts and design scene that's fueled not only by the Savannah College of Art & Design (SCAD), one of the finest art schools in the country with students and faculty from far and wide; but also bolstered by the natives and transplants whose initiatives make the arts more inclusive and accessible. From superb museums and galleries in the Historic District to the Starland section between Midtown and the Victorian District catering to locally crafted pursuits, creativity is the lifeblood coursing through Savannah's artsy heart.

As the first city and original capital of Georgia – the last of the 13 British colonies before the United States were formed in 1776 – Savannah's history is robust and replete with accounts to keep any buff wandering its streets, squares and haunts (many are known to actually be haunted) in pursuit of storied tales. There are historic buildings and monuments around every turn and tours for all tastes, shedding light on topics like the establishment of the city, Savannah's role in the transatlantic slave trade, the siege that became the second deadliest battle of the Revolutionary War – and that's just the beginning.

Savannah knows how to have a good time – and we're not just talking the throngs of green-clad party-goers who descend upon the city for St Patrick's Day (Savannah's celebration is second only to New York City for the largest in the world). Though a modestly sized city, the nightlife turns up year-round. The watering holes are aplenty, from the tourist-frequented hubs along River St, south to the bumpin' dance clubs on Congress St, and to the locals' dives in the Victorian District. The best part? You can take boozy drinks 'to go' in plastic cups and saunter through downtown without dropping that buzz.

Show all
Show all attractionsMore in Savannah 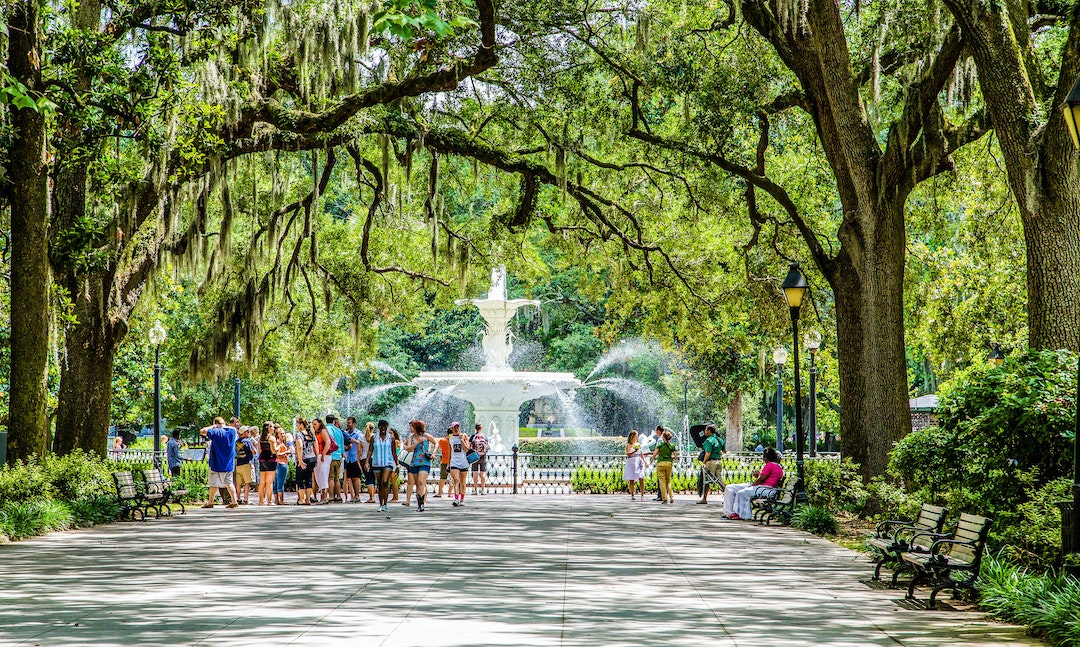 Savannah vs Charleston: which Southern gem to visit in 2022

The proximity and historic character of Charleston, South Carolina, and Savannah, Georgia, have led to many comparisons. Here's how the two cities stack up.

These are our favorite local haunts, touristy spots, and hidden gems throughout Savannah.

Is this the most Instagrammable city in the South?

Ready to go? Get to the heart of Savannah with one of Lonely Planet's in-depth, award-winning guidebooks.