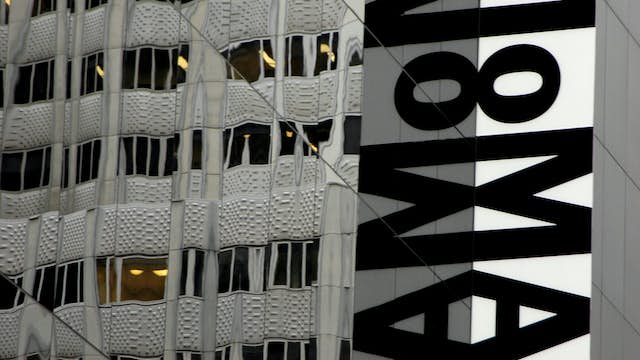 Superstar of the modern-art scene, MoMA's galleries are a Who’s Who of artistic heavyweights: Van Gogh, Matisse, Picasso, Warhol, Lichtenstein, Rothko, Pollock and Bourgeois. Since its founding in 1929, the museum has amassed a stunning collection of around 200,000 artworks, documenting both the emerging creative ideas and movements of the late-19th century and the ideas breaking through today.

For art buffs, it's New York’s Valhalla; for the uninitiated, it's a thrilling crash course in all that is beautiful and addictive about art. Unsurprisingly, it's one of the top things to see in New York, and the gallery can get very busy – an early morning visit, before the crowds descend, is the best way to enjoy the collection in relative peace.

Displayed in a glass-fronted building in Midtown, MoMA's permanent collection spans multiple levels, with a range of disciplines all displayed together in chronological segments (1880s–1940s, 1940s–1970s and 1970s–present). For art buffs in a rush, the fourth and fifth floors have the lion's share of the landmark artworks.

The work on display rotates every six months so it's hard to say exactly what you'll find on display in which space, but Van Gogh's phenomenally popular The Starry Night is usually a sure bet, and a perennially popular theme for museum souvenirs. The gallery’s 1935 van Gogh exhibition played a major role in launching America’s enduring love affair with the Dutch impressionist painter.

Other highlights of the European collection include Picasso's ground-breaking Les Demoiselles d'Avignon, Henri Rousseau's spooky The Sleeping Gypsy, Salvador Dalì’s dripping The Persistence of Memory, Henri Matisse’s liberating The Dance (I), and several of Claude Monet’s imposing Water Lilies paintings. The collection of 3D artworks includes pieces by such dexterous greats as Umberto Boccioni, Giacometti, Méret Oppenheim, and even Picasso.

As this is one of America’s top collections, it should be no surprise to see American artists well represented. Iconic home-grown artworks include Warhol's Campbell's Soup Cans and Gold Marilyn Monroe, Lichtenstein's equally poptastic Drowning Girl and Hopper's poignant New York Movie. If you’re unfamiliar with American art, this is your chance to get up to speed with the greats.

If gallery fatigue sets in, recharge in the outdoor Abby Aldrich Rockefeller Sculpture Garden, or catch a film at one of the gallery's theaters; same-day tickets are free with admission (see www.moma.org/film for listings). Families can take advantage of special tours and art talks geared for kids or drop by the Family Art Lab to create artworks of their own.

Rather impressively, MoMA grew to its present vast size from an original gift of just eight prints and a single drawing. The idea for a gallery devoted solely to modern art – a radical proposition for its time – was first put forward by art collectors Lillie P Bliss and Mary Quinn Sullivan, and socialite Abby Aldrich Rockefeller, wife of oil mogul John D Rockefeller Jr. The gallery first launched in a modest space in the Heckscher Building at 730 Fifth Avenue in 1929.

As the collection expanded with new gifts, bequests and acquisitions, the gallery moved to ever larger premises, finally settling on its present site in 1939. Architect Cesar Pelli doubled the gallery space in 1984, and a massive redesign in 2019 added another 40,000 sq ft (3716 sqm) of gallery space, including the new 4th-floor Marie-Josée and Henry Kravis Studio for performance and other experimental art.

Prebook tickets online to beat the lines on the day. Come half an hour before opening time to enjoy the galleries as soon as they open, before the crowds descend. Audio guides are free, available on a device from the museum in several languages or via an app or browser on your phone. Check to see if free Friday night opening has resumed.

Hotels near the Museum of Modern Art

If you want to stay bang in the heart of Midtown you’ll need a Rockefeller-sized budget.