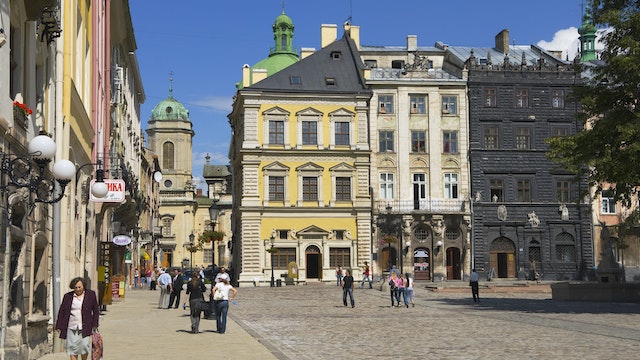 Lviv was declared a Unesco World Heritage Site in 1998, and this old market square lies at its heart. The square was progressively rebuilt after a major fire in the early 16th century destroyed the original. Around 40 townhouses hem the square's perimeter. Most of these three- and four-storey buildings have uniform dimensions, with three windows per storey overlooking the square. This was the maximum number of windows allowed tax free and those buildings with four or more belonged to the extremely wealthy.

Pl Rynok is at its best on summer evenings when crowds of people emerge to enjoy the buskers, beer and generally good-natured atmosphere.